Leonard Fournette: 'My game will transfer to the NFL' 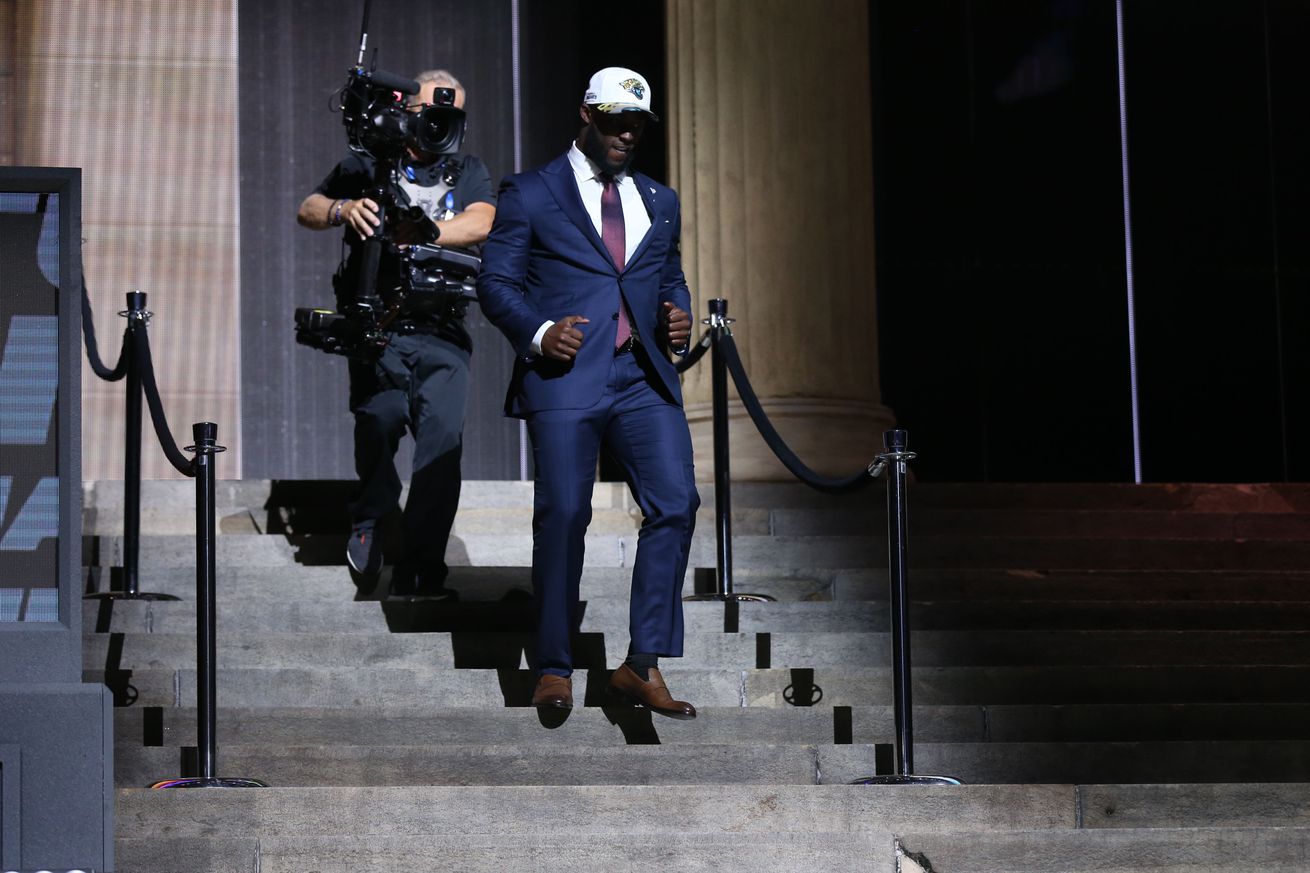 The Jacksonville Jaguars used the No. 4 overall pick in the 2017 NFL Draft on LSU running back Leonard Fournette, a big bruising running back with home run speed. Fournette was the chalk pick, pegged to the Jaguars around October of 2016 and held that spot the vast majority of the time because the team's run game has been atrocious since Maurice Jones-Drew left. It was a definite need and the team felt they had to pull the trigger on the top back in the class.

Empire of Language- Prelude-Metaphors…
You Say Covid-19, I Say Hangar 18!
4 Unpleasant effects of Drugs On Phys…
Five names for my depression
What is Conversion Tracking? How to S…

As mentioned, Fournette is a bruising running back at just over 230 pounds with home run speed. A lot of his runs at LSU got him to the second level quickly where he quite literally ran over linebackers and defensive backs. LSU also used a lot of toss plays to let Fournette get up to speed and turn the corner for chunks of yardage. Simply put, Fournette's game is to run at you with speed and power, more so than run around you or make you miss.

"Most definitely," Fournette told reporters on a conference call Thursday evening after the Jaguars selected him, when asked if his running style translates. "I know I am willing to do whatever to help the team out. I know my running and my running style, my game will transfer over to the NFL."

With the moves in NFL free agency and the selection of Fournette, it's clear the Jaguars want to get back to being a bruising, physical type of team that beats you up. It's hard to disagree with that thought process, because that's when the Jaguars have been their best. Even with the stellar offense in the '90's,  ultimately the Jaguars were a team that ran the football and played defense. Fournette helps get the Jaguars there on the offensive side of the ball.

"I mean yeah, of course," Fournette said when asked if he's more than just a pounder. "I mean yeah, a lot of people think I'm a big, bruising guy who can't make anybody miss if I don't run them over or hit them or anything. I mean, I have a lot to show this season coming up and I will."

While I'm not going to say Fournette will jump-cut someone out of their cleats, he does have scary speed for his size once he gets going and can beat defenders to their angles and make them look silly. It's a big reason LSU used him so much on toss plays, because he could simply beat the defenders to the corner and turn up field for a huge gain.

If the Jaguars upgrade the offensive line in the second day of the 2017 NFL Draft, as most expect, they might be able to open up those lanes for the big mack truck to run through.

Leonard Fournette: 'My game will transfer to the NFL'