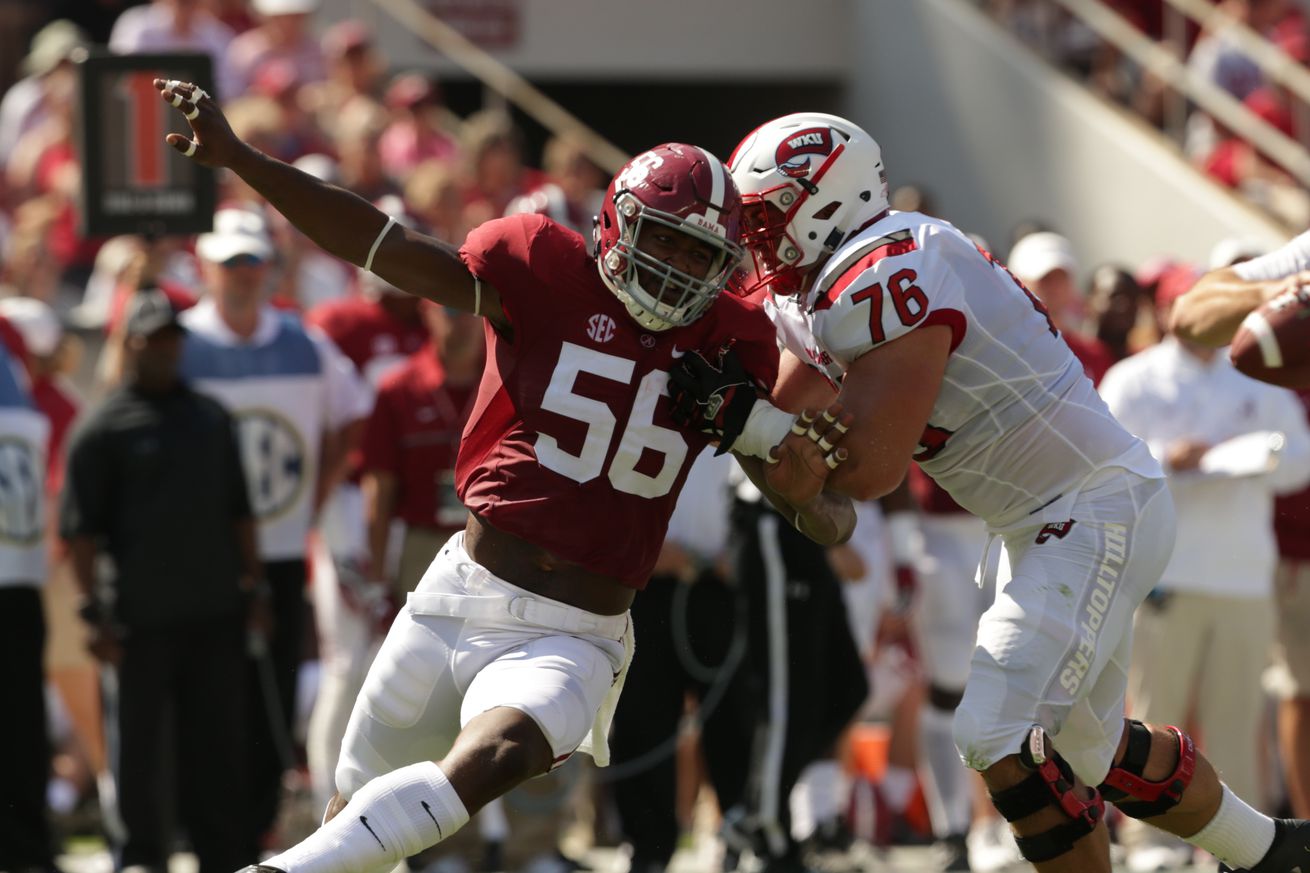 After selecting Leonard Fournette with the fourth overall pick, how should the Jaguars approach the second and third rounds?

“With the fourth pick, in the 2017 NFL Draft, the Jacksonville Jaguars select...

An immediate upgrade at running back for the Jaguars sounds fantastic, but they have a lot of work to:

Knowing these things, let’s get to mocking the second and third round picks for the Jaguars!

The Jaguars must, and I mean must, add an offensive lineman before Day 2 of the NFL Draft is over in order to give both Fournette and Bortles a chance to make plays without as much pressure.

Forrest Lamp, the consensus best offensive guard in this draft, can immediately upgrade one of the guard spots. The big (6-4, 309 lb), athletic (5.0 second 40 yard dash, 111” broad jump, 7.55 second 3 cone, and 34 reps on the bench press) has started at left tackle for the Hilltoppers for the past two seasons, but his size will force him to play guard at the next level.

Lamp is a versatile lineman in terms of scheme, as he can play both zone and power run schemes, and has the athletic ability to take on interior pass rushers. He has often been compared to Zack Martin, and if that’s who he will resemble as a pro, sign me up.

The Jaguars don’t have much of anything at tight end. They signed Mychal Rivera from Oakland, but he’s simply average. Marcedes Lewis is getting older and older every year, and Ben Koyack and Neal Sterling flashed a little bit last year, but both are unproven former 6th and 7th round picks — The Jaguars need an upgrade.

Jake Butt is one of the best tight ends in this draft, but he tore his ACL in the Citrus Bowl against Florida State back in December. However, he has been doing drills and rehabbing well since the injury and should be ready to play during the 2017 season.

Butt is a pro-style tight end who will line up in-line in a power scheme and work as both a blocker and receiver, possessing great hands and knows how to work the middle of the field. He’s powerful after the catch as well, and is always fighting for more yards.

The main reason I want Butt, the “tight end”, is because he has been endorsed by Charmin toilet paper. This all adds up perfectly to ensure his future All-Pro status.

So, after taking Leonard Fournette in the first round, I project the Jaguars will go offense-heavy in rounds two and three in drafting a guard and a tight end. What do you think the Jaguars will do with the 35th and 68th picks in the draft?

11 Must Read Books for the Unconventional Businessman

The Big Y test from Family Tree DNA can knock your socks off!

The holographic principle: Is it real or unreal?