Tom Coughlin: 'We need players to put the ball in the end zone.' 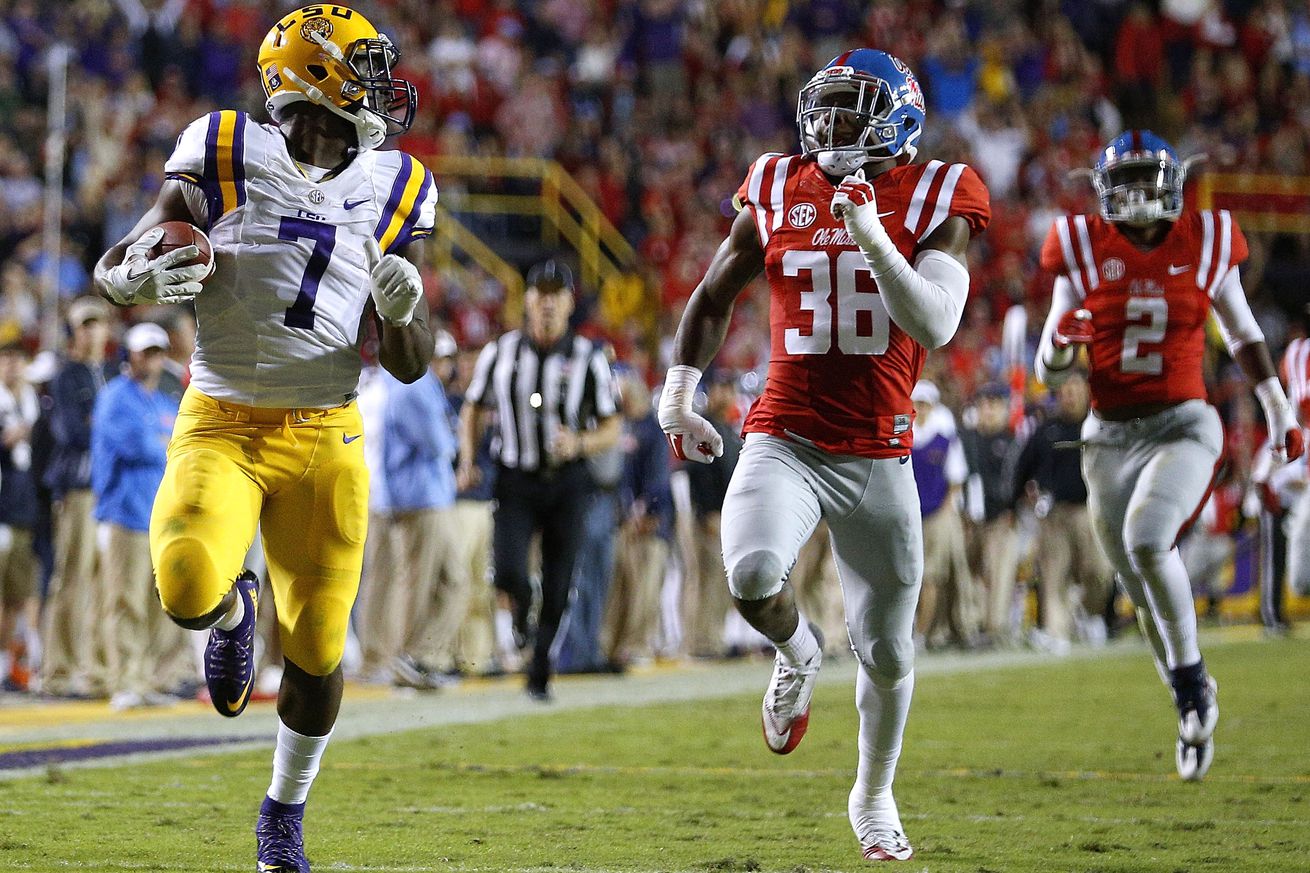 The reason the Jacksonville Jaguars picked LSU running back Leonard Fournette with the No. 4 overall pick was actually quite simple, at least how VP of football operations Tom Coughlin tells it.

One of the big downfalls for the Jaguars the past few seasons has been scoring in the redzone, because the team has relied so much on Blake Bortles to pass the team into the endzone. The team had just eight Rushing Touchdowns in 2016, a good chunk of which were from Bortles running the ball. Even in the 2015 season that saw the Jaguars scoring spike, thanks in big part to 35 touchdown passes by Bortles, the team only scored five rushing touchdowns, two of which were from Bortles.

He's not going to Toby Gerhart on the goal line, regardless of who the Jaguars trot out on the offensive line.

"He is powerful, obviously. You like him at 228-230 pounds, right in that area. He is fast. At his pro day he did catch the ball and give the idea that he certainly could do that. I really don't have any question if he can play on all three downs," Coughlin said about Fournette's running style. "We can obviously conjecture about a lot of things, but in the (shot)gun, how is he going to be in the gun? We have seen a lot of good backs run some very strong running combinations from the backfield in the shotgun too. Whatever, I think he will learn and be able to do whatever we ask him to do. He is powerful. He can step on the gas and make the big play. He's ratcheted up a few safeties along the way, which I'm sure many people are very much aware of. "

The Jaguars will need to add some talent to their offensive line to help support Fournette getting to the second level, where he's really dangerous, but thankfully a few of the top tier offensive lineman are still available for the second round.

Tom Coughlin: 'We need players to put the ball in the end zone.'