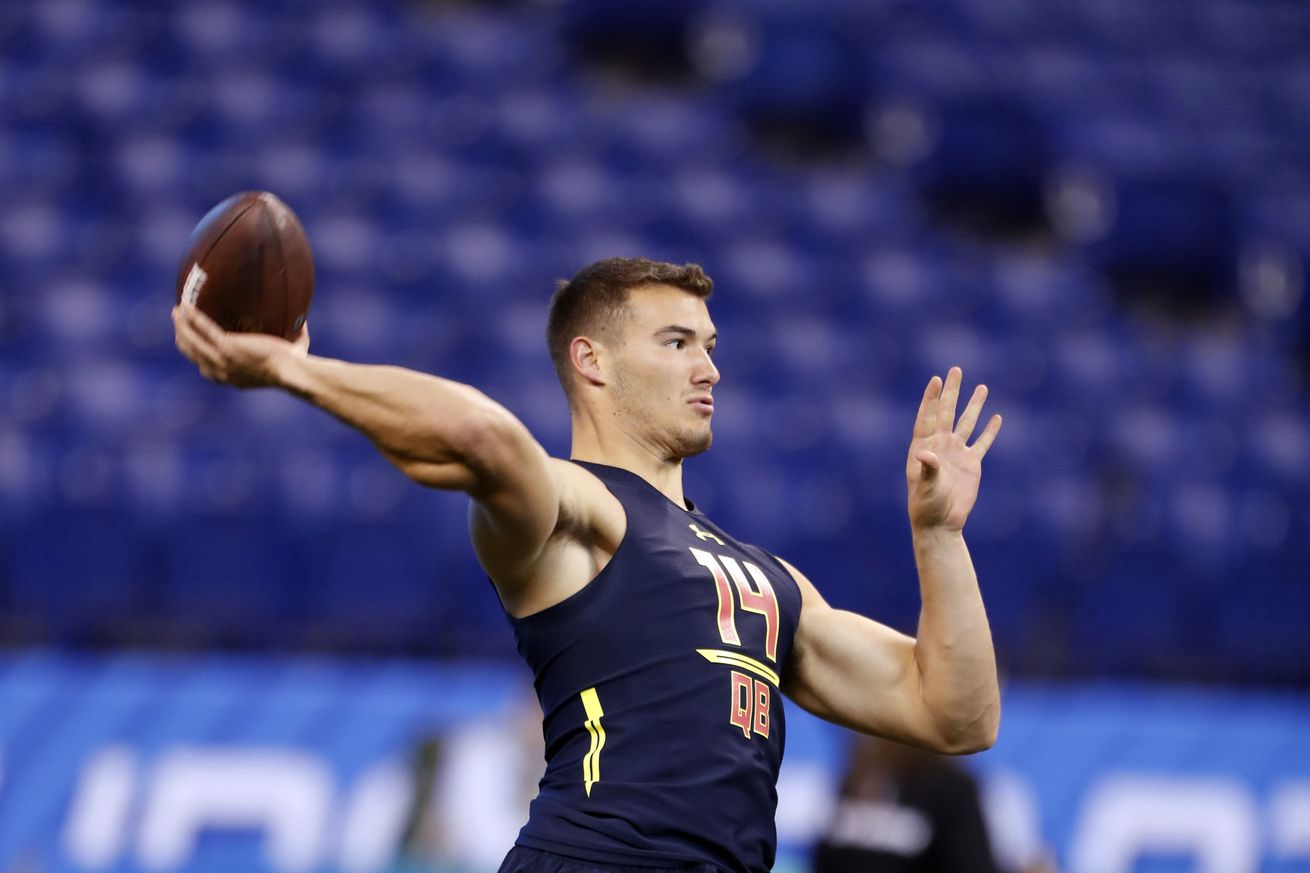 The 2017 NFL Draft is quickly approaching on Thursday evening, which means Rumors are going to come hot and heavy. The latest hot rumor is that quarterbacks could go first and second overall in the draft, but most notably Ian Rapoport of NFL Network is reporting that the San Francisco 49ers are considering picking a Quarterback, namely Mitchell Trubisky, with the No. 2 overall pick.

Here's what Rapoport had to say:

According to several sources with knowledge of the team's thinking, the 49ers are still strongly considering taking a quarterback second overall. That would be somewhat of a surprise, considering they signed presumptive starter Brian Hoyer and Matt Barkley in the offseason -- and they have Redskins quarterback Kirk Cousins potentially as an option for 2018. Taking a quarterback high would likely end any chance at Cousins.

The 49ers in some way hold the keys to the 2017 NFL Draft. Their pick could change the face of everything else, assuming the Cleveland Browns stick with Texas A&M defensive lineman Myles Garrett at No. 1, the second pick can change the course for the rest of the Top 10. Say the 49ers do pick a quarterback at No. 2 overall, which means that the Chicago Bears could go anywhere and it would guaranteed one of Solomon Thomas, Jon Allen or Leonard Fournette will be available with the No. 4 overall pick, which the Jacksonville Jaguars currently hold.

It would also put a lot of trade value in both the picks for the Bears and the Jaguars, because a quarterback pushes other good players down the board.

It will be interesting to see how everything turns out and this has been one of the more fun drafts leading up, as there is so much unknown in the Top 10 even a few days before the draft.