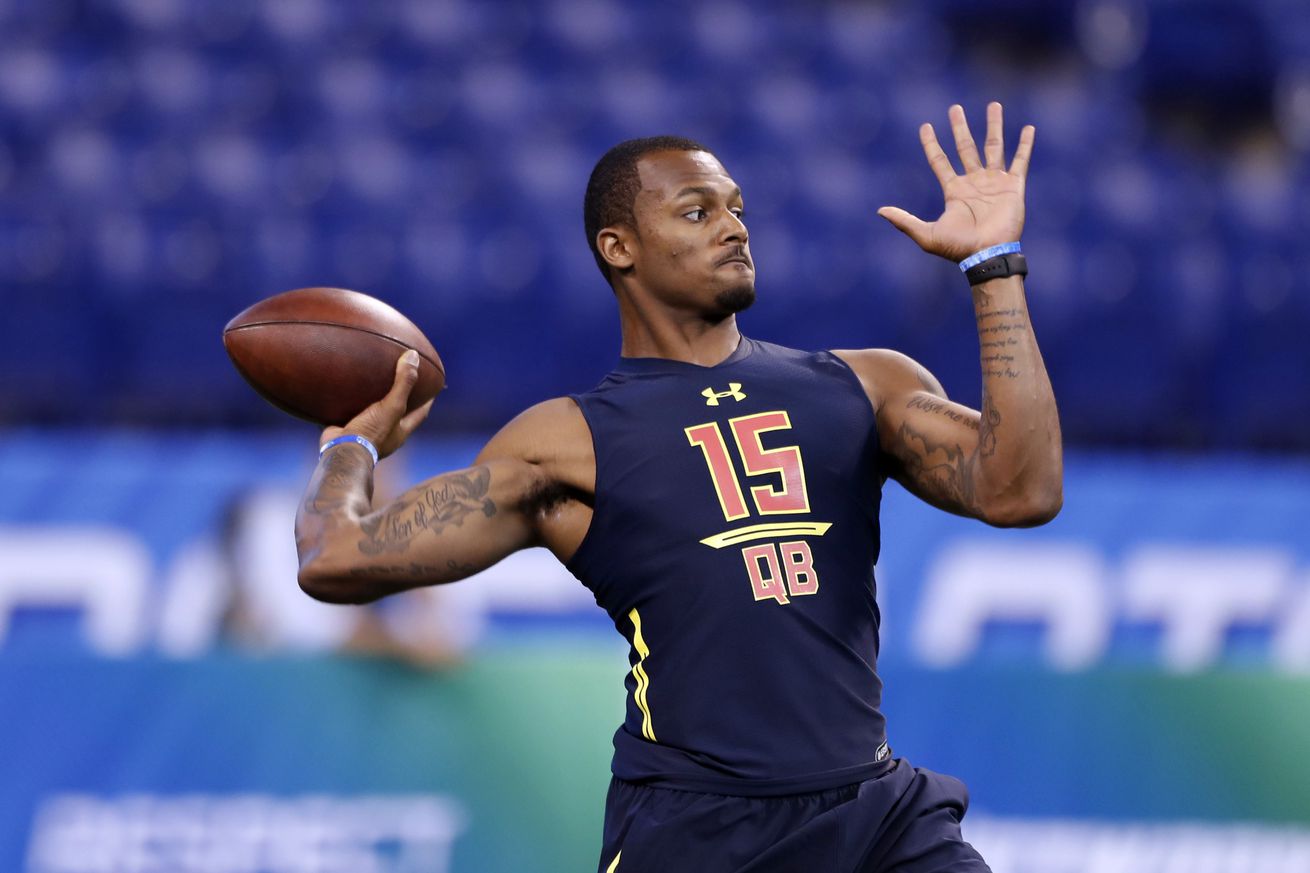 The 2017 NFL Draft is just a mere three days away. A lot of the discussion surrounding the draft right now is focused on what the Jaguars will do with the fourth overall pick, with several people expecting a surprise selection. In his latest mock draft, Charlie Casserly has the Jaguars pulling off not one, but TWO major surprises.

CBD 2020: What to Expect + Our Top Pr…
Analyst Believes that Ethereum Prices…
How to Love Mondays and The Rest of T…
Portable Oxygen Concentrator – A Boon…
Best Gaming PC Build for 1440p: Under…

(PROJECTED TRADE UP WITH JAGUARS FROM NO. 12) School: North Carolina. Browns can't wait on this trade; Trubisky won't be there at 12.

(PROJECTED TRADE DOWN WITH BROWNS FROM NO. 4) School: Clemson. Blake Bortles is in the last year of his rookie deal. Tom Coughlin will love Watson's leadership.

Oooh baby, this would certainly make things interesting. These moves would allow the Jaguars to not only get their future quarterback, but also pick up some additional draft assets as well. The only problem I see with this scenario is that if the Jags like Watson enough to pick him at twelve, they probably wouldn't risk losing him by dropping down from number four. The return on the trade would have to be substantial, which seems unlikely.

But if this scenario did play out, what could the Jaguars expect to receive in return? We might have the answer, thanks to Rich Hill over with our friends at Pats Pulpit. Hill recently posted a ‘current’ trade value chart, based on every trade made under this CBA.

Corrected new draft value chart, based on every draft trade since the new CBA after the 2011 draft. pic.twitter.com/ioBsC62xL4

Looking at the chart, we can see that dropping from number four to number twelve would leave a differential of 24.86 points. The Cleveland Browns currently hold the 33rd and 52nd picks in the 2nd round, and with respective values of 31.24 and 18.99, one of those picks alone seems unlikely, unless Cleveland is willing to give up 33 to make the jump. So let’s assume they want to hold on to that pick, and instead are going to make a package centered around pick 52. They would still need 5.87 points, so they could send their 4th round pick (108th overall), which would add an additional 5.26. That would probably be close enough, but they could also send pick 185(.94 points) to tip the scales a little in the Jags favor.

As I mentioned above, I think if the Jags like Watson enough to take him at twelve, they’ll just take him at four. But if you could promise me that they could make this move and still grab him, I’d be all for it. I’m assuming that you being for or against this move really just depends on whether or not you like Watson, but feel free to give us your thoughts in the comments!