Should the Jaguars re-sign Tyson Alualu? 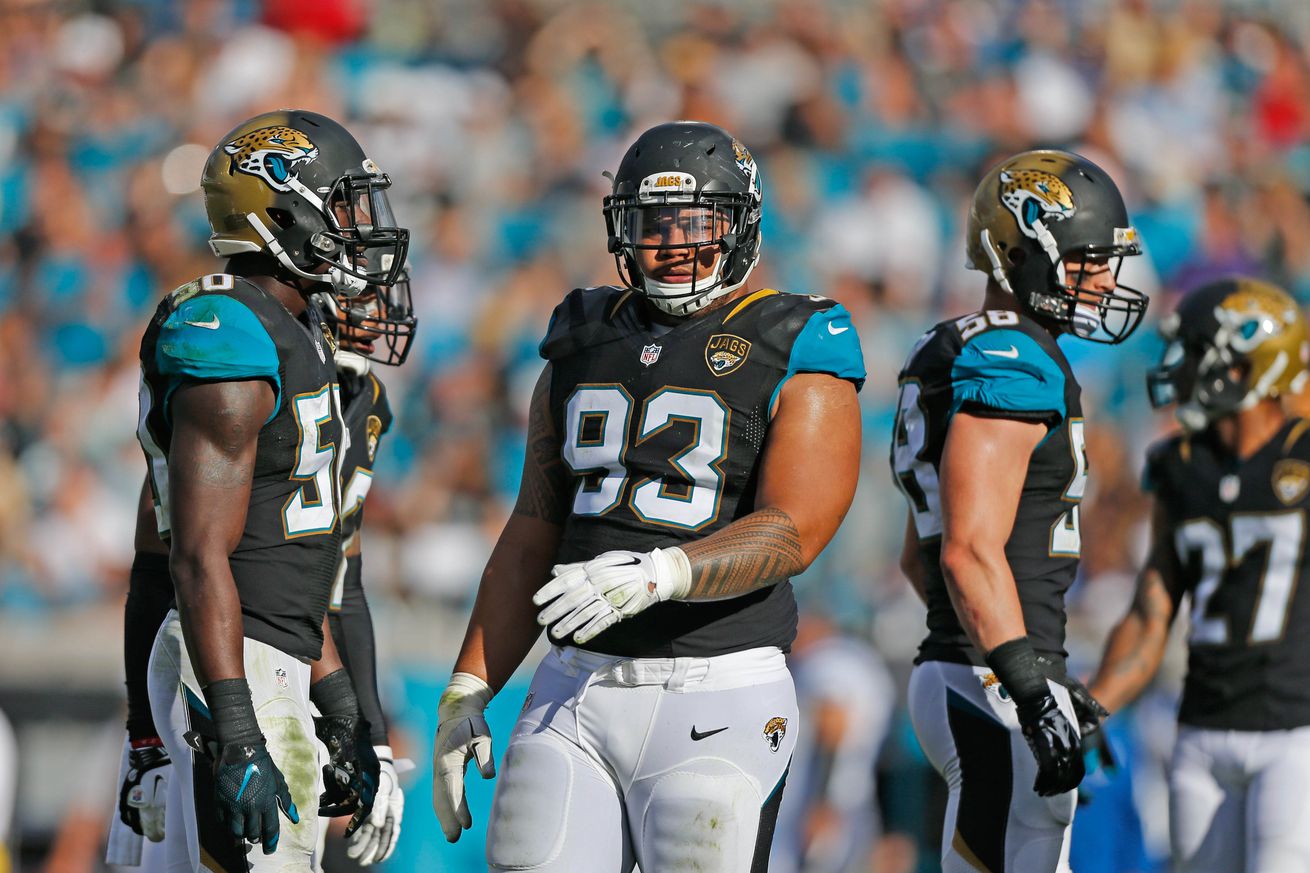 The next impending Jacksonville Jaguars free agent that we will look at is defensive lineman Tyson Alualu, who if many had their way would have been cut about four years ago. Alualu, 29, was originally drafted by the Jaguars with the 10th overall pick in the 2010 NFL Draft, a pick at the time that was kind of out of left field and widely criticized. Most of the criticism however stemmed from the fact that the Jaguars selected Alualu with he-who-shall-not-be-named still on the board.

In college at Cal, Alualu was a disruptive force on the defensive line at multiple positions and carried that over to the 2010 Senior Bowl, where he turned heads in Mobile, AL. Alualu continued to impress by showing off his athleticism at the NFL Combine and eventually made his way to being a Top 10 pick, though most expected him to go near the end of the first round or early in the second round.

His first season with the Jaguars was a little bit of a mixed bag, as right off the bat when he arrived after signing his deal then head coach Jack Del Rio made Alualu do an Oklahoma Drill, in which he injured his knee and later required micro-fracture surgery. Alualu started all 16 games his rookie year and was "solid", but given where he was picked and who he was picked over, his continuously solid performances were often criticized by fans despite being named to some All-Rookie teams.

When the team hired Gus Bradley in 2013, the team shifted Alualu from defensive tackle to strong side defensive end, a position he played a lot of in college, and it seemed to restart his career. Despite the fact that the team paid a lot of money for Jared Odrick in the 2014 offseason, Alualu was still able to force his way on the field and earn snaps with his play. He's proven to be a sturdy, reliable and versatile defensive lineman during his time with the Jaguars.

At this point in his career, I'm not sure if the Jaguars will be bringing Alualu back and I wouldn't be shocked if he tested the open market. Despite what many fans think, he is a good football player who at worst is very good depth at multiple positions. Alualu's future in Jacksonville likely depends on what kind of defensive scheme that Todd Wash decides to install, which is rumored to be a 4-3 under front (similar to what the Jaguars ran under Gus Bradley, but different). Either way, Alualu isn't likely to command an expensive contract in free agency, but don't be surprised if multiple teams are interested in his services.

How to Live an Independent Lifestyle You will Love

John Duran – The Mayor Of West Hollywood Alleged Of Harassment, Asked To Step Down

Should the Jaguars re-sign Tyson Alualu?