5 Observations from the Jaguars 25-16 loss to the Vikings 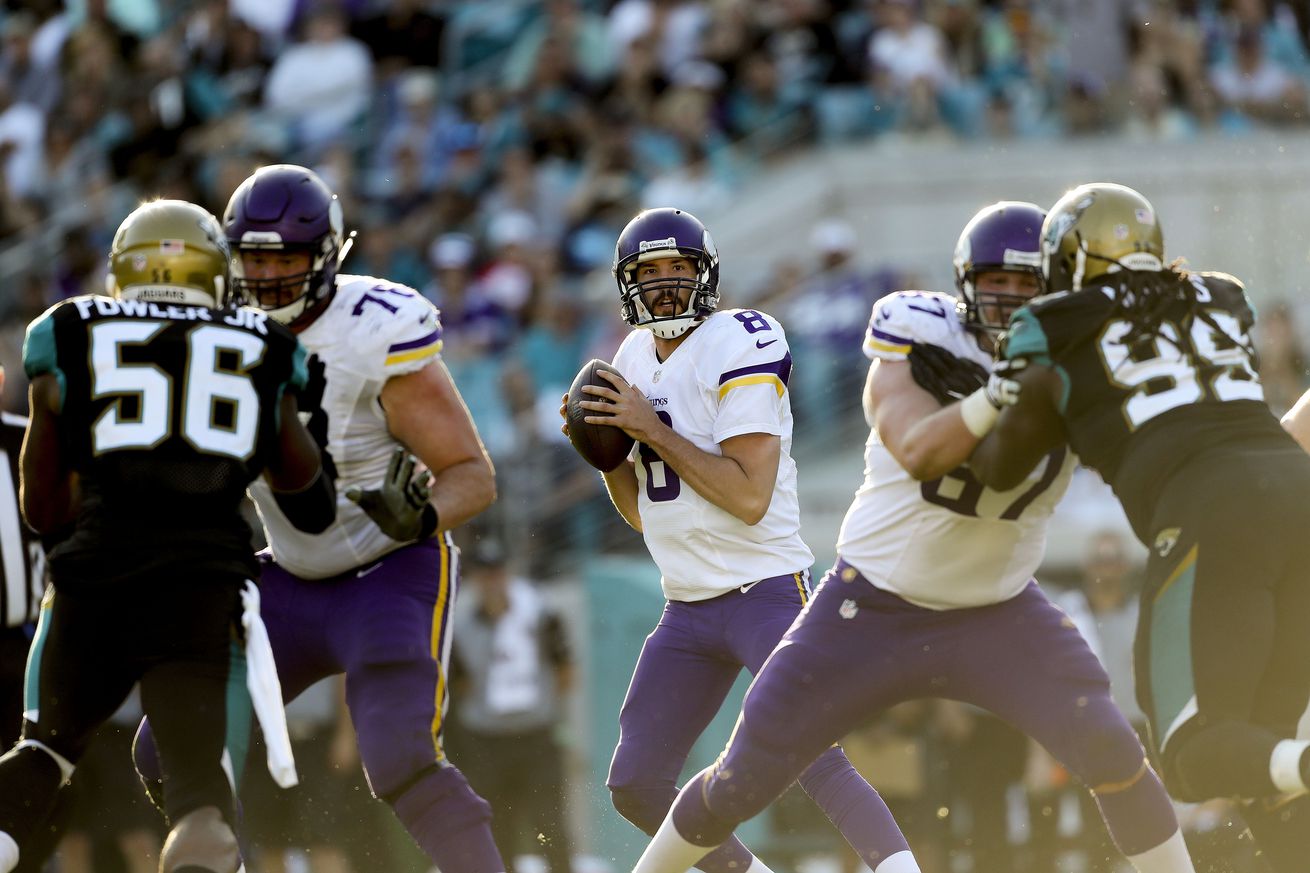 1. I've held up hope for as long as possible, but I'm finally fully off the Bortles bandwagon

Obviously Blake Bortles hasn't had the season most of us thought he would. I don't think anyone can say he hasn't at least been disappointing. However, some of us, including myself still held out a small hope that he still had a chance to be good. Maybe he still does, I don't know, but watching this game today I couldn't help but think "Is this guy fixable? Is he even good enough to have the patience to try and fix?". The offseason will ultimately playout, and we will see what happens with Bortles. However, today's game just emphasized a lot of his weaknesses, even without the killer pick six. The underthrown and overthrown balls, the indecisiveness, staring at receivers, and forcing the ball into coverage. We have 41 full games of evidence on Blake Bortles has a professional quarterback. Soon the "he is young just give him more time" is going to where off, and it already has for me. I'm not saying he is not salvageable, i'm just saying I no longer have much belief in him anymore.

2. The ineptitude of the special teams amazes me week in and week out.

Lets go through the special teams errors in todays game, shall we. Jason Myers missed a 41 yard field goal. Hayes Pullard was called for an illegal block on a kickoff. Myers takes a delay of game penalty on a kickoff (Seriosuly, how does this happen?). Brad Nortman had his punt partially blocked by Jayron Kearse. Oh, and Alex Ellis roughs the Vikings punter to give them a free first down on a 4th and 13. When is the last game this unit had any success? The Jaguars already aren't good, so being able to do the little things, like a lot of the special teams units have to do are important. Well, the Jaguars sucks at all those things too. This is just another factor into how poorly coached this team is, and something that adds to Gus Bradley's failures. At least when the Jaguars were bad 5 years ago they had good special teams. Remember Montell Owens and Kassim Osgood? Good times.

3. Marqise Lee's success is no longer an aberration, it is something to be accounted for at this point.

I was somewhat skeptical about Lee's first few couple of successful games, because we all knew he was a tease with his talent. However, Lee's play the last 2 months or so can no longer be considered just a lucky break, this guy can play. Finally being healthy has played a huge role in this for sure, but I also think Lee's confidence level is up too. He is making plays after the catch, and even his blocking has been stellar, including an excellent block today on a 3rd and 10 that helped Ben Koyack convert the first down. He also has shown the ability to make plays on balls in the air, even if they aren't perfectly thrown. If Lee continues his success the last three games of the season, the Jaguars will some real questions to think about this offseason.

4. Sen'Derrick Marks has looked like his old self again the last month or so.

Marks had maybe the biggest play of the game for the Jaguars on a 4th and goal form the 1 yard line for the Vikings. Marks was able to penetrate the backfield on the run, and stop Asiata a couple yards behind the line of scrimmage, giving him no chance to get in the end-zone. Marks' best quality has always been his first step, and about 2 years removed from his torn ACL, he seems to finally have that quick trigger back. Marks' role has obviously been more limited due to the addition of Malik Jackson, but have no doubts, Marks is still a playmaker on a Jaguars team that severely lacks them on defense.

5. Having zero sacks against Minnesota's banged up offensive line shows the pass rush still has a ways to go.

While the Jaguars Pass Rush is improved from last season, it is no where near where it needs to be in order for this to a be a top notch unit. Yes, Ngakoue has impressed in his rookie season, and Malik Jackson's numbers don't quite tell the story about how effective he has been, but overall this unit still needs a lot of work. Dante Fowler got absolutely worked in this game by a back up right tackle. I wrote earlier in the week about how we need to patient with Fowler, and today's game didn't bode well for that argument. The talent is there, and I think Ngakoue will improve has he goes into his career. However, the Jaguars should still look for ways to improve their pass rush, especially in the draft (cough cough Myles Garrett).

5 Observations from the Jaguars 25-16 loss to the Vikings