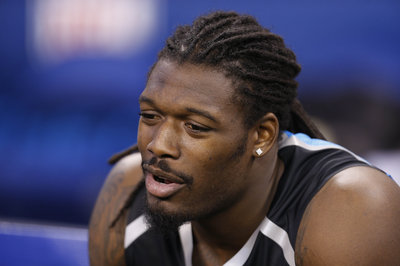 Potential No. 1 overall pick Jadeveon Clowney is having his pro day on Wednesday and you can watch it live.

The "glory" Pro Days with the quarterbacks in the 2014 Nfl Draft are over with, but there is still one more pro day the Jacksonville Jaguars will have a big presence at, which is the Jadeveon Clowney pro day on Wednesday afternoon. The Jaguars contingent will once again be there.

You can watch the Clowney Pro day live on Jaguars.com, as they've done with a few other pro days.

Clowney is regarded by many as the best overall player in the NFL Draft this year, but it doesn't necessarily mean he's going to go first overall in the draft. There is a very good chance he's on the board when the Jaguars are on the clock at No. 3 overall, so the big question will be do they run to the podium with his name on the card or do they try to auction him off to the many pass rush needy teams?

It will be interesting to see what the Jaguars do if Clowney is still on the board on draft day.