LET’S MAKE SOME TROPHIES FOR WEEK 1 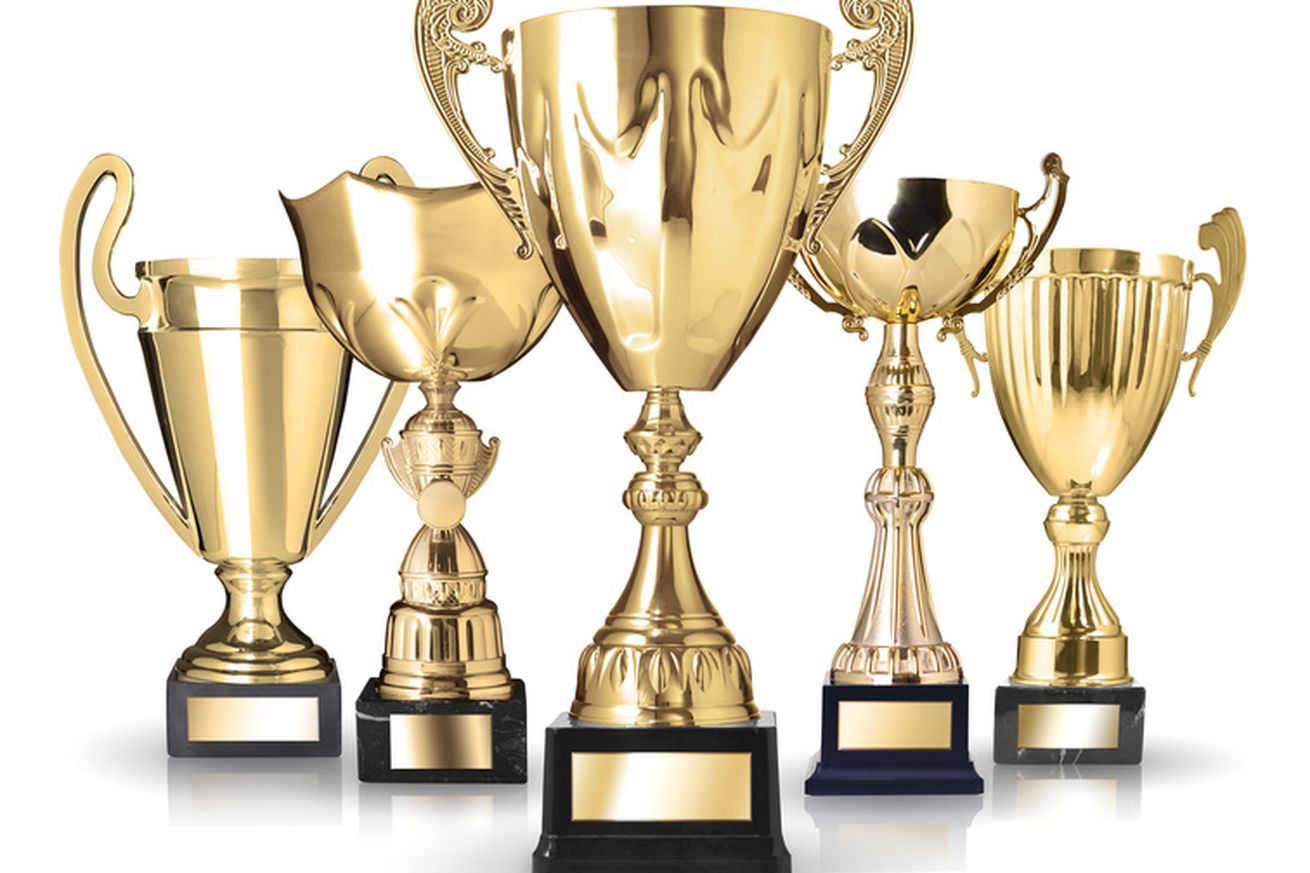 It may be only mid-June — a whole football-less summer wasteland spread out before us — but Week 1 will be here before we realize it. There’s only 71 days until the first full weekend of games kicks off (66 days if we count the Week 0 matchups between Florida-Miami and Arizona-Hawaii), and it’s time we start getting hyped up. One way to do that? Looking at the big rivalry games out there.

Okay, well. There’s not a lot of true rivalries in Week 1. Yet.

But maybe there’s some hidden gems in here? [pawing through bin] Something we can really get excited about? [picks up Indiana-Ball State, polishes it on t-shirt] [examines it in the light] [tosses it back in the bin] We’re just going to have to get creative.

Let’s look at some of the biggest trophy games of Week 1.

A year ago, this game looked different — a struggling G5 school visiting a P5 program that just made a splashy coaching hire in Chip Kelly. Of course, Cincinnati upset the Bruins en route to an 11-2 season, and UCLA stumbled out of the gate on their way to a disappointing 3-9 record. But that doesn’t mean the return trip of this home-and-home can’t be exciting!

Presenting: THE BATTLE FOR THIS AUTOGRAPHED PICTURE OF MICK CRONIN 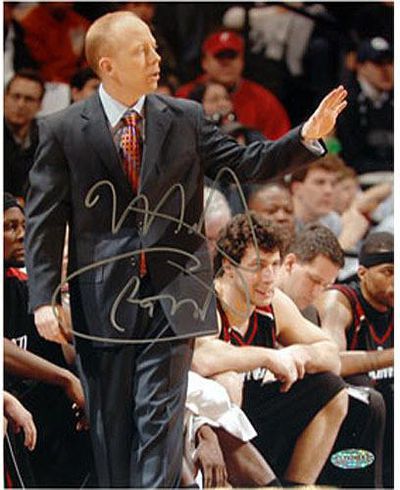 You have to figure tensions are going to be extra high, considering that former Cincinnati basketball coach Mick Cronin — fresh off another first-weekend loss in the NCAA tournament — was snatched up by UCLA after they’d exhausted literally every other possibility. The winner of this game gets possession of this autographed 8x10 photo of the coach (actual size!) — as well as the literally thousands of others sitting around.

The loser gets Mick Cronin himself.

This one feels like it should have a trophy already, doesn’t it? It’s a long-running series between two of the South’s oldest college football programs, both with serious amounts of history on their sidelines. But nope! It’s just the “Clemson-Georgia Tech rivalry”. That’s no fun.

Let’s try to think of some common elements between the schools. [thumbs through records] Ah, here we go. In their early days, both teams were at one point coached by legendary football figure John Heisman.

Presenting: THE BATTLE FOR HEISMAN’S TROPHY

Now, the name might not be familiar to many people, but-

[producers whispering in my earpiece] the what trophy

[more whispering in earpiece] well do they have any extras

Okay, we’re back. With THE BATTLE FOR THE 2005 HEISMAN TROPHY, WHICH THE NCAA SOLD US There appears to be a name scratched out on this? Whatever, it was cheap.

This game hasn’t been played much over the years — only seven times over the last 85 years — but it has all the trappings of a major intersectional rivalry. Two programs with similar profiles — the brainy private schools wedged into conferences full of flagship state landgrant universities, both schools who’ve managed to remain surprisingly competitive against their much-larger and less-academically stringent opponents in recent years.

But we need a hook. 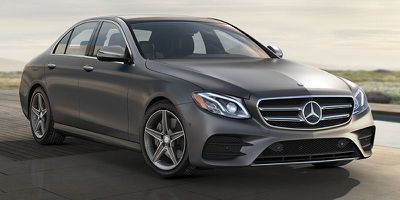 Because he’s getting a new one this year, and you’ll be damned if your brother Todd gets it.

This one’s already a marquee game for Week 1, one of the now-common neutral-site clashes at Arlington’s AT&T Stadium. The teams have only met once before, but it was certainly memorable — the 2011 Fiesta Bowl, where Cam Newton’s Tigers won a tight national championship clash against the Ducks.

Presenting: THE BATTLE FOR ADDITIONAL TOSTITOS. WE THOUGHT THE PREVIOUS GAME HAD BEEN FOR ALL OF THEM, BUT WE FOUND MORE IN THE BACK 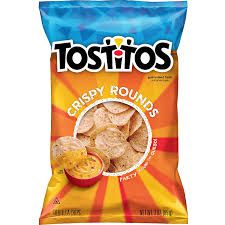 What? You just decided to get Pringles while I was back there looking for these? Well, screw you.

No one should be excited about this.

Sometimes teams Battle over an artifact, something that has emotional resonance to both teams. Take, for instance, the Little Brown Jug game between Minnesota and Michigan — the titular jug was brought to Minnesota in 1903 by Michigan head coach Fielding Yost, who was afraid the opposing fans would poison his water supply. (The early days of this sport are just so good.) In the pandemonium surrounding a surprising tie finish, it was left behind, and a trophy was born.

Now, Notre Dame and Louisville don’t have that kind of shared history — in fact, they’ve only played once, a 2014 win by the Cardinals — but with Louisville’s joining the ACC and Notre Dame’s scheduling arrangement with the conference, they’re slated to play much more frequently in the future. They just need a shared relic — like the jug, something they have in common, something that reminds them of a much more brutal time in their histories. 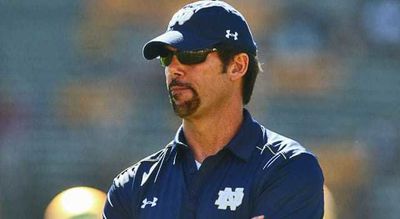 Well, I’m sure if you just asked any Louisville or Notre Dame fan, they’d be happy to-

On paper, this one ain’t great, despite it being an intersectional game between two P5 programs. The Cowboys stumbled after three straight ten-win seasons, posting a 7-6 mark that included a 3-6 record in Big 12 play. Meanwhile, the Beavers are just plain bad — nine wins in the last four years, and they haven’t played in a bowl game since the 2013 season. It’s probably most appealing a second viewing option in the late-game slot on Friday night, something to flip to if Colorado-Colorado State doesn’t hold our attention.

And yet, these teams share something essential. No, not on-field results — they’ve never met before. It goes deeper than that. It’s a question of pure identity. It’s a matter of being denied who they are.

It’s a matter of having to go by “OrSU” or “OKST” when that’s not the acronym of your university just because of some pissant school in the Midwest screwing everything up. But you can’t fight that red menace on two fronts. You’ve got to come to an agreement to oppose them together.

Presenting: THE BATTLE TO BE THE REAL “OSU”

The trophy is this hat, which was fabricated with the licensing permission of the Ohio State University, and itself stands as evidence that they don’t deserve the title. 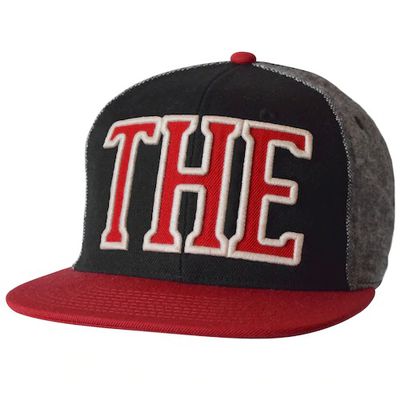 I have seen this hat in person.

LET’S MAKE SOME TROPHIES FOR WEEK 1