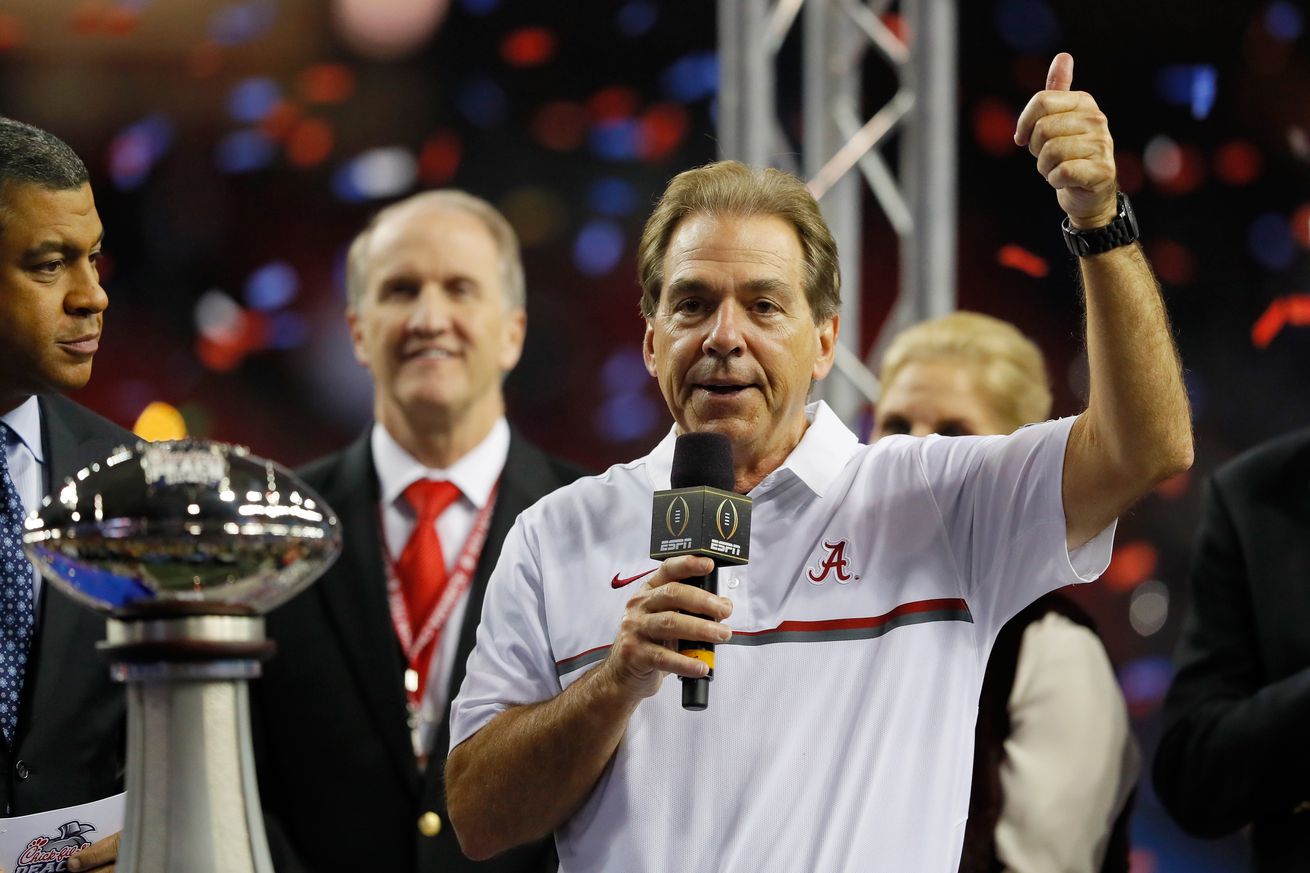 THIS HOME HAS 6 BRS, 5 BATHS, AND ONE Recruiting LOUNGE

This requires some backtracking. First, there’s this article on Thad Turnipseed, a Clemson guy who was an Alabama guy who serves/served as a kind of fixer for both programs. He works on construction projects, talks to people when the Coach can’t, does some social media administration, and generally fills in for the coach and makes things easier when a coach doesn’t want to deal with something. The job, at Alabama at least, was “to keep Nick happy.”

That’s all very interesting, especially when you read fun comments like this about the difference between Alabama and Clemson.

On the day of his initial visit to Clemson back in 2013, Turnipseed, a father of four, said that Swinney was “hugging every player, he’s asking about their extended family by name.”

“Just a totally different atmosphere at Clemson than it was at Alabama,” Turnipseed added. “I’m not saying better. I’m just saying different.”

Yes, just different, and definitely not My boss doesn’t like people making eye contact with him when he walks down the hall because he’s insane.

The other thing you might have missed—we did, at least—was the link to a Rivals article about visiting Alabama for recruiting, and in particular visiting Nick Saban’s house as a recruit. There’s a piano for conversation piecing and bonding, ten 4x4s for recreational riding around the estate, and a recruiting lounge. That is exactly what it is called: THE RECRUITING LOUNGE.

“Yeah, it’s a recruit lounge. That’s actually what he calls it,” said four-star athlete Deangelo Gibbs, an uncommitted prospect being pursued by Alabama. “He has everything in there. There’s just pictures of the team winning. He has his championship jewelry in there. There are trophies. Everything you ever dreamed of winning as a football player is in there.”

Oh, your coach doesn’t have a dedicated recruiting lounge in his house? Sorry, can’t relate.