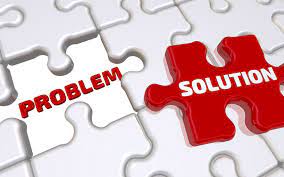 The players are the problem, not Mourinho. Yes, good morning and welcome to the blog that gives the solutions to Spurs problems, Tottenham Hotspur Blog News (THBN).
Spurs problems are easy to solve but the masses are non-believers so the simple cure remains hidden to them.
Hugo Lloris spoke after the Dinamo Zagreb game to reveal problems behind the scenes at Tottenham where those not being picked were talking to the press, well moaning would be more accurate.
Unfortunately for them, as they wanted to remain anonymous, Mourinho found out who they were and what they were saying.

5 Easy style hacks every woman should…
MICRO BUSINESSES
Sex on Your Period – Reasons to Do It
Top 10 Sites to watch Telugu Movies O…
Now, put yourself in Mourinho's shoes, would you pick those trying to stab you in the back?
As revealed previously, the main players at Tottenham are behind Mourinho and want the club to back him to turn the playing side into a thriving success orientated club.
Spurs are a distance from that because the mentality of the players is weak.
There are few Winning mentalities in the dressing room, Kane, Hojbjerg, Hart, Lloris, possibly Lo Celso, Son, Reguilon, Moura, Lamela.
Put Simply, a player has to totally buy into the manager and therefore his tactics.
If he doesn't, then it is physically impossible to give your best as your brain will react slower to situations and in making decisions.
You have to know what motivates a player to be able to tap into that, but most people don't know what truly motivates them?
Ask yourself why you get up in the morning?
A psychologist will unlock what ACTUALLY motivates an individual.
That is vital information to any manager. A player committed will produce a better performance than a player not committed who will simply give their professional best.
The two are on different levels.
The Spurs dressing room are not committed.
They have won nothing yet want things done their way.
Their way is simply enjoyment, not success.
Ask yourself this, why aren't all the other clubs outside the traditional top four regularly winning trophies?
Is that all down to their chairmen and owners too?
Is that all down to their managers too?
The culture has to change.
We need to lead the way using psychologists to train the brain to control emotions.
That reduces the anxiety a player like Davinson Sanchez so obviously feels, that's why he makes mistake after mistake every game, despite having the physical skills.
He doesn't have the mental skills, so why aren't we giving him them, why aren't we helping him develop them?
Why are we leaving it to chance?
As you know i have been advocating this for 7 years now and still nothing has changed.
The same mistake is occurring again and again.
Our current approach is basically, let's keep our fingers crossed.
The fans approach is to throw money at the problem.
Well that is the same thing, that is still simply keeping your fingers crossed a player has the right winning mentality.
I have written it many a time...
A winning mentality IS NOT simply trying to win a game of football.
That, quite frankly, is a losers mentality.
You see, unless you prepare every aspect of yourself physically and mentally and develop EVERY aspect of yourself both physically and mentally...
Then you do not have a winning mentality.
You are just a person doing their best within mental limitations.
If someone is better mentally, they will achieve more than a less developed brain.
Why then would you not do what heaps of other athletes do...
Develop their mentality...
Develop their thinking...
Learn to control their emotions...
Channel it all into a performance.
Why doesn't football do that?
Why is football still in the dark ages?
Stigma?
A subject most don't understand and therefore dismiss as poppycock?
Sound like you?
Chairmen, boards, managers, coaching staff are all humans...
They have the same mental blocks to it that you have...
Hence it doesn't happen.
Who should implement it?
A coach isn't going to take too kindly to a chairman introducing it...
And yet a coach isn't going to introduce it either, that's clear.
Surely for a progressive company, it should be company policy.
That help shouldn't be available as and when an individual feels they need it, as it is rare they would ever use it.
No, it needs to be compulsory.
It should be a part and parcel of staff development.
And players are simply staff.
If a player doesn't want to, then sell them.
Bring in players who want to be a part of an exciting development in the game.
It would attract the right mentalities to the club, winning mentalities who want to improve every aspect of their game, including their untapped mentality and motivation.
Anxiety = mistakes.
If you learn to control your anxiety, you reduce your mistakes.
Who then, would not want to learn to control their anxiety?
Davinson Sanchez is our biggest problem at the back...
He affects the performance of every other player because nobody can trust him completely.
That makes them anxious and they make mistakes.
Eric Dier was fine until he had to play alongside Sanchez, then he started making mistakes.
once that anxiety sets in then it will rear it's ugly head even when Sanchez isn't playing.
It isn't something you can switch on and off.
It's emotions a player feels when in a certain situation.
Those emotions have to be positive or he'll make a mistake.
The memory remembers mistakes and recalls them when the same situation arises...
Unless you have been trained to replace them with positive associations.
At the moment we are simply leaving that emotion control to the players...
And they, like yourselves, don't and probably can't without training, control their emotions in times of high stress.
You see people lose it all the time.
Footballers are just humans too...
Sometimes immature and in a cocoon with too much money too soon...
And thus no reason to improve further...
As they have made it.
Now how do you wheedle those out...
And retain those who will want to go on improving?
Because that's the crux of the matter...
I'm rich, I don't have to bother.
That's what you have to do before you buy a player.
But we don't...
We leave that assessment to amateurs...
Not trained professionals.
Even Davinson Sanchez's most ardent fans must finally admit he is a Superhero...
Blunderman.
He'll make a crisis out of a drama.
Anyone who can fall over when they are alone there with a football ain't someone to rely on.
What did he cost, £40m?
So what do we do...
Sell him for half that and spend another £40m?
So a £60m spend when the problem might have been resolved spending £30,000 on a sports psychologist.
It is simply bloody stupid not to even try.
But that's not what you do in football, is it...
No, it's stay in the dark ages.
COYS
Hey, where are you going, click a link first, Google likes that. 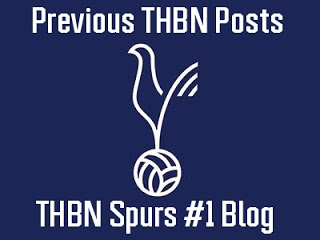