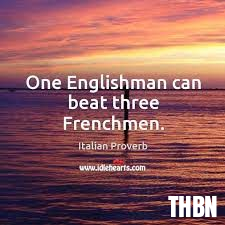 Hello folks, today we'll look t the Three Frenchmen and their struggles outside the confines of the French league.

Étienne Capoue is enjoying a successful time at Watford after leaving Spurs moaning and groaning on about mistreatment on 5 July 2015.

What was his mistreatment at Spurs?

He wasn't guaranteed a starting spot and had to fight for his place, something he hadn't had to do in France, being the best player in his position at his club.

Suddenly he wasn't, suddenly he had to prove himself.

He didn't like it when he was dropped and found himself as just a squad player.

Capoue took to the media to moan and grown.

Later, at Watford, having grown up a bit, in an interview with the press, Capoue admitted his time at Spurs was all his fault, that his attitude had been wrong, that he thought at the time he should be guaranteed a starting spot.

He had the wrong mentality, attitude and it took a move to a smaller club where he would be more sure of a starting spot to bring back some Gallic calmness and a happier state of mind.

Is it a mental security issue?
Is it an ego wanting to feel loved?

At a club where he plays every week he feel loved, wanted, needed, that meets some of the mental requirements Maslow talks about.

Maslow's hierarchy of needs is a motivational theory in psychology, so for those of you unaware of these (all teachers have to learn this as part of their training) here is a graphic. 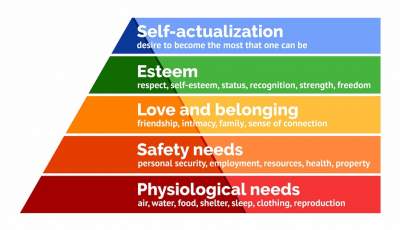 When we get to the third rung up the ladder Capoue obviously did not feel a love at Spurs or a belonging so couldn't feel the self esteem and self respect mentally.

That totally affects your attitude, how you act every day.

He had that at Toulouse and now at Watford, less competition means his mind perceives self-esteem, he acts, performs and carries himself with confidence because of that self-esteem he perceives he is held in.

With Maslow's hierarchy of needs table fresh in your mind, can you clearly see the mental problems he is having causing the attitude and lazy performances on the pitch.

It is all so obvious isn't it.

Another one who has come from the security of being guaranteed a starting berth, a big fish in a little pond, now he is a fish in a bigger pond with bigger fish.

Those fish are hungry to start and work hard to do so.

Our French fish lopes lazily around, he doesn't yet feel the love and belonging to Spurs and thus hasn't reached the self-esteem level.

He was sold a dream by Pochettino who was going to rebuild Spurs.

He had told Ndombélé that he was going to build a Spurs team to win the Premier League next season.

But Pochettino is no longer here and that goal looked a mile away.

He has good days, he has bad days.

Which camp do you think Ndombélé is in?

Somewhere between the two I'd say,

Mourinho has to somehow motivate him and to do that you have to know what motivates the individual, it may not even be football related.

Now many of you will say just play him, then he'll feel loved and he'll perform.

Well, until he gets to that stage you are increasing the likelihood of dropping points,you have no idea of knowing how long it will take his mind to alter, to rise a level up the ladder.

That could affect not just this season, but next as well.

Then there is the knock-on effect on the other players who can see a player not giving his best being selected over them, how will they react?

Do you risk dropping points when you consider how he performed against Wolves with the memory of "that video" showing that he couldn't care less.

Has Tanguy Ndombélé already decided in his head that he wants to leave and thus is going through the motions until he can get somewhere else?

I have no doubt his self-esteem sees him at Barcelona, PSG or Bayern Munich, does he now see Spurs as a stepping stone to get there,

The clubs want him, he knows that so there is the love and belonging his mind needs.

He doesn't feel that love and belonging at Spurs and until he does, if he ever does, he won't perform at his optimum.

If he decides he wants to prove he is worthy of a place then that is a different matter, then he'll put in all the effort required and give everything on the field.

Can you honestly tell me that that is the case right now because until it is he is worthy jeopardizing the team for.

He had had a successful time in the Bundesliga, scoring 10 goals, with 22 assists in 54 games for the German outfit.
When things are going well, when he are a first choice, when a club plays a style of football that suits you, things go swimmingly.

But when you move to an elite club you are not guaranteed your place because there is someone equally as good, if not better than you, in your position.
The attacker has hardly figured this season, playing just 492 minutes in all competitions when he has a record of 19 goals and 17 assists in 74 games for the club.

He hasn't even figured in the Copa del Rey this season, a tournament like the FA Cup where you can give your fringe players a run-out.

That speaks volumes.
They seriously considered getting rid of him last summer but not suitable deal emerged and want shot of him this transfer window.
Why?
Because he has an attitude problem, he is regularly late for training and is ill disciplined, unprofessional. He still seems to be the know it all teenager arguing with his Dad.
Barcelona have had enough, they hoped he would grow out of it, but he hasn't. In the cocoon of football he hasn't grown up yet.
Talented yes.
He needs a club where he is loved and virtually guaranteed game time and that means stepping down a rung of club, but will his ego allow it and will he accept a pay cut or is it all about the money for him?
The issue with him isn't the on-field, it's the off-field.
It's his mentality,his attitude.

Catch Up With Recent THBN Posts

THFC - 8 Questions and Answers
ITK Behind The Times
3 Questions For Mourinho
Aurier, Sanchez, Lamela - time to say goodbye?
Spurs Have Tried To Sign "The Monster" Before
Wages Controlling Spurs Transfer Business
Spread the Spurs word, share articles on social media to increase Spurs following worldwide. Looking for regular content from supporters outside the UK, use the contact form on the site. Thank you