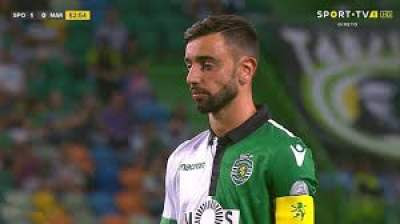 The video below looks into two problem areas for Tottenham Hotspur and the requirements for both the roles, right-back and central midfield.

The first player they mention is the player we are after, the number one choice for 22-year-old (23 in December) central midfield, Tanguy Ndombélé from Lyon, whom I have had and continue to have, total confidence in us signing.

I have not talked much about Bruno Fernandes, simply because although he is a player we have followed closely, he is not the main attacking target for us, Giovani Lo Celso takes priority and the signing of central midfielderTanguy Ndombélé is of paramount importance.

You'll understand why if you have watched the video above, the reasoning is one I concur with. Our movement in midfield is often lacking and then we struggle with a press when we can't break the firsts line.

Ball carrying is why we have looked at players like 24-year-old (25 in November) Stanislav Lobotka of LaLiga side Celta Vigo.

Anyway, Fernandes representative is in the UK setting up meetings with interested parties, like Manchester United and Tottenham Hotspur to try and speed something along.

That tells me that no serious offers have been made for the Portuguese international, despite all the press hype. The latest article in A Bola (Portuguese newspaper) suggests both clubs know the asking price, it does not say either have bid that amount as our media have tried to portray.

Nothing will happen with him, on our part, until negotiations for Giovani Lo Celso are completed and he is away with Argentina at the Copa America.

Incidentally, you can watch a replay of the Argentina game last night at the link below where Giovani Lo Celso was given a different role.

He played at PSG as a defensive midfielder, starting attacks from the back. Just the versatility Pochettino likes and when moved forward for Betis during last season he ended up their leading scorer.
Argentina vs Paraguay