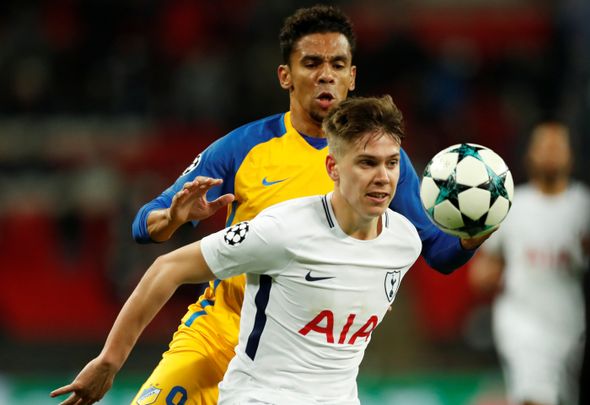 Young Tottenham Hotspur centre-back Juan Foyth is among the alternatives Ajax are considering if the Lisandro Magallán saga is stalled too long reports Radio La Red.

Ajax are trying to buy 24-year-old (25 in September) central defender Lisandro Magallán from Boca Juniors. He had had a medical, but reports from Argentina say a deal will not be sanctioned until Boca Juniors have bought a replacement.

It is an example of how a transfer can be held up and nothing the buying club can do about it. Fans unaware in such situations simply blame their club or in the case of Spurs fans simply blame Daniel Levy.

A loan deal would seem the only option after the comments of Mauricio Pochettino on his fellow Argentinian in Spain recently. He rates Foyth very highly and believes he will develop into a top defender. He intimated that the 20-year-old (21 next January) will get more opportunity next season. He is under contract until 2022.

Tottenham are of course chasing Matthijs de Ligt but the deal Ajax are seeking is a large cash one and to have him loaned back to them for one or two years, which is of no use to Spurs. The Ajax captain is ready to step up a grade of football already. Could it be furthered by allowing a Foyth loan?