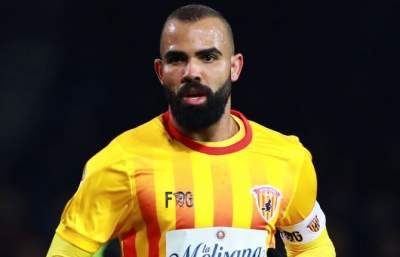 Genoa are stepping up their efforts to bring former 29-year-old (30 next March) Tottenham Hotspur defensive midfielder Sandro back to Italy, after last season being on loan for relegated Benevento in their first ever season in Serie A,

He is under contract to Turkish side Antalyaspor. Negotiations are apparently well underway. He left Spurs for QPR after his injury, as it was deemed he wouldn't be fit enough to play in the Premier League anymore, which rather tells you how less intense it is in Serie A.

PSG are said to be approaching 25-year-old (25 next February) Danish midfielder Christian Eriksen, however, they will no doubt get told £167.14 million (€190m) is the minimum we would consider to even talk about the possibility, the same figure thrown at Real Madrid and Barcelona.

Pochettino target Malcom has decided to join Inter Milan and informed the Italian club of his desire. His agents have agreed on personal terms and it just remains to agree a fee with Lique 1 side Bordeaux report Sky Italia.

Tottenham, Wolfsburg, Bayern Munich, PSG and Arsenal have put offers to him. It is understood the French club are seeking £44.01 million (€50m) whileInter only want to pay £35.21 million (€40m).