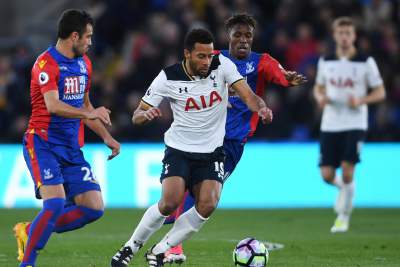 Steven Gerrard plans to eradicate a "showboating mentality" in his role as Liverpool's U18s coach.
That remark from Sky Sports shows what is wrong with the game today, it is show rather than Substance that catches the eye. If you want to be successful there has to be substance over Showboating.
Harry Winks plays his game without the showboating but you got the impression with Nabil Bentaleb that it was all about his ego. Indeed after one season he wanted the wages of a top midfield player when he hadn't achieved anything yet.

CBD Capsules Or CBD Oil Tinctures: Wh…
My “picker” is not working right now
Green Plastics? A Review of Medium De…
Can Addiction Be Termed As A Mental I…
Incidence and Prevalence of Top 5 Eye…
You don't see the likes of Christian Eriksen showboating, you could say Dele Alli does with his nutmegs, but they have an end result, he is past his man and on his way.
Playing pretty football is great, keeping the ball is great, but what is the end result, what did your piece of skill produce? The bottom line for attacking midfielders and inverted wingers is how many goals did you score, how many assists di you have, how many chances did you create, how many key passes did you make. Beating three men is fantastic, but if you then pass the ball backward it is a waste of time.
Mousa Dembele used to beat a man and then pass sideways so the man he had just beaten was back behind the ball in an instant, totally negating Dembele beating him in the first place. Looked good but achieved nothing. Now when Dembele beats a man he drives forward or looks for a forward pass, such small things make a difference.
Trending now at THBN the No1 Spurs website
Arsenal receive boost in their chase for a UEFA Europa League spot
Graham Roberts thinks Dembele will be OK for the North London Derby

My “picker” is not working right now

Can Addiction Be Termed As A Mental Illness?