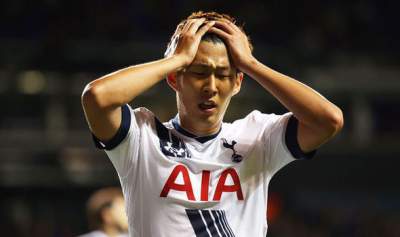 Son Heung-min is one of a number of Tottenham players that Mauricio Pochttino is happy to keep or let go if the right offer comes in. Nacer Chadli, Ryan Mason, Tom Carroll are all in the same boat, they have all been told they can expect to spend a lot of time on the bench.

VfL Wolfsburg sporting director Klaus Allofs confirmed the club has been following the player from his Bundesliga days.

“Whether it was his time at Bayer Leverkusen or now at Tottenham, we were always in contact with him."

Fussballeck @Fussballeck_EN
#THFC want €25m for Heung-Min #Son. #Allofs: "I don't think we can afford that." #WOB are willing to pay up to €20m. [@WN_Wolfsburg]