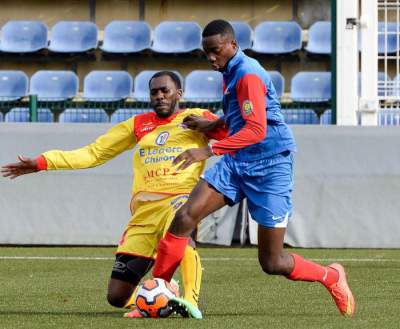 Tottenham have been scouting a 19 year old striker from Chateauroux, Jean-Philippe Mateta and have offered him a four-year contract.

Under contract until 2018 he scored a hat-trick in the Coupe de la Ligue Second round tie against Le Havre, which they won 5-2. Chateauroux play in the Championnat National and hope to gain promotion to Ligue 2. He has scored 11 goals in 22 national league games and has received Montpellier and Lyon.

His representative, Franck Belhassen, spoke to Foot Mercato and said they had rejected a move to Tottenham.

“On the one hand there is what Jerome Leroy (advisor to the president of Châteauroux) is saying and on the other hand what we are actually doing.

"Concerning Tottenham, it is quite clear that the player does not want to go abroad.  He is 19, he does not want to skip steps. Few players have succeeded abroad at such a young age. He is a very reasonable boy and well looked after by his family.

"He knows what he wants to do. And Tottenham… as a club they probably have other fish to fry with five days left of the window.”

The fact that we have looked to the French third division shows we are Scouting everywhere for talent, be it for now or to develop for the future.

What POS System is Best for Your Business?