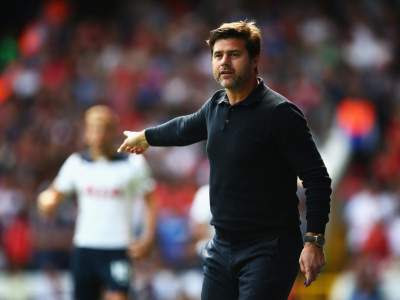 We had problems with Liverpool's pressing style last season and had trouble again yesterday as they could and perhaps should have easily won the game yesterday.

Walker was ill and only lasted less than half an hour which resulted in us changing our system and Eric Dier being moved out of midfield. This took Dele Alli into an area of the field where perhaps he has less influence at the cutting edge, although some Spurs fans think it is his best position.

We were industrious but created little and were saved by Michel Vorm our much derided number two. Mauricio Pochettino gave his verdict and answered press questions after the game.

One reporter asked about Wilfroied Zaha and Alan Pardew's comments that Spurs have been tapping up his player. Tottenham do things the way every other club does things, the same way as Alan Pardew does things. He specifically asked if Spurs were doing everything in the transfer market in the correct way and not tapping up players. After consultation with an interpreter, the simply reply was of course.

What on earth did the reporter expect Pochettino to say? Why waste valuable time in a press conference with an inane question, he should arrive a little better prepared than that.