Coach of the Super Eagles of Nigeria Gernot Rohr has provided update about the future of three Nigerian players, who have all been linked with possible move away from their present clubs. 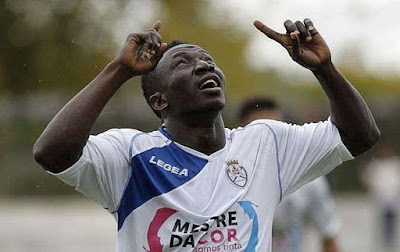 The manager first gave an update on the situation of captain John Obi Mikel who is yet to play a competitive game for Chelsea under coach Antonio Conte.

” I saw Obi Mikel in London”, Rohr told Europe 1. ” He is in advanced discussions with Olympique Marseille. ” He will leave Chelsea for free, this is a serious option”.

On Oghenekaro Etebo, the Franco-German coach of the Super Eagles said, it’s best for the talented 20 year old to complete the season with CD Feirense before thinking of a move in the summer.

” Etebo is fine where he is now. He is playing games which is very important for his development, moving in January is not ideal at least for now” Rohr, told Owngoalnigeria.com.

He also passed a vote of confidence on Leicester City bound Wilfred Ndidi, describing him as a player who can play multiple roles on the pitch above average level.

” Ndidi can play anywhere across the back four and also in the midfield. He has a bright future ahead of him, from what have seen of him, he can play more than five roles with less trouble, he will do well in any club”.

Star Wars Part 4 "A New Hope" IS THE SPOILER For "The Force Awakens" (Proven Using Honest Trailers) - WARNING: What To Expect From The Upcoming "New" Star Wars Movie "Rogue One" & Star Wars "Part 8" (i.e. Since The New Star Wars Are Remakes... The EARLIER Movies ARE The Spoilers!)