Tottenham v Liverpool
As he so often does, Jurgen Klopp framed the prevailing emotions at Liverpool perfectly. “The last defeat always feels stronger than the last win,” said the German as he reviewed the club’s opening three games of the season while surveying the next encounter.

Rumour Has It: Barcelona push ahead f…
Papillon, Liverpool
What Is So Unique With The Baby Boome…
Manny Pacquiao Launches ‘Pac’, The Fi…
The Stories Behind 10 Rock Band Logos
Sandwiched in-between victories against Arsenal and Burton came the rattling 2-0 reverse at Burnley; the result most dwelled on in discussions about the Anfield side. It also signalled the first real signs of irritation from swathes of the fanbase towards the Reds boss, with the overreaction to the loss at titanic levels. 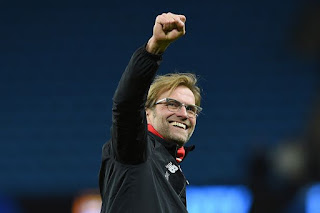 Rage ruled over rationale with some questioning whether Klopp really was an upgrade on Brendan Rodgers, others suggesting nothing at all has changed at the club, some writing the season off already and a few concluding that neither the manager nor the squad are good enough.
But as the 49-year-old prepares Liverpool for Saturday’s showdown at White Hart Lane - 315 days after taking charge of his opening game in English football, which also came against Tottenham - he knows his team are stronger and their approach sharper than it was 10 months ago.

The Burnley defeat may have triggered doubts from supporters desperate for success, but it has not altered the positivity of the man intent on delivering it.
On miserable afternoons like the one suffered at Turf Moor, it’s easy to forget just how much progress the Reds have made from that starting point against Spurs.
In less than a year under Klopp's tutelage, Liverpool have reached two finals, have turned in unreal performances against their fiercest rivals, are the leading goalscorers in the Premier League for 2016, have strengthened key areas of the squad while shifting deadwood, and possess a certified identity.
Their attack is well stocked and certainly not short of quality with the signing of Sadio Mane a particularly inspired one. And while there are question marks in defence, the goals Liverpool have conceded thus far have stemmed from offensive errors rather than typical failings at the back. The club have yet to play a competitive game with Loris Karius between the sticks, and the German was set to start the season as first-choice goalkeeper before breaking a bone in his hand.
There have been cries to move for a specialist holding midfielder, but there is conviction from the backroom staff in the options already available to play as the defensive screen.
The Merseysiders are still under construction, but the foundations are secure and the vision is steely. “For us, everything could have been better, but it could have been worse,” said Klopp in summary of the past 10 months.
“We’re still on the way. My team gave me a lot of really good signs to work with. We are quite optimistic for the season.”
As per the manager’s own admission, they will have to “make consistency a hobby” if they are to fulfil their ambitions, an aim he believes will materialise once the team finds their rhythm.
In fact, there is an inherent belief within the squad that once Liverpool fully click - as they did briefly in the second half against Arsenal - they will be harrowing for opponents.
In order for that sentiment to spread beyond Melwood, they need to prove they can turn up and take maximum points with regularity.
And there’s no better place to restore optimism among the support base following the Burnley stumble than at Tottenham, where it was at its highest when Klopp sat in a dugout as Liverpool boss for the first time.
In Association with