Liverpool's Summer spending continued this week with the signing of midfielder Georginio Wijnaldum from relegated Newcastle United for a £25 million fee, that's £23 million upfront with the remainder based on add-on appearances. 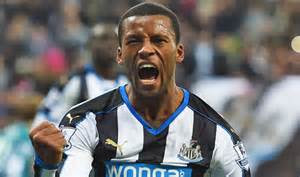 The Dutchman is expected to fly out to the USA to join up with Jurgen Klopp's Liverpool squad at the weekend, once his medical and five-year contract are done.
Liverpool face Chelsea in their opening match of this Champion's Cup competition next Thursday 28th of July.