From a fairly innocuous pre-season abroad in the US, problems have emerged on the injury front.
Impressive new goalkeeper Loris Karius had his hand broken as he and Dejan Lovren clashed in trying to clear a ball from Chelsea the other night. 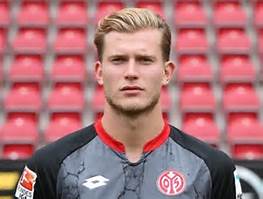 Lovren was left clutching his head after the incident while Karius now spends 8 to 10 weeks out with the ineffective Simon Mignolet due for a return in the Liverpool goalmouth to gasps of despair.

7 Pressure Points Proven to Relieve T…
Interview April – Christalle Bodiford
Goat Dropping – Alicante, Spain
Serbia vs Switzerland match build up
Josh Rosen of UCLA Bruins entering NF…
Also, new midfielder Grujic suffered concussion in the same game v Chelsea and may be out for the AC Milan game on Sunday morning.
Add to that the injuries to Sakho and Joe Gomez both with Achilles problems, then its clear, we don't need or can afford any further casualties for the beginning of the Premier League season.

Is it Possible to Never Worry About a Concussion Again?