BENTEKE MAY FINALLY HAVE BUYERS

Liverpool outcast Cristian Benteke may have found a welcome way out the Anfield door, if all is to be believed.
The Mirror reports that both Everton and Sunderland are very interested in the Belgian hotshot who scored 10 in over twenty appearances for Jurgen Klopp last season, Benteke was on the bench against Roma on Monday but did not feature.

Return to Monkey Island – Coming in 2…
5 Best Back Shavers: Buyer’s Guide & …
Psydro – 100% real customer reviews f…
Creating A P2P Crypto Exchange App Li…
Building a Talent Pool in a Tight Mar…
Everton are holding out for £75 million from Chelsea for their prized forward Romelu Lukaku, and should they get that kind of money they will immediately offer Liverpool the £30 million they want for Belgian International Benteke who is willing to consider a move as he knows he is not in Jurgen Klopp's plans going forward. 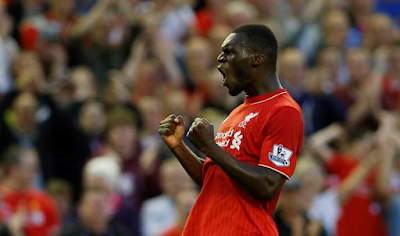 Sunderland's new boss David Moyes is also in need of another striker claiming: “I think it’s well documented that we’ve only got one centre-forward really in Jermain Defoe – we’ve got others who can do the job at other times. But I would like to strengthen in most areas if it comes up.”
Doesn't say much for former red Fabio Borini who is almost a cult figure at the stadium of light and I doubt if Sunderland will cough-up the £30 million value of Benteke.

Arrogant Alan Pardew now of Crystal Palace was earlier mentioned as a potential Benteke Buyer but baulked at the fee, what a shame!
Sending him out on loan is not an option Liverpool should even consider, he is too good a player for that and is well worth a proper transfer away.

BENTEKE MAY FINALLY HAVE BUYERS