Good news Liverpool fans. Jordan Henderson has joined up with the Liverpool travelling party to Tenerife, signaling a possible near return to playing for the first team in the very near future. 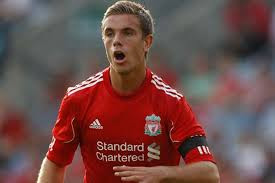 Manager Jurgen Klopp has taken all his senior players not on international duty: James Milner, Dejan Lovren, Joel Matip, Loris Karius, Alberto Moreno and Lucas Leiva to the Canary Islands for the week.

How come so many Christians don’t rea…
When does Botox Kick in for Your Pati…
Place des Vosges, Paris’ Oldest Plann…
Why PPE Is Crucial for Health and Saf…
9 Best Pubic Hair Trimmers for Safe &…
For the captain to be able to train again after his absence with a foot Injury, its a major boost for the team ahead of the final run-in of the Season. His influence has been missed in midfield, well as Emre Can and Gino Wijnaldum have done, Henderson adds a bit more bite and aggression in the engine room.
Dejan Lovren has also been missed through injury and while Ragnar Klavan has been effective, Matip and Lovren are seen as the best partnership at centre back.
Poor old Daniel Sturridge, left at home as he struggles with yet another injury, he seems to have been a one Season wonder back in 2014, its a shame for the lad as he has so much talent. He just can't stay fit.
The Merseyside derby awaits us on April 1st. Lets hope everyone is fit and raring to go for that game.


This post first appeared on The Liverpool Tribune, please read the originial post: here
People also like
How come so many Christians don’t really know God?
When does Botox Kick in for Your Patients?
Place des Vosges, Paris’ Oldest Planned Square
Why PPE Is Crucial for Health and Safety in the Workplace
9 Best Pubic Hair Trimmers for Safe & Painless Grooming
Maryland Man Is Killed By Police After Biting An Officer’s Finger
How to Heal Tennis Elbow
Do Nootropics Actually Work?
NBA TV Live Stream Free: Luka Doncic’s Mavericks vs Bucks