Despite our recent downturn in form in mainly Cup competitions, Liverpool face Old Trafford foes in Man Utd and Jose Mourinho, a man who likes to park the bus against Liverpool be it with Chelsea or Man Utd.
Expect a different approach from Utd on Sunday afternoon, they are on a very good run with Ibrahimovic leading the way in terms of goals and attacking threat, Mata and Pogba also pose problems to any team and while they may sit in 6th in the table, they are on the rise again on 39 points, five behind Liverpool going into this encounter.

Netflix’s The Playbook Review: Storie…
Rumour Has It: Barcelona push ahead f…
100+ Tasty Family-Friendly Kitchen St…
Papillon, Liverpool
(Spoiler Warning) Titans Season 2 Rev…
Liverpool enjoyed a great start to the Season beating Chelsea, Arsenal and Spurs along the way to send them into second before stuttering displays against Bournemouth, West Ham and Sunderland left people wondering if this is another nearly Season or will it be a triumphant one under Jurgen Klopp.
Possible Liverpool Team 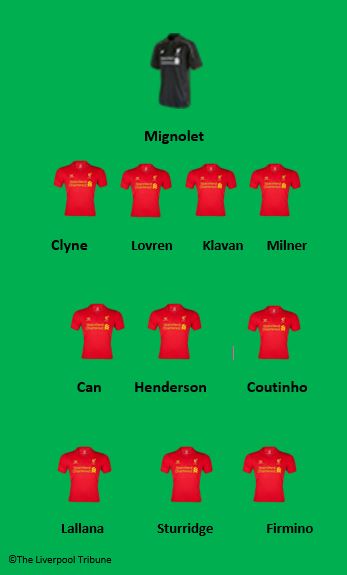 Lets hope the recent trend of performances and results are reversed and that this Liverpool side can defeat Utd and Mourinho this Sunday to return to second in the League again.


This post first appeared on The Liverpool Tribune, please read the originial post: here
People also like
Netflix’s The Playbook Review: Stories on Coaching Success
Rumour Has It: Barcelona push ahead for Martinez, Liverpool renew Dembele interest
100+ Tasty Family-Friendly Kitchen Staples Recipes
Papillon, Liverpool
(Spoiler Warning) Titans Season 2 Review
Celebrities are admitting they have depression. I am not alone!
What Is So Unique With The Baby Boomer Generation?
Manny Pacquiao Launches ‘Pac’, The First of Celebrity Tokens
The Stories Behind 10 Rock Band Logos
Schnitz: Providing Australians the Benchmark in Schnitzels
KENTUCKY - Making a Perfect Birthday Cake
REMAINER RANT – Together we are Stronger