WILL FIT AGAIN EMRE CAN PLAY AGAINST CHELSEA

Good news for Liverpool is that German international midfielder Emre Can took part in a full training session at Melwood on Tuesday after his recent ankle injury.
The player was an ever-present in manager Jurgen Klopp's side last Season, so he obviously has great faith in the lad and he may well feature against Chelsea in London on Friday evening. 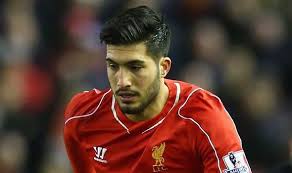 The question is: Who will Klopp leave out to accommodate Can?

Charlie Hunnam Beard & How to Steal H…
Adirondack Mountains: The Ultimate Gu…
Netflix’s The Playbook Review: Storie…
What was he thinking? Josh Earnest ro…
100+ Tasty Family-Friendly Kitchen St…
It is very hard to make a case for dropping any of the eleven players who did so well in the resounding defeat of Champions Leicester City last Saturday, a 4-1 victory was down to the whole team.
Jordan Henderson had an excellent game in the holding midfield role, a position fairly new to him but it might well be his best role.
Wijnaldum has featured in almost every game since his signing from Newcastle and is solid and assured if yet to find his best form.
Adam Lallana, Sadio Mané and Roberto Firmino were the goal scorers at Anfield while Daniel Sturridge also played very well in that match. Coutinho is also expected to start against Chelsea.
So it will be a difficult decision for the Manager to make, its away from home against new man Antonio Conte's Chelsea.
Klopp may be a little less gung-ho and drop the unlucky Sturridge for depth in midfield in Emre Can, time will tell .
Its a measure of progress for Liverpool that Klopp now has these choices to make.


This post first appeared on The Liverpool Tribune, please read the originial post: here
People also like
Charlie Hunnam Beard & How to Steal His Rebellious Style
Adirondack Mountains: The Ultimate Guide
Netflix’s The Playbook Review: Stories on Coaching Success
What was he thinking? Josh Earnest royally steps in it with prediction about Obama
100+ Tasty Family-Friendly Kitchen Staples Recipes
Chelsea braced for Michy Batshuayi offer in summer
A New York State of Mind
Should Yoga Exercises Teach Us How To Bend It Like – Barbie?
(Spoiler Warning) Titans Season 2 Review
Celebrities are admitting they have depression. I am not alone!
KENTUCKY - Making a Perfect Birthday Cake
The Soska Sisters Re-imagine Cronenberg’s Rabid in New Trailer
Cryptocurrency Prospect, Review of Satoshi Nakamoto White Paper
Garden Goals: Behind The Design Of The Little Nell's Famed Living Wall by Katie Shapiro
يورجن كلوب وريتشارد قلب الأسد

WILL FIT AGAIN EMRE CAN PLAY AGAINST CHELSEA