Meet The MMA Fighter Who Gave Up His Dreams To Bring Back Water, Land And Freedom To The Pygmies

Cannibalism and slavery, the ancient form of atrocity, is very much alive and thriving in the modern world. The Pygmies - ethnic people of unusually short stature - of eastern Democratic Republic of Congo (DRC) in the heart of Africa are enslaved, raped, treated as animals, and denied medical care, education and citizenship in their own country.

Due to extreme racism, non-Pygmies believe the Pygmies are still in the transitional stage from monkey to human, which gives them the license to hunt, kill, cook and cannibalize the Pygmies. Pushed from their forests and forced into settlements to Bantu lands, the Pygmies are enslaved at gunpoint by rebel militias in the gold, diamond and coltan mines, due to the widespread belief that Pygmies are less than human. Thanks to the oppression and marginalization, the Mbuti Pygmies living deep in the Ituri rain forest of eastern DRC - who were known as "The Forest People" - now call themselves the "Forgotten People."

Enter Justin Wren: a heavyweight mixed martial artist (MMA), a multi-time Texas state champion (in all three styles), a two-time national champion, and a quarter-finalist in season 10 of The Ultimate Fighter, a reality-show vehicle for Ultimate Fighting Championship prospects.

A successful MMA fighter-turned-depressed-drug-addict (after contracting a career-threatening elbow injury in 2005) with regular suicidal thoughts, Wren embraced Christianity in 2010, got sober, found a higher purpose in his life beyond fighting, and decided to not let the world forget the forgotten people. 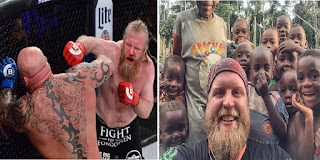 Instead of Fighting for his life and a promising fighting career, Wren left MMA in 2011 to fight slavery in Africa and lived with the Mbuti Pygmies as one of them for five years. Wren helped hundreds and thousands of Pygmies secure their own land, grow their own food, obtain fresh clean water through their own water wells, as well as protect their rain-forest and wildlife - ultimately to st them free.

Google Confirms Largest Local Search …
Martha Millan Interview: Fiona’s secr…
Enjoy Every Moment Of The Journey
Binance to Delist Chinese Yuan, Block…
Impulse Control Activities For Kids: …
"I saw that the shiny, gold belt I craved wouldn't solve my problems and that I had a bigger purpose. I was meant to love people and once I met the Pygmies, I knew that they were the ones I was supposed to love the most." 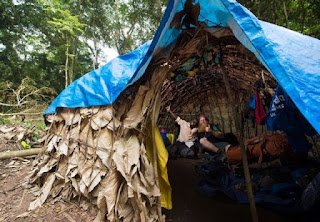 In his book, "Fighting for the Forgotten: How A Mixed Martial Artist Stopped Fighting for Himself and Started Fighting for Others," released in September 2015, Wren described his life-threatening fight with malaria just a few weeks into his mission in the war-torn Congo.
"That night, I couldn't sleep. I tossed and turned and sweat and shivered. It was uncontrollable. In fighting, I'd always been the only one to get in the ice bath without chattering my teeth. I could control my body from shivering. This I couldn't stop. It wasn't just in my teeth or hands; my entire body was shaking. I put on extra blankets. I threw them off later."
"I took a fever reducer, and tried to get my mind off the shaking. My temperature skyrocketed to 103.5 Fahrenheit. I'd eaten two bites of a banana the whole weekend...My team brought me three meals a day and I'd tell them I couldn't eat it. I love my food, but every bite was like a chore. My body was telling me "no."
Despite the threat of waterborne diseases - the number one killer among the Pygmies, Wren lived among them, communicated through a translator, slept on the floor in their leaf-rooted huts while surrounded by poisonous snakes and bugs. He survived on power bars he'd brought from his home in America, caterpillars, and goat intestines. He filtered his water from the stagnant, brown stream the Pygmies drank from. The Pygmies named Wren Efeosa Mbuti Mangbo. Efeosa means "the man who loves us," while Mbuti Mangbo means "the big Pygmy."
The Big Fight
In 2013, Wren founded "Fight For The Forgotten" (FFTF), partnered with Shalom University in Congo, and used a portion of his earnings from MMA to legally buy 2,470 acres of land in 10 different villages to protect the disenfranchised Mbuti Pygmies. Together with Water4.org, Wren bartered with the slave masters (the Mokpala (non-Pygmy Congolese)) to let "their" Pygmies go free, in exchange for water wells. The freed forgotten people were later moved onto 2,470 acres of land bought by FFTF and Shalom on their belhalf. Wren also helped Pygmies plant trees around the border of the land to combat deforestation.
"We successfully freed hundreds of Pygmies, moved them onto their own land, provided them with water wells and educated them on how to keep their new water source from getting contaminated. Over the next year, myself and our team, the Shalom Drillers, dug 12 water wells. In the next 10 months, that number nearly tripled. Shalom students and faculty nearly tripled. Shalom students and faculty have also begun introducing farming to the villages, so the Pygmies will have their own food sources."
Between 2011 and 2015, Wren made several visits to the Congo, lived and worked among the Pygmies for weeks and months on end, but never for once missed the cage. But after a five-year layoff, Wren made a successful return at Bellator 141, blowing out Josh Burns in a one-sided war. To deliver on the promise he had made to the Pygmies, Wren donated all of his Bellator win bonuses and sponsorship money from the fight against Burns on August 29, 2015, to Fight For The Forgotten initiatives.
Apart from giving Pygmies their dignity and sense of worth back, Wren is giving 33% of the proceeds from his book's sales to ensure their freedom for the rest of their lives. The book, Wren says, will encourage others that "life is worth living and you can love from anywhere you are." 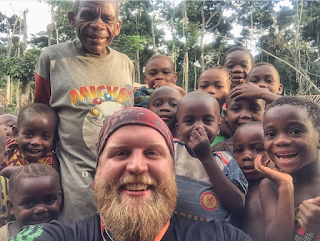 He is still passionate about fighting, and he still wants to be the heavyweight champion in Bellator, but for Wren, fighting for the Pygmies and their life is more important now.
"Fight for the Forgotten is now my lifelong passion. It's what I will dedicate my life to. My plan is to fight, win, then head right back to my family halfway around the world. I'll spend my downtime in the forest with them, waking up in the mud after a stormy night. There, I'll continue to help with the land, water, and food efforts."
"I'm not unique. I'm not some special guy who's a hero. I'm just a normal, average dude who likes to fight and fight for people. We all have greatness inside of us to love others. If you believe in something greater than yourself and you're not focused on yourself, but those outside of you, you can change the world. I guarantee it."
Follow us on Facebook, Twitter, and Tumblr.

Meet The MMA Fighter Who Gave Up His Dreams To Bring Back Water, Land And Freedom To The Pygmies