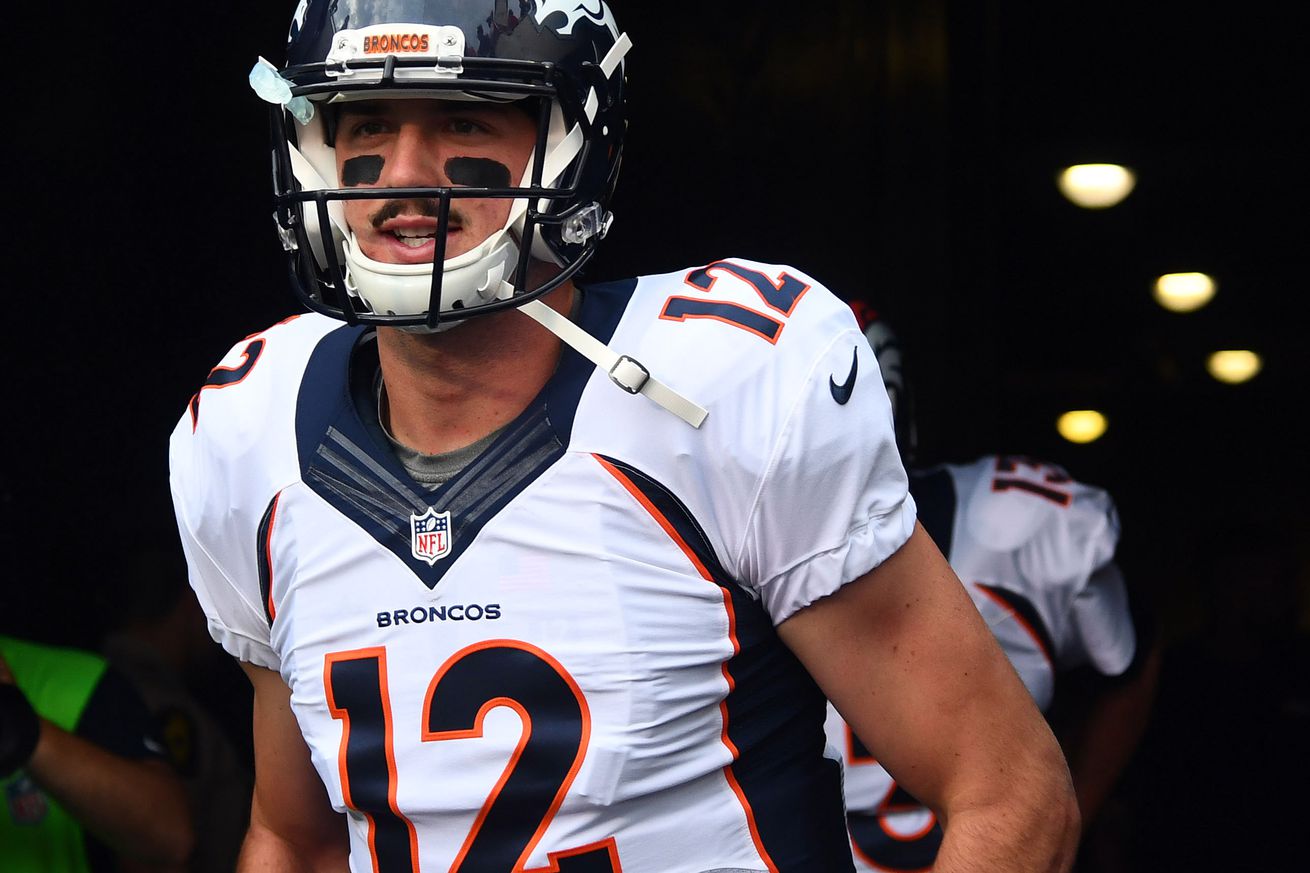 Paxton Lynch earns high praise for his play against the Chicago Bears.

NFL Network's Bucky Brooks handed out grades to all the top rookies from all 32 teams this past weekend, and Denver Broncos first-round quarterback Paxton Lynch earned a pretty good grade.

Lynch played the entire second half of the Broncos first preseason game of 2016 against the Chicago Bears. He completed 6 of 7 passes for 74 yards for 0 touchdowns and 0 interceptions and added 3 rushes for 5 yards. Meanwhile, Lynch finished the game with an impressive 110.7 passer rating which is excellent for any quarterback making his first career snaps in the NFL.

Brooks said that Lynch looked comfortable against the Bears on Thursday night, showed excellent footwork, showed off his elite athleticism and movement skills for a man of his size, he also showed off his rocket arm, and Brooks believes the Broncos first round pick is playing with "supreme confidence" right now.

Hats off to coach Gary Kubiak and his staff for crafting game plans that allow quarterbacks to play to their strengths as passers. Lynch is an athletic playmaker with a big arm and nimble feet, but the first-round pick spent his collegiate career at Memphis playing in a spread offense that featured a number of "catch-and-fire" routes or RPO (run-pass option) concepts. Despite his inexperience running a traditional offense, the 6-7, 244-pound gunslinger looked comfortable against the Bears on Thursday executing the Broncos' movement-based offense, which blended a number of play-action and traditional dropback passes. Lynch not only showed outstanding footwork working through his drops, but he flashed the athleticism and movement skills that few expect from an XXL passer. Whether he was picking up first downs on impromptu scrambles or getting to the corner on designed rollouts, Lynch showed the kind of athleticism that could enhance the Broncos' running game down the road. With Lynch also flashing his arm delivering dimes from the pocket and on the move, the Broncos' future QB1 is playing with supreme confidence at this time. It will be interesting to see if he can continue to perform well against better competition.

Brooks graded Lynch's performance a very solid "A-". I think it would have pushed to an A+ if he was able to score a touchdown or lead a scoring drive on Thursday night.

Nonetheless, it's promising and exciting to see these glowing reviews of Lynch when the narrative is that he is far from being "ready" and will need to sit an entire year before being ready. He already outperformed his first-round counterparts and looked confident and smooth during his first game experience in the NFL. Now like Brooks said in his quote, Lynch will need to continue this and do it against better talent before he can start for the Broncos.

So now I ask you Mile High Report, what grade would you give Paxton Lynch's performance against the Chicago Bears?