Broncos' players not concerned about depth chart, just ready to play a game 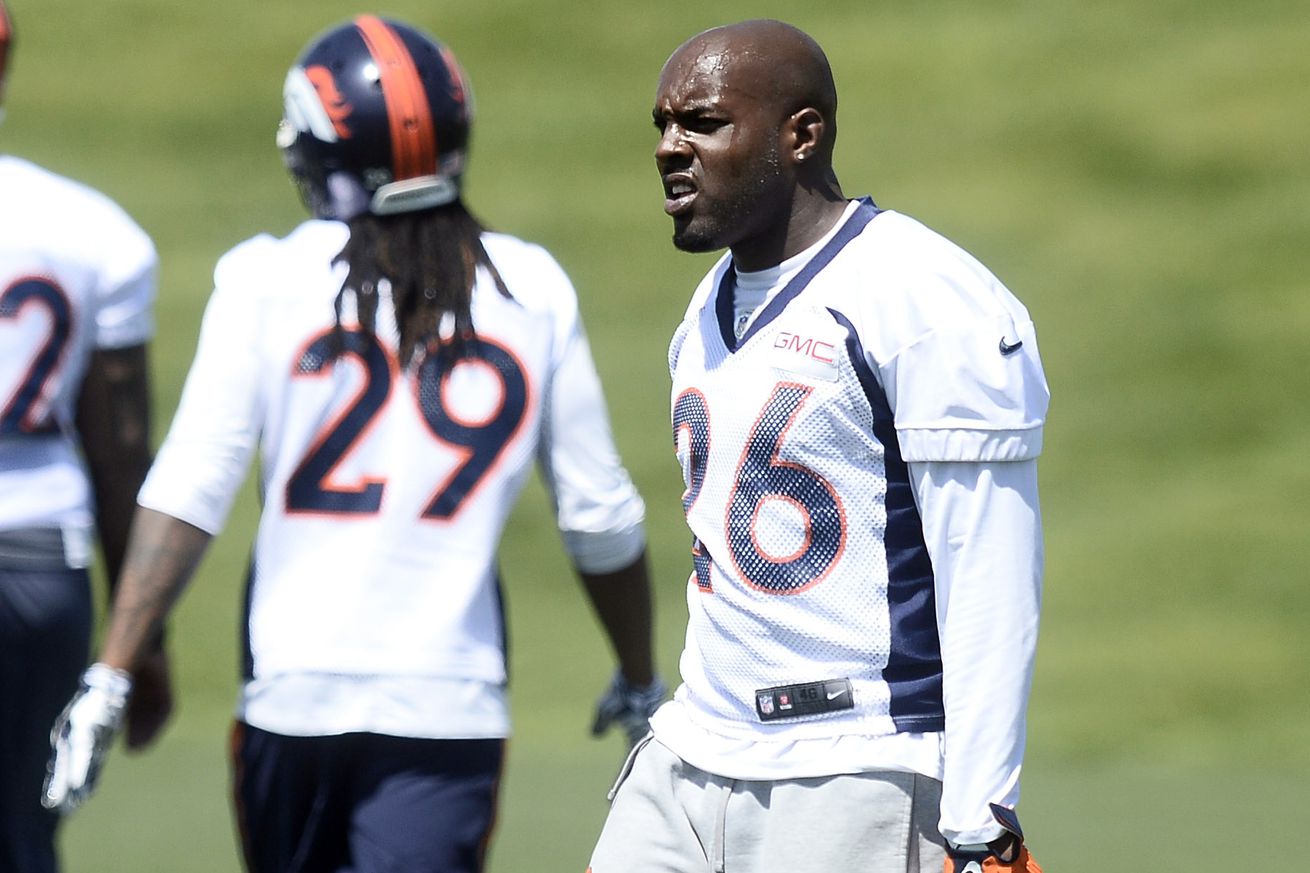 With Coach Kubiak they know the Depth Chart is written in pencil for a reason.

Coach Gary Kubiak's depth chart yesterday may not have provided any clarity whatsoever to fans and media as the coach had nine position groups with "co-starters."

What is Conversion Tracking? How to S…
Indian History Notes PDF in Hindi 202…
A Comparison of the Environmental Imp…
What Marathon Running and Successful …
Rakuten Wallet Announces Preparation …

But the only people who cared were...um...fans and media.

That's because Kubes' players know the "depth chart" is just some names scribbled on a piece of paper -€” and it could change at anytime.

For all they know, it already has.

"I didn't even know we put a depth chart out today. I don't pay attention at all. At the end of the day, it can always change," said C.J. Anderson. "It can interchange at any time. You better always be on your Ps and Qs."

Kubiak himself called it "nothing at all" with his two-named starters in several key positions, including quarterback, running back, tight end, guard...pick any position where there has been some competition, and two names appear.

"I think there are about nine positions that are slashed. We have some things going on and obviously some really good competition," Kubiak said, adding that nothing has changed at QB -€” Mark Sanchez and Trevor Siemian are splitting reps and the coach will probably name a game-day starter after Tuesday's practice. "It's really nothing new. It's just that's the way we are working, so that is the way we are going to list them."

Sanchez noted that getting split reps isn't really an issue because the prep is the same.

The lone veteran quarterback is protruding confidence despite his tenuous spot atop the chart because he knows one mistake - or even a couple - won't necessarily cost him the starting job (though, he'll definitely want to make sure he doesn't take a knee next time during a "stop-the-clock-to-kick-a-FG" drill). Consistency over the long haul will be the key and that's what he's aiming for.

"I'm not worried about it. It's whenever Coach is ready to decide. It's his call all the way and we just have to keep competing for the whole season, really," Sanchez said. "I'm just anxious to get going."

Sanchez's "co-starter" Trevor Siemian may not talk as confidently, but he's definitely feeling more solid as a second-year player in this offense.

"I was pretty nervous last year," he acknowledged. "I'm a little more comfortable ...There's a sense of, ‘I know what I'm doing,' but I'm just trying to take it one day at a time."

Although rookie quarterback Paxton Lynch is listed third on the depth chart, he's more than excited to get whatever playing time he can on Thursday.

"I'm excited to get out there and play against real competition and throw the ball against guys other than our Defense," Lynch said. "Just putting the pads on and getting to run around a little bit. I'm excited that we all get the opportunity to go out there and show what we've been working on through camp so far."

No doubt every player on the Broncos' offense will be somewhat relieved to get a break from going against the No. 1 defense after feeling the wrath of the No Fly Zone and Orange Rush all week.

But not a one of those players would trade that preparation.

Bradley Roby to the house, pick-six. Intended for Sanders. Williams got his arms up in front of Sanchez as he threw.

You can bet Wade Phillips' defenders are chomping at the bit to go against a different set of faces on the other side of the ball too.

"I think we're all excited because we get to get into a different mindset and a different mode, instead of just hitting each other all day every day," said linebacker Brandon Marshall. "We get to look forward to something else and we get to make some plays and actually play a real game."

And just because it's technically a "preseason" game, Marshall doesn't distinguish like that. To him, this is the first one of many, and guys better be ready.

"If you try to just play it safe and play it easy, you're going to get hurt. You have to give it your all, 100-percent and let the coaches scale you back," Marshall added. "If the coach wants to give you a quarter or 10 plays of work, then give those 10 plays your all and sit down after that."

That kind of mentality is exactly why this defense is going to be good -€” really good -€” once again.

We felt like we were a great defense last year, but it's all about being a dominant defense this year.  -Darian Stewart

Safety Darian Stewart pointed out that it's really never been in question. This Broncos' defense still sees itself as No. 1 and no team is going to change that this season.

"That was the talk from day one. We felt like we were a great defense last year, but it's all about being a dominant defense this year," Stewart said. "That's where our mind set is and that's where we're trying to go from here."

And now that Aqib Talib is back practicing and rookies Justin Simmons, Will Parks and Kyle Peko busting their tails to do the work, the Super Bowl champions see no reason the defense doesn't get better.

"We had great depth last year so we're trying to duplicate that again because we had guys that sat out a lot last year and we had guys step in and do great things," Marshall said. "Justin's always around the ball, he makes plays, he's a ball hog and he's got good instincts. Will, he's a hard-head. He's going to come and hit you like a T.J. Ward almost. Peko, he's very savvy with it. He's got good hands. You look at him and he's small, but the guy makes plays. He's always around the football."

The final missing piece is getting DeMarcus Ware back and the squad will be set.

"Now we just have to get D-Ware back healthy," Marshall added. "I think we're all looking forward to that because he's the unquestioned leader of this group."

And no question where he'll be on that silly depth chart anyway, right Kubiak?

He's a trip. Reppin #94 since I'm not on the field. Won't be long. Batman, Robin, #NoFlyZone. Mission Accepted pic.twitter.com/7E6gq3S51M

Broncos' players not concerned about depth chart, just ready to play a game