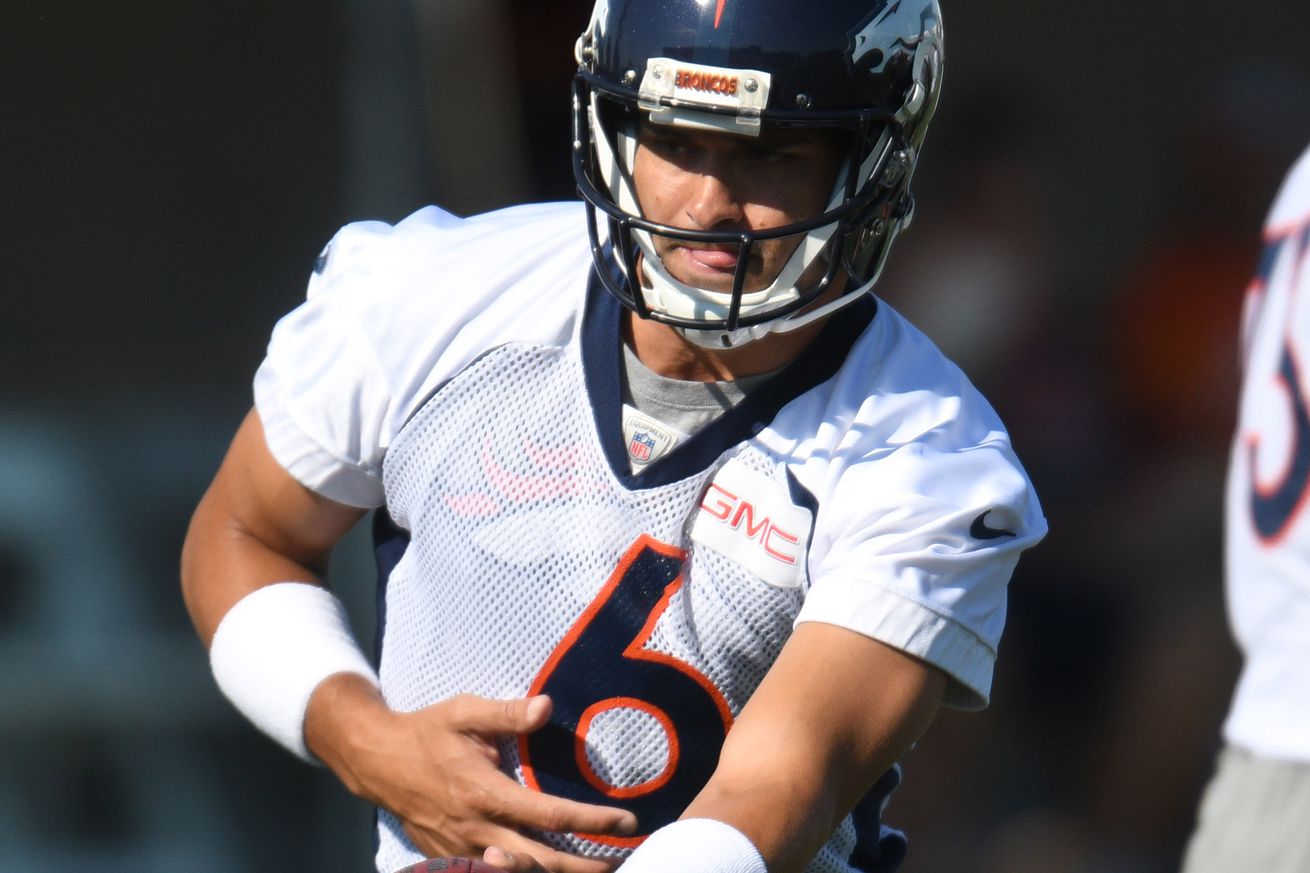 Sanchez will play the first quarter, Siemian the second quarter, and Lynch will get the entire second half.

According to the Denver Broncos, veteran quarterback, Mark Sanchez will get the start at quarterback for the team's week one preseason game against the Chicago Bears.

This means we will see Mark Sanchez with the first team offense for a Limited Amount of snaps then probably finish off with the second teamers. As Kubiak said, this game is more about the second and third teamers anyways.

"It’s just where we are right now. I think this is the game to look at all of those young players. The more I can play him, the more I can find out about him. If the game is rhythmic, like we hope, then hopefully he plays the whole half. We’ve been practicing that way, too. He practices a lot at the end of practice. We’ll keep that same rhythm."

I'm excited to see how all three quarterbacks perform.

Sanchez and Siemian are only getting one-quarter to play so they will have a limited amount of time to help themselves win the job. This scenario could lead to one or both to start pressing and try to make an impact play which could lead to an ugly turnover(or a big play). It will be interesting to see how both perform in that limited amount of time.

Lynch will be playing the entire second half and likely against the Bears third stringers/bottom of their roster players, so he is most likely to have the standout performance. A good performance from him could help vault him into more 1st or 2nd team reps, and a bad performance could squash any talk of him starting week one.