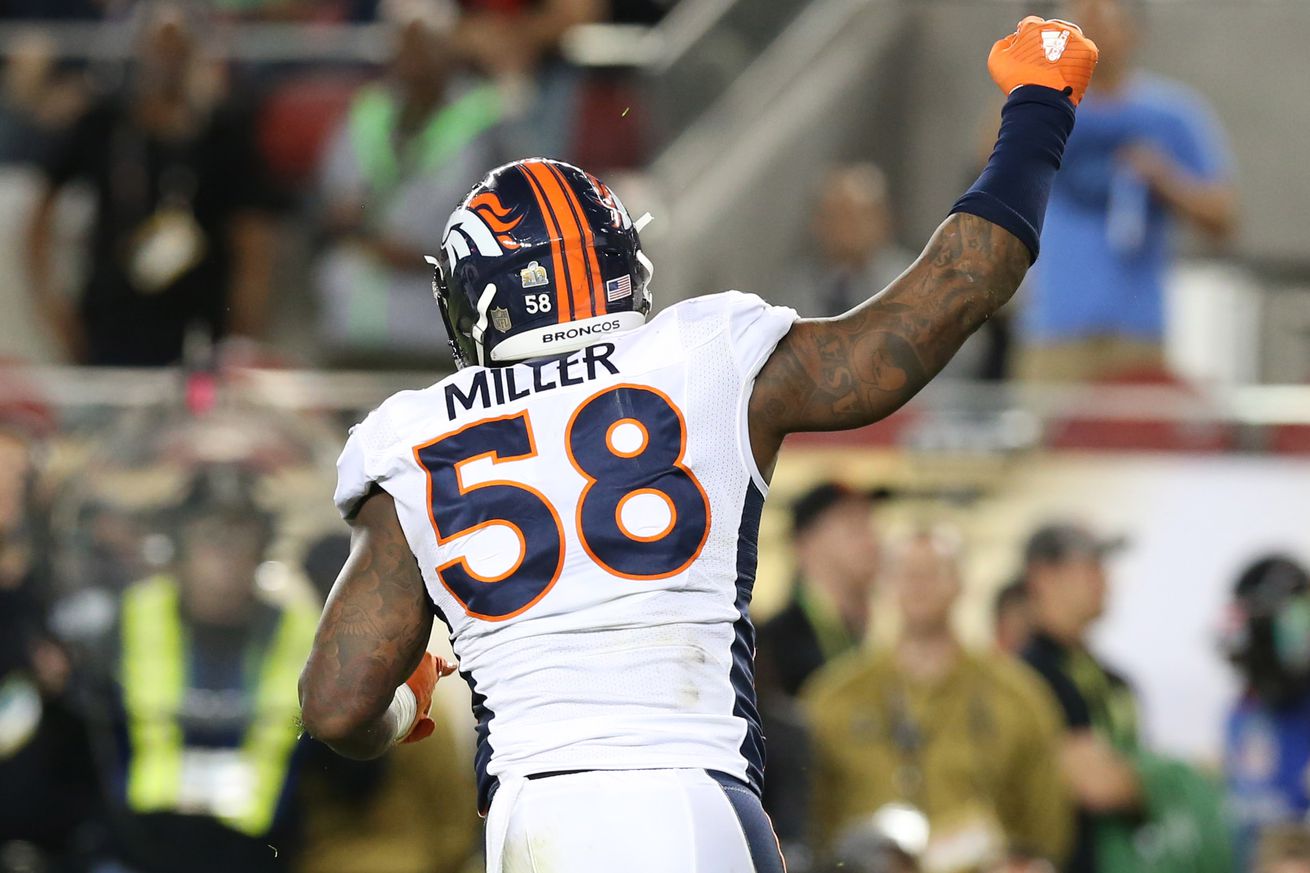 Politicians are often known for back pedaling, and Barack Obama will definitely have to do some today when he meets the team he did NOT pick to win Super Bowl 50. Unfortunately, a key member of what the president called a "monster defense" will not be making the trip because he is recovering from a gunshot wound.

Unfortunately, one Bronco not making the trip is Aqib Talib, who spent Sunday in a Dallas-area hospital recovering from a gunshot wound to his leg.

Talib is expected to be released today, but perhaps the No Fly Zone cornerback can still take a call from Obama so the president can have a little heart-to-heart:

Obama: "Repeat after me, nothing good happens after midnight ... or in a strip club in Dallas."

Talib: "Nothing good happens after midnight..."

Obama: "OR IN A STRIP CLUB IN DALLAS!"

Talib: "Or in a strip club in Dallas. Thank you, Mr. President."

It's more than a little ironic that this was the president's tweet just a day before Talib's gunshot wound:

We cannot accept our level of gun violence as the new normal. We must take action to prevent this from happening again & again. #WearOrange

But aside from Talib's situation, the visit should provide an interesting conversation between the Commander-in-Chief and the team since the POTUS was among a long list of doubters prior to the championship game, picking the Carolina Panthers to win.

But the president did give props where props were due.

Just got off the phone with Coach Kubiak. Congrats to Peyton, Von Miller, and that monster @Broncos defense - see you at the White House!

I'm pretty sure the players have forgiven the president his misguided mistake, and they all seem excited for the trip.

@DemaryiusT said he will write a letter regarding his mom to @POTUS & slip it to him during #Broncos visit to the WH pic.twitter.com/XrkwCMrJeH

Although Brock Osweiler has declined his White House invitation and Broncos-paid trip, several other former Broncos will be there, including Peyton Manning, Malik Jackson, David Bruton, Jr., Aaron Brewer, Omar Bolden and Danny Trevathan. Von Miller, who hasn't been with the team since the Super Bowl parade in downtown Denver, will also rejoin his teammates for the momentous occasion.

Excited to go to the White House Monday! It'll be good to see the fellas and relish in the memories of winning the biggest game of the year!

Ward's foundation sponsored the free camp for kids 8-13 and highlighted basics of football, including non-contact passing, catching and running drills.

"I like to give back, I like to be around the youth," Ward told denverbroncos.com. "I like to give them as much info as I can about my experiences and how [that can] benefit them. Things like this are an easy way."

Fellow ‘No Fly Zone' teammates Chris Harris Jr. and rookie Will Parks helped Ward as they all participated in the drills - which included getting hit by the kids.

"It's always fun to be able to just line up against them and just let them have a chance to go against me," Harris told denverbroncos.com. "That's probably something they always dreamed about doing, and make it a little bit more fun for them. Something that when they get home tonight, they'll be like ‘I lined up against Chris Harris.'"

(*editor's note to Chris and T.J. - I dream about this too and will look forward to the skills camp for women age 35 and up next summer!)

This is why T.J. Ward is the Boss.

Monday seems like a good day for some Broncos Trivia, and thanks to my handy, dandy desk calendar, I have several trivia questions for you. Should your Monday be slow and mundane, I have just given you ample material to Google (much better than looking up The V-Club in Dallas, for example).

And, of course, feel free to add some of your own trivia questions in the comments.

Muhammad Ali and Howard Cosell: Foils and Friends Bound by Mutual Respect - The New York Times
The camaraderie between the boxer and the broadcaster produced an entertaining union of opposites and a well-suited black-white pairing for the 1960s.

Dekoda Watson devotes himself to make education a priority in his hometown
Linebacker Dekoda Watson will soon head back to his hometown in South Carolina, continuing to make an impact on the youth through fitness and education.

Armour: Answers in CTE study will overshadow controversy
The day is coming when former NFL players won’t have to wait for an autopsy to explain the mood swings, the memory loss, the depression and, in the very worst of cases, the urge to kill themselves.

Broncos CB Aqib Talib shot in leg, won't travel to White House
Cornerback is a three-time Pro Bowler and key member of Denver defense. Unfortunately, he can't stay out of trouble in Dallas.

President Obama invites the Broncos to the White House - NFL Videos
President Barack Obama calls Denver Broncos head coach Gary Kubiak and linebacker DeMarcus Ware the day after the Super Bowl to congratulate them on their victory and to invite them to the White House.

Denver Broncos happy to put football matters aside to meet president
There's much on the Broncos' offseason plate, but they're taking a break Monday for something only champions get to do: visit the White House.

Sundays with Sacco: John Lynch's unique place in baseball
Should safety John Lynch be elected into the Pro Football Hall of Fame at some point, it would be the second sports hall of fame for him to have a part in.

Mason's top five Broncos special-teamers
Some of the greatest specialists in NFL history have worn blue and orange.

Nine things we learned from this week's AFC OTAs - NFL.com
It's tough to hold a true QB competition during OTA and minicamp season. In Denver, the real news is that there will be a competition at all. And it's not just between Paxton Lynch and Mark Sanchez.

Al Wilson does not care for Broncos organization | Broncos Wire
Al Wilson's career with the Denver Broncos came to an unfortunate end, resulting in lawsuits. Years later, the linebacker has not moved on.

No, Brock Osweiler did not say the Texans will ‘destroy’ the Broncos | Broncos Wire
Houston Texans quarterback Brock Osweiler recently said he'll destroy the Denver Broncos this season. Or did he? Here's the truth.

Denver Broncos' quarterback question masks team's other issues - Denver Broncos Blog- ESPN
While the quarterback situation has dominated discussion, the Broncos will have a lot of turnover on special teams.

Finding The Best Cities To Live For Your Family