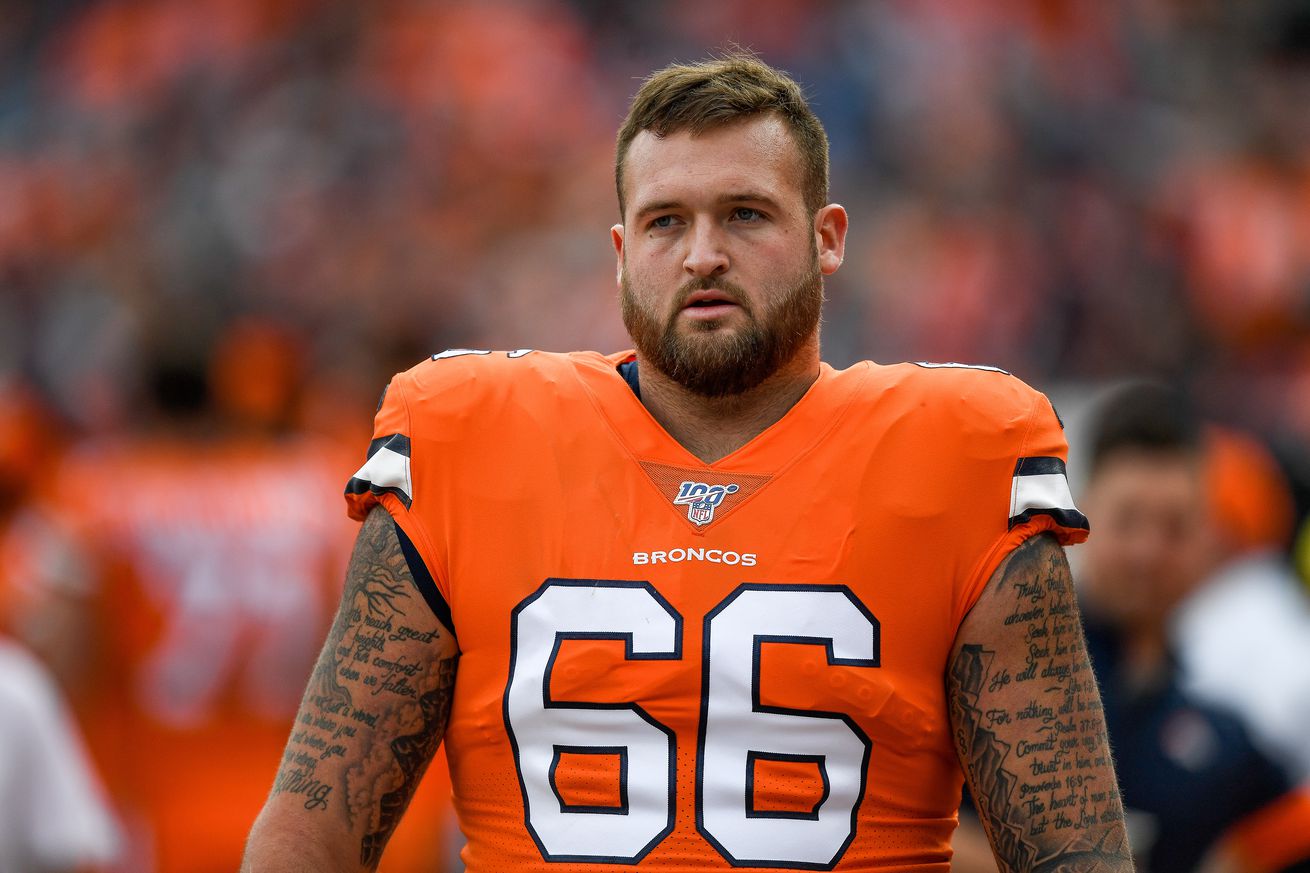 Dalton Risner had an outstanding year under O-line coach Mike Munchak, and the Broncos are expecting the left guard to become a multi-year Pro Bowler over his career in Denver.

If the left tackle position was a blight to the offensive line last season (for the most part), the left guard was anything but, thanks to the rookie from Wiggins, Colorado.

Committed: Civil Rights and the Stru…
27 Powerful Writing Tips For Your Fir…
The One That Got Away: Legendary Albu…
LIMITLESS - Kid 'Superman' Jerry Bruc…
Interview with Horror Author Donald F…

Dalton Risner consistently performed beyond his rookie pay grade and was one of the few offensive linemen to perform solidly week after week for the Broncos. He was the only Bronco to make Pro Football Focus’ All Rookie Team for 2019. And his 64.5 overall PFF grade ranked 19th among all 39 eligible guards.

Not too shabby for the rookie.

Risner is such an excellent run-blocker and quickly has become one of the best pullers in football.

Very good processing, understanding of leverage, angles, and competitive toughness. Has made a seamless transition to LG after starting 50 games at RT/C at KSU. pic.twitter.com/5fReWL2a4v

PFF’s Ben Linsey loved Risner coming out of college and believed his freshman NFL campaign was a decent one - at least something to build upon. Noting that Risner played tackle in college and moved to guard in the NFL, Linsey gave him a pass at not being rated higher than 19th among all guards.

Risner was able to hold his own in his first year despite the position changes. ...Even more promising is that Risner was playing even better before injuring his ankle in Week 7 against the Indianapolis Colts, and that was an injury that seemed to linger throughout the season in addition to a bout of the flu. Through the first six weeks of the season, Risner ranked seventh among qualifying left guards. Coming back healthy in 2020 with a full season of experience at left guard under his belt, Risner is poised to take a big step forward.

Through the first five games of the season, Risner was second among all rookie offensive linemen.

Dalton Risner through 5 weeks has a grade of 67.3, which is good for the 2nd best grade amongst all rookie interior linemen pic.twitter.com/RIGC7zrgyF

He even got rare praise from Denver’s head coach midseason:

“I really like Dalton,” Vic Fangio said. “Dalton’s going to be a 10, 12, 15-year starter in this league if everything goes right.”

And James Palmer of NFL.com is reporting this week that the Broncos believe Risner could be a 10-time Pro Bowler in his sophomore campaign.

I don’t even know how we can have a “bad” column for Risner. Easily the best player on the line last season, Risner is expected to be a long-time starter and big-time contributor to this franchise. His main area of improvement will be just soaking up more tutelage under Hall of Fame lineman Mike Munchak.

In an interview on Broncos Country Tonight last season, Risner recalled a funny conversation with Munchak while watching film - and it’s worth re-reading:

MM: Say Dalton, did you win right there?

MM: Were you doing the technique I coached you?

MM: Dalton, did you win there?

MM: Did you do the technique I coached you?

“So, he does a good job of letting me know that if I stick to what he teaches me, I’ll be successful in the NFL. Credit to him. I think he’s going to help me grow a lot over the years.”

While the offensive line is still very much a work in progress, Risner’s presence should be a stabilizing force.

With the addition of Graham Glasgow, plus hopefully a healthy Ja’Wuan James and a potentially great rookie center in Lloyd Cushenberry III, this o-line could be the best it’s been in years - and Risner will be a primary reason.