Steve Atwater says Xavier McKinney is the ‘total package’ - but is safety a position Broncos should take in the first? 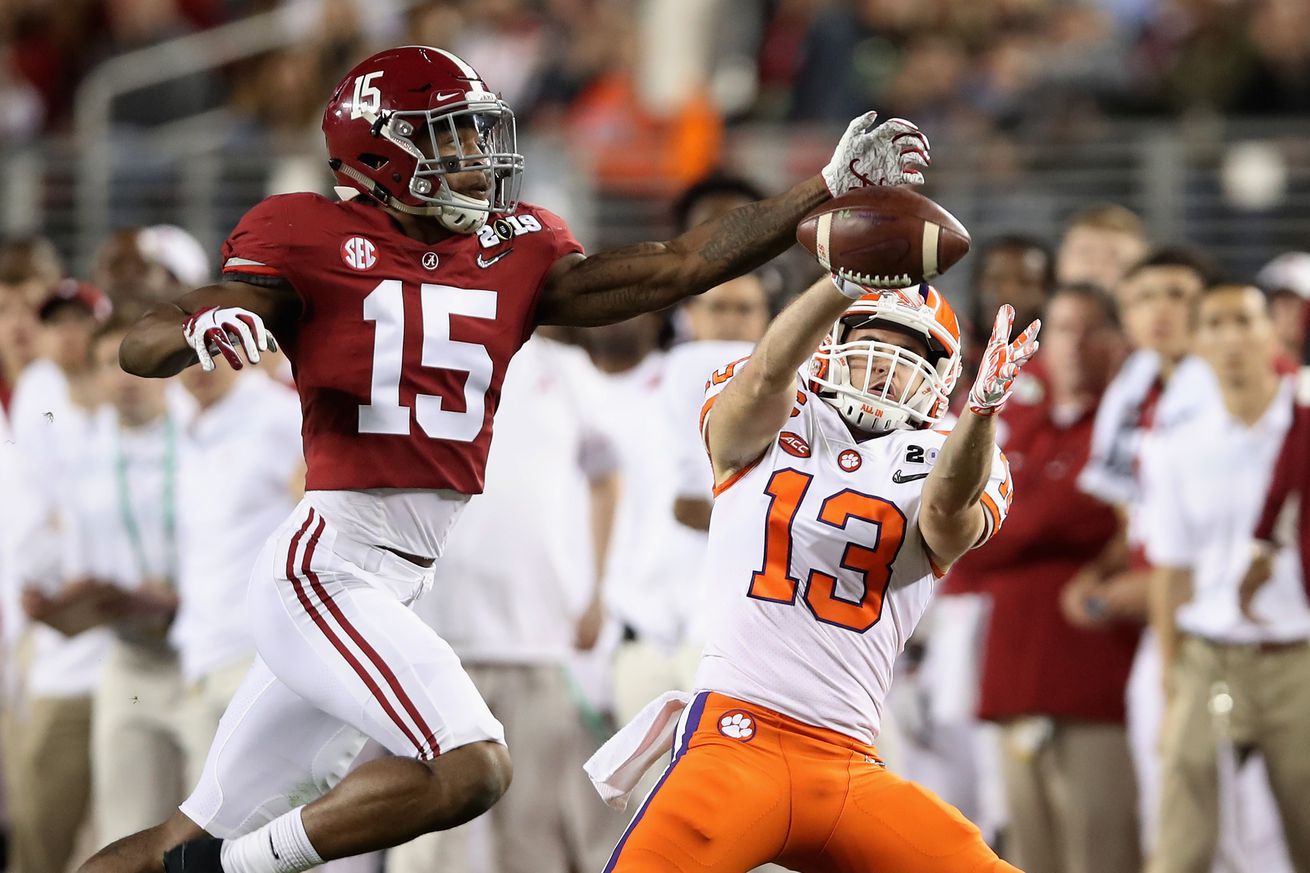 The Hall-of-Fame Safety weighs in on a lot potential draft selections, arguing it’d be tough to take McKinney at 15, but he still loves his game.

“Hof,” aka Steve Atwater, joined Ryan Edwards and Benjamin Allbright on Broncos Country Tonight for his usual Tuesday appearance, and it was definitely a Hall-of-Fame 20 minutes of your time.

Atwater spoke about getting to call Von Miller to give the future Hall-of-Fame edge rusher the news he had been named to the 2010s All Decade Team. And although Miller seemed to already know the “breaking news,” his conversation with Atwater was fresh and vintage Miller:

“I’ve had a lot of great examples - from Petyon Manning to Tim Tebow to DeMarcus Ware - and when you said All Decade Team, I immediately thought of DeMarcus because Demarcus got that and he did a lot of great stuff,” Miller told Atwater. “As long as I’m doing what same stuff Demarcus did, I’ll be good, man.”

No. 58 even worked in a little extra info about his “quarantine” time.

“Honestly, this quarantine don’t even got me down, man,” he said. “I’m just chillin’ here in the crib, working out. Everything is good with that.”

From one member of an All-Decade team to another.

With Edwards and Allbright, Atwater talked about how much of a leader Miller has been by

“He has a championship mindset and he knows being mentally on top of it is sometimes more important than physically on top of it. He’s got that part down pat, just being positive regardless of the situation.

“Throughout the year, he was frustrated, and the media seemed to think something was going on, but hey that’s how it gets, guys who are used to winning and when it’s not happening, it kinda eats away at you.”

“Mentally you just got to know I’m doing everything I can be best I can be as a player and a teammate, supporting my guys. I’m being coachable, I’m getting all my workouts in. Not much more that you can do. Always hope you’re on a championship team, but sometimes just isn’t the case. You just gotta make sure you give it your all so when you look in the mirror, you feel really good about that.”

But in addition to talking about current players, Atwater chimed in on several top draft picks that he’s evaluated/talked to, and it’s always worth your time.

Here are some highlights:

“He’s the best safety coming out in this class. He’s physical, he’s fast, he has great awareness on the field, takes great angles. ... He’s the total package when it comes to safeties. To have a playmaker like that on your team, it couldn’t hurt you.”

Atwater noted that he won’t be on the Broncos roster, and Edwards immediately asked why not - don’t the Broncos need a succession plan at safety, given that Kareem Jackson turns 32 and will be on the second year of his two-year contract (with an option for a third)?

“You going to take him in the first round?” Atwater asked, to which Edwards said he’d take him right now and Allbright said, “No sir.”

Although McKinney would be tempting for the HOF safety, he believes that position is “not as serious a need. Eventually you’ll need to, but the need to get a speedy receiver is a little more important right now.”

“He’s got the speed, the agility. He’s a physical guy too. Haven’t seen Jeremy play the level of competition McKinney did. But Chinn will be a really good player at next level too,” Atwater said of his nephew. “If we get to second and third round and thinking about safeties, Jeremy Chinn’s name will definitely come up.”

“A burner, tall. His body type reminds me of another great receiver we have, Courtland Sutton,” Atwater said, recalling the 49ers’ use of two tall, big receivers - Jerry Rice and John Taylor - something the former defensive back doesn’t want to see at the Broncos.

“I just want to see a burner. Mims may be there for us in the second round, but I wouldn’t take him at 15. I’m definitely not doing that,” he said. “He’s a real handsy guy too...he’s going to get a lot of OPI calls on him.”

Allbright joked that Atwater had a height bias but the Hall-of-Fame safety was taking none of it.

“I like [Mims], but for me, guys 6-foot-3 and up, I’m crossing them off my list. We got those - Tim Patrick, Courtland. We good there,” Atwater said. “We need somebody who can get in that slot and by the time they throw their moves, the defensive back is on his butt and [the WR] is wide open. That’s the kind of guy we need right now.”

Now if Mims is still available in the second round, Atwater’s “cool with it.”

So would Atwater go for Jerry Jeudy or Justin Jefferson? “I want Jerry Jeudy, but he is not going to be there,” he said.

Edwards argued that Jefferson is the best slot in the draft, but Atwater didn’t buy it: “I don’t know about that.”

Allbright ended the conversation making fun of Atwater’s “height bias,” arguing the Hall of Famer probably wouldn’t even take the greatest receiver of all time - Megatron - if he were available and the Broncos had the “tall” Sutton.

“Don’t record that,” was Atwater’s retort ... amidst much laughter in the studio.

So is Atwater’s “height bias” justified?

Steve Atwater says Xavier McKinney is the ‘total package’ - but is safety a position Broncos should take in the first?