Broncos have a Drewcember to remember! 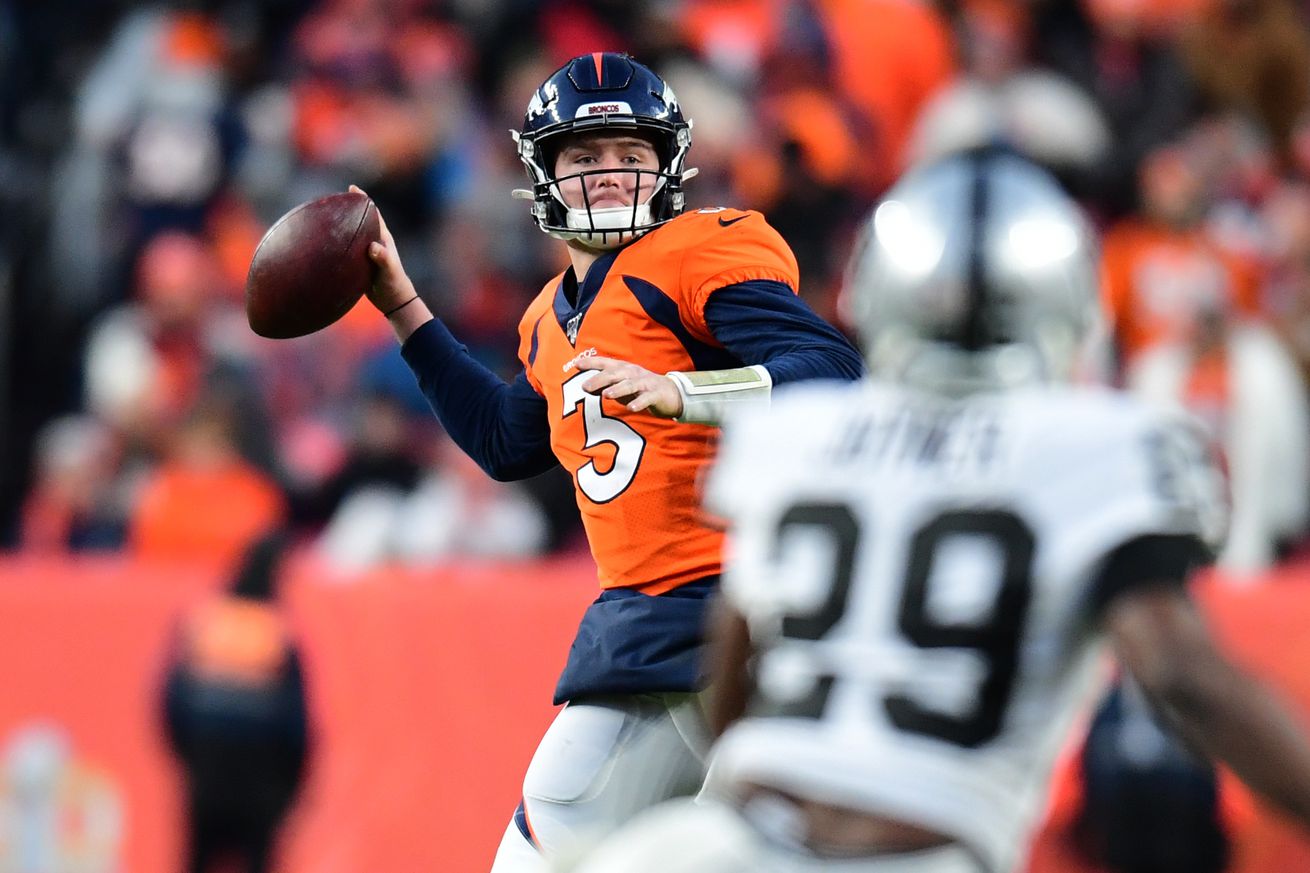 Drew Lock and the Broncos went 4-1 in December to bring hope to Broncos Country for the first time in four years.

No matter the circumstances, a win over the Oakland Raiders is a great day.

On the MHR Radio Podcast, Adam Malnati and I said this one is extra sweet.

The Denver Broncos 16-15 win over the Raiders on Sunday closes out the 2019 regular season with a four-letter word absent from Broncos Country the last four years — hope. And it starts with Drew Lock.

Since the rookie quarterback became the starter, Denver (7-9) went 4-1. Lock continues to show he belongs and is the Broncos quarterback. Added to the young, foundational pieces the organization has in place, on top of the veterans, and you see why there’s so much excitement. Never mind the gobs of salary cap space and NFL Draft capital.

“I can tell you one thing right now, we got a good team,” Von Miller told the media after Sunday’s win. “We got a great quarterback. Running back. Receiver. Noah Fant is going to be in his second year. We’re going to get (Bradley) Chubb back. We’re going to get K-Jack (Kareem Jackson) back. We’re done with this losing shit. Gonna be ready to go.”

While we have to depart the Drew Train for 2019, it gave Broncos Country a Drewcember to remember. Buckle up for an even better ride in 2020.

Broncos have a Drewcember to remember!