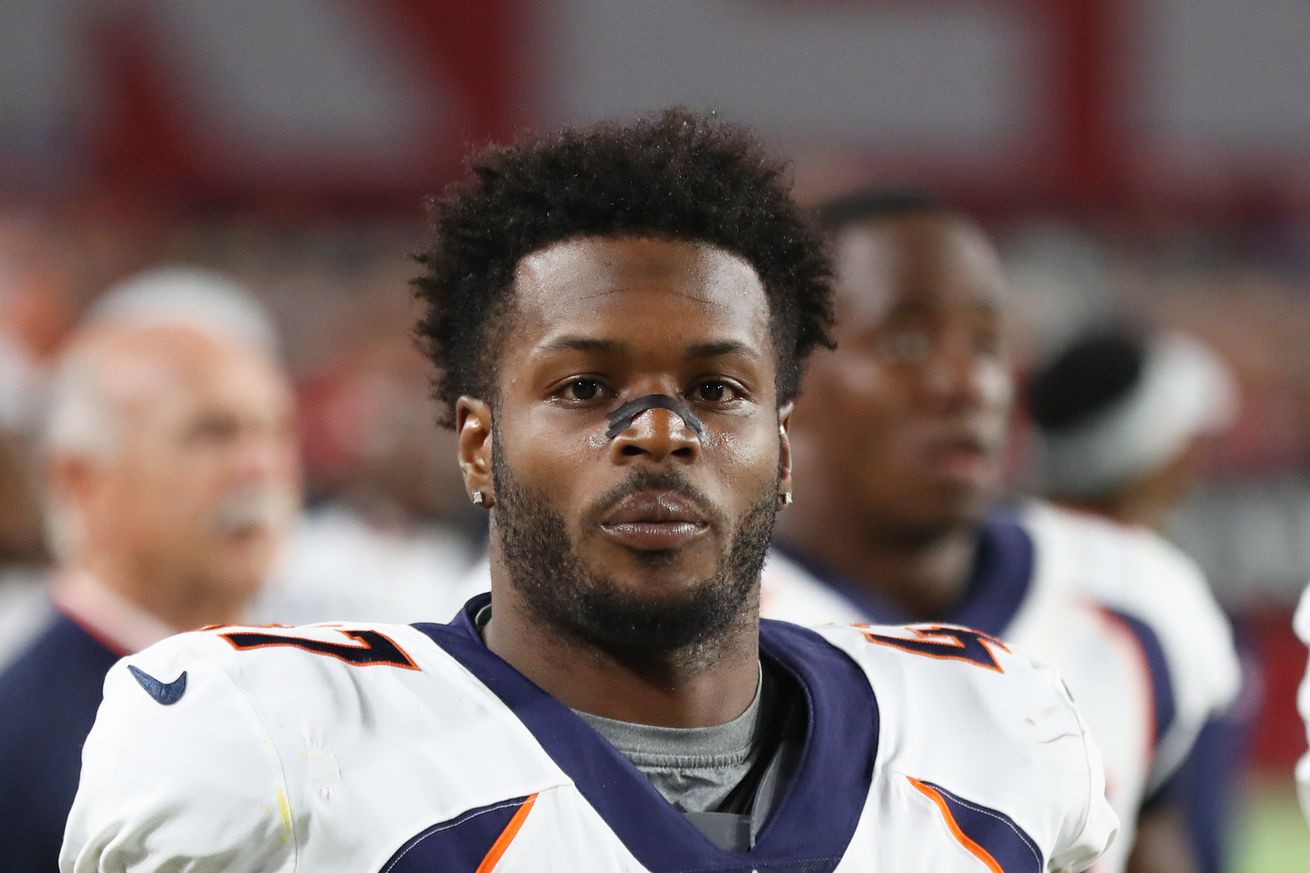 Can Shamarko Thomas win a tough race for space on the Broncos roster?

Shamarko Thomas is what most around the NFL call a journeyman. Since he was drafted out of Syracuse in the 2013 NFL Draft he has worn five different NFL uniforms. The 4th round pick served as a depth safety and core special teamer for Pittsburgh the first four years of his career before an injury derailed his final season with the Steelers.

Since then he’s been a part of both the Jets and Colts training camps, but wound up on the Bills and 2018 Broncos final rosters.

Thomas joined the Broncos in August of last year after Jamal Carter tore his hamstring in Denver’s preseason opener. He was available only because the Colts cut him after he was the first defensive player ejected under the NFL’s overhauled contact rules.

Since his rookie season, Thomas has made his mark in the league on kickoffs where his high school experience as a sprinter shows up. He’s fast down the field and shows no hesitation to mix it up with bigger blockers in an effort to reach the return man.

Despite the fact that Thomas stands just 5’9, he bench pressed 28 times when he worked out at the NFL Combine. While this is hardly the end all, be all, it should give you an idea what he brings to the field. Thomas is a physical player who will head hunt to make a statement and brings a lot of force behind his pads.

Thomas looks like a bit of a one trick pony. He played all of 6 defensive snaps against the Ravens and 13 snaps on D in the blowout over Arizona. Beyond those two games he was strictly a special teams player, and suited up for just 4 games in 2018: The second game against Kansas City, Houston, Cincinnati and San Francisco.

Even at a smidge under 5’9” and weighing in around 205 lbs, Thomas is closer stylistically to Su’a Cravens than Dymonte Thomas. He does not look as natural in deep coverage as you’d like and if forced into time defensively he looks like a better fit as a robber or even closer to the line of scrimmage.

Thomas looks like an odd fit in the Fangio defense.

It’s going to be tight, and his odds will depend at least in part on something he can’t control. There will be 16 defensive backs in camp, and Fangio tends to carry 10 or 11 into the regular season. The Broncos new boss usually carries 4 safeties, so a lot may depend on how the coaching staff views Kareem Jackson.

Thomas’ best shot is to prove he’s irreplaceable as a special teams standout and passable as a depth safety. His competition is fierce, both Dymonte Thomas and Jamal Carter look like cleaner fits in the new defense. Wishing him the very best of luck.

We are what we repeatedly do. Excellence, then, is not an act, but a habit.