Report: Emmanuel Sanders and Jake Butt will avoid being placed on the PUP at beginning of Training Camp 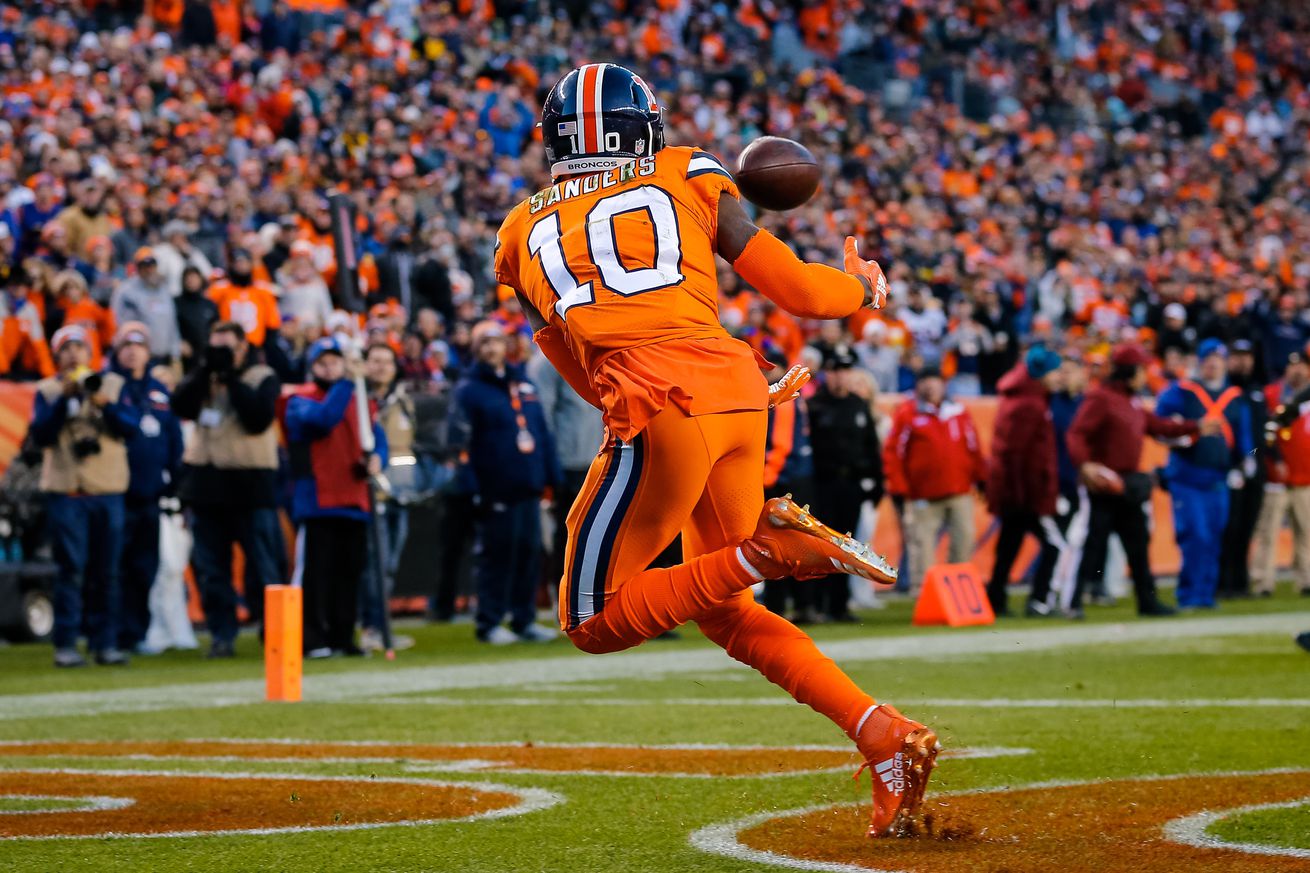 According to the Denver Posts Ryan O’Halloran, wide receiver Emmanuel Sanders is expected to avoid the PUP designation and be present for Broncos camp come Thursday. However, Sanders stats he won’t be “full go” at the start of camp which was expected from the start.

Sanders says he won’t be full go at start of camp.

Sanders also states that he will be eased into action and not take part in team drills right away which was expected.

He is recovering from an Achilles injury that ended his 2018 season early and he has been rehabbing it all offseason. His progress appeared to be going well and avoiding the PUP is a sign of just that. This will give Sanders another six weeks or so before the start of the regular season to get close or to 100% so no need to rush him into anything. Pretty safe to assume he will good to go come week one against Oakland.

The other injury news O’Halloran touched on was on the oft-injured tight end, Jake Butt. He tore his ACL last season, the third time he has suffered that injury and has spent the offseason rehabbing from the said injury. Well, like Sanders, the rehab must have gone well since he too is avoiding the PUP designation.

#Broncos TE Jake Butt said no PUP for him but he’ll be eased into team work.

This is good news for Butt who I believe is on the roster bubble heading into camp. He is now entering his third year in the NFL and only has been healthy enough to play in three games for the Broncos during that span. He has also suffered two torn ACL’s within those three years as well. So, his recovery from these injuries will be something to watch in the coming days and weeks.

Like Sanders, Butt will not take part in team drills right away and be eased into team drills as camp goes on. Unlike Sanders, Butt cannot afford to stay sidelined from team drills for too long because of his likely spot on the roster bubble. You have first-round pick Noah Fant and veteran Jeff Heuerman already ahead of him on the depth chart. You then have 2018 draft pick Troy Fumagalli coming off a strong spring pushing Butt for a roster spot as well. So there’s a decent chance that Butt will be about fourth on the pecking order once he returns to team drills.

So hopefully Butt can hit the field, stay healthy, and a be a productive member of the Denver Broncos offense in 2019.

Report: Emmanuel Sanders and Jake Butt will avoid being placed on the PUP at beginning of Training Camp