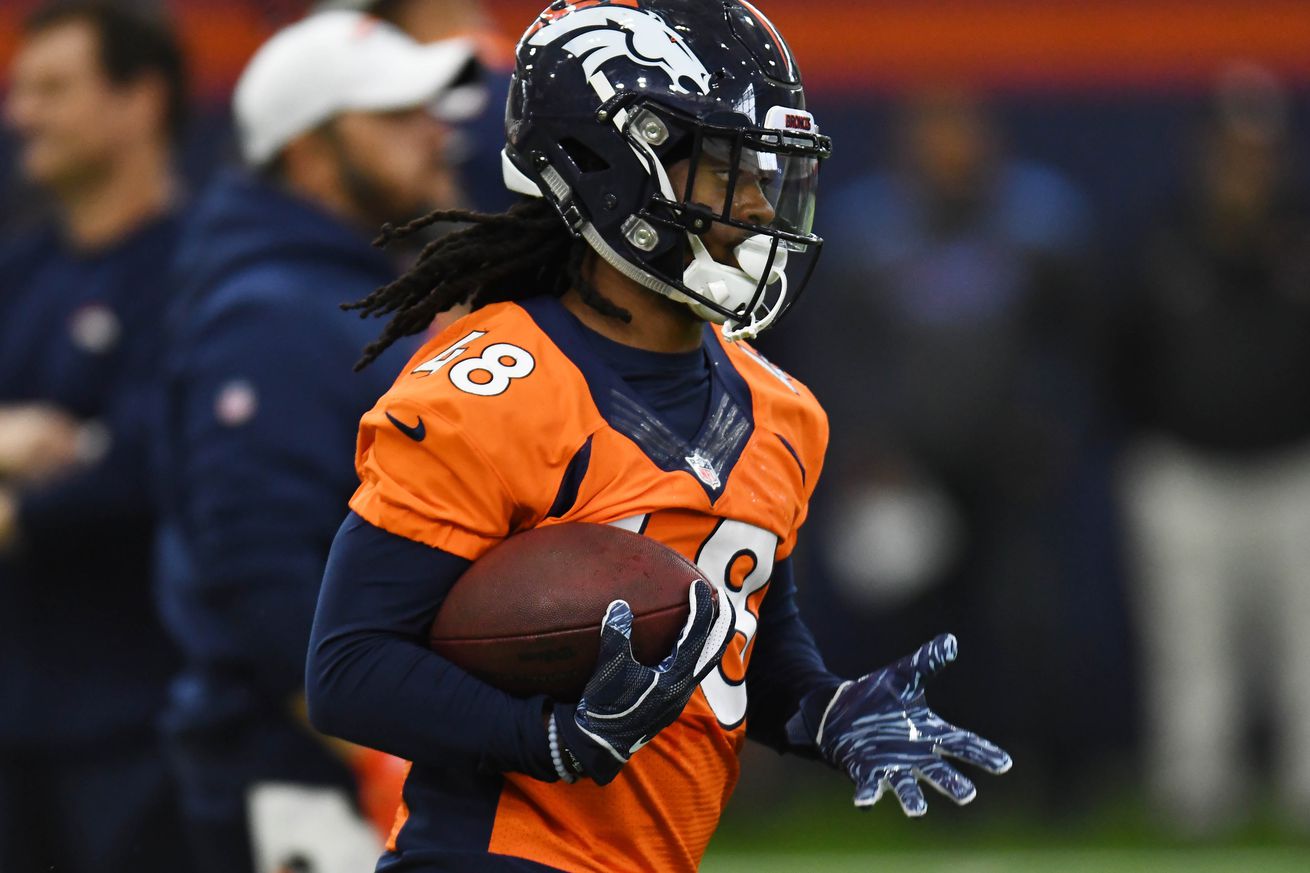 Could the D2 star carve out a role as a returner?

Devontae Jackson has taken a road less traveled to get to the Broncos. Coming out of high school he turned down offers from Air Force, and UMass in order to stay close to home by attending West Georgia. He had to take a detour to play college ball, and spent 2014 working at Pappasito’s Cantina in Marietta while he improved his ACT score. He enrolled in January 2015, just in time to tear up D2. His first year on campus the Wolves strung off 9 straight victories to open the season. They wound up as semi finalists in the Division 2 Football playoffs, losing to eventual champions NW Missouri State 38-23. Jackson finished the game with 20 carries for 76 yards.

The Wolves looked primed to content for another deep run in 2016, ripping off 4 straight victories to start the year. They lost a 23-24 heart-breaker against North Alabama to open October though, and never really recovered. Like his team, 2016 would go down as the most disappointing season for Jackson. He finished the year with less than 80 carries and 500 yards rushing, but still averaged a robust 6.2 yards per carry. 2016 would also mark the exit of head coach Will Hall, who resigned as head coach in order to pursue a coordinating job with Louisiana.

Jackson and the Wolves continued to make the playoffs under new coach David Dean, failed to reach the final four over the rest of his collegiate career. As frustrating as that may have been, individually the 2017 and ‘18 seasons were very successful ones for Jackson. He totaled 2,547 total yards and 18 touchdowns his last two years in school and was named a finalist for the Hill Trophy in 2017, which marked his recognition as one of the best players in all of D2 football.

BREAKING: Devontae Jackson is one of 10 national finalists for the Harlon Hill Trophy, given annually to the nation's top player in @NCAADII! #Shhh pic.twitter.com/0wSnZLtwTj

There are a couple factors that may aid Jackson’s attempt to make the Broncos roster. First and foremost the current opening at returner may leave room for him to carve out a niche. From there he could make an impression on offense with Devontae Booker’s contract expiring after the 2019 season. While Jackson is small, he was an all-purpose back in college.

There’s a good reason for putting an asterisk next to Jackson’s collegiate production, as he was highlight sticking guys who will only ever experience the NFL in Madden. While a small frame isn’t the limiting factor it was even 10 years ago, (Look no further than the Broncos’ Phillip Lindsay, after all.)Jackson isn’t the kind of sudden athlete or 4.3 freak to suggest he’ll blow by defenders at the next level. His 14 career fumbles are also concerning, as it could create another Isaiah McKenzie issue for him as a returner.

The Broncos running back stable is probably the toughest position group to crack on the entire team, so Jackson’s realistically playing for a spot as a returner or as a member of the practice squad in 2019.