Tight end, anyone? Considering Broncos’ potential options with the Draft 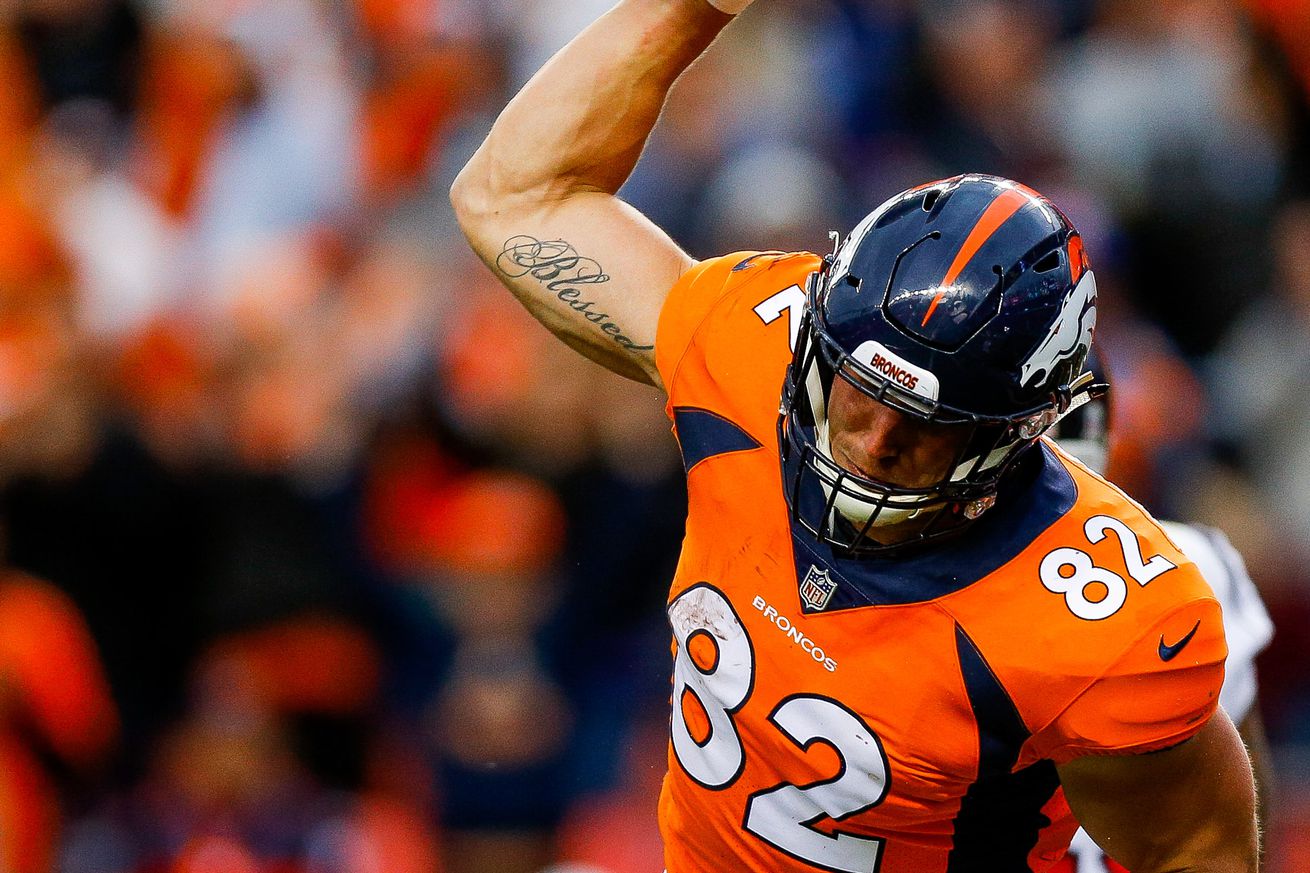 Given the uncertainty about what the Broncos may - or may not - do at quarterback in the first round, Brugler believes Denver is one of the more interesting teams to watch in this year’s event.

Brugler himself mocked the Broncos trading up to No. 3 with the Jets to draft Ohio State’s Dwayne Haskins as its QB-in-waiting, but like every other analyst, Brugler knows of John Elway’s interest in Drew Lock.

“When you look at John Elway and what we perceive the specific type of quarterback he’d like to have, [Drew Lock] checks a lot of those boxes - his make-up, son of a coach, physical skill set, strong arm, can make every throw, good athlete, can move around and is not a statue back there,” Brugler noted. “When break everything down, there’s a lot to like about Drew Lock. He’s not yet a finished product; there are still things about him that give you a little pause, but if he’s there at the 10th pick, he’d be enticing.”

A good possibility for the Broncos in the draft is to go cornerback - Brugler likes Washington State’s Byron Murphy or LSU’s Greedy Williams, both of whom will likely be available - or perhaps LSU’s Devin White at inside linebacker.

But there’s always a chance the Broncos will go edge rusher again because, as Brugler believes, “you can never have too many of those.”

But if for some reason the Broncos choose a tight end in the first round, Brugler thinks getting Iowa’s TJ Hockenson would be “a homerun pick.”

“TJ Hockenson at 10 would be a home run. He’s a big athletic player who loves to block - he can threaten the seem, play outside. If he’s there at the 10th pick, he’s absolutely worth it.” - Dane Brugler

“TJ Hockenson from Iowa is absolutely worth that pick,” Brugler said, adding that the main reason to not go after him would be because it is a great tight end class this year and a good one could be had in the second or third round. “But if they go that direction, I think Hockenson at 10 would be a home run. He’s a big athletic player who loves to block - he can threaten the seem, play outside. If he’s there at the 10th pick, he’s absolutely worth it.”

As a “diamond-in-the-rough” player, Brugler considers Penny Hart to be a great addition. The Georgia State wide receiver had a great day at the Senior Bowl but didn’t get an invite to the Combine.

“No one could cover him,” Brugler said of his performance in Mobile. “He has explosive quickness, refined routes, caught the ball well, looks to be a slot receiver in the NFL for a long time.”

Much of the talk on Orange and Blue Radio today revolved around the AAF. If you watched and were intrigued, then knock yourself out with the commentary - Ian Rapaport talked about its interest in becoming a developmental league for the NFL; former AFL QB Sherdrick Bonner talked about its potential; and Arif Hasan of The Athletic Minnesota discussed the new league with the crew at 1st and 10 @ 10.

7 Ways to Add Personality and Color To Your Boring Apartment

My experience living at 1 bedroom apartment and 2 big dogs in Long Island.

Cocktail of the Week: Caribbean Drinks on my Mind

Tight end, anyone? Considering Broncos’ potential options with the Draft