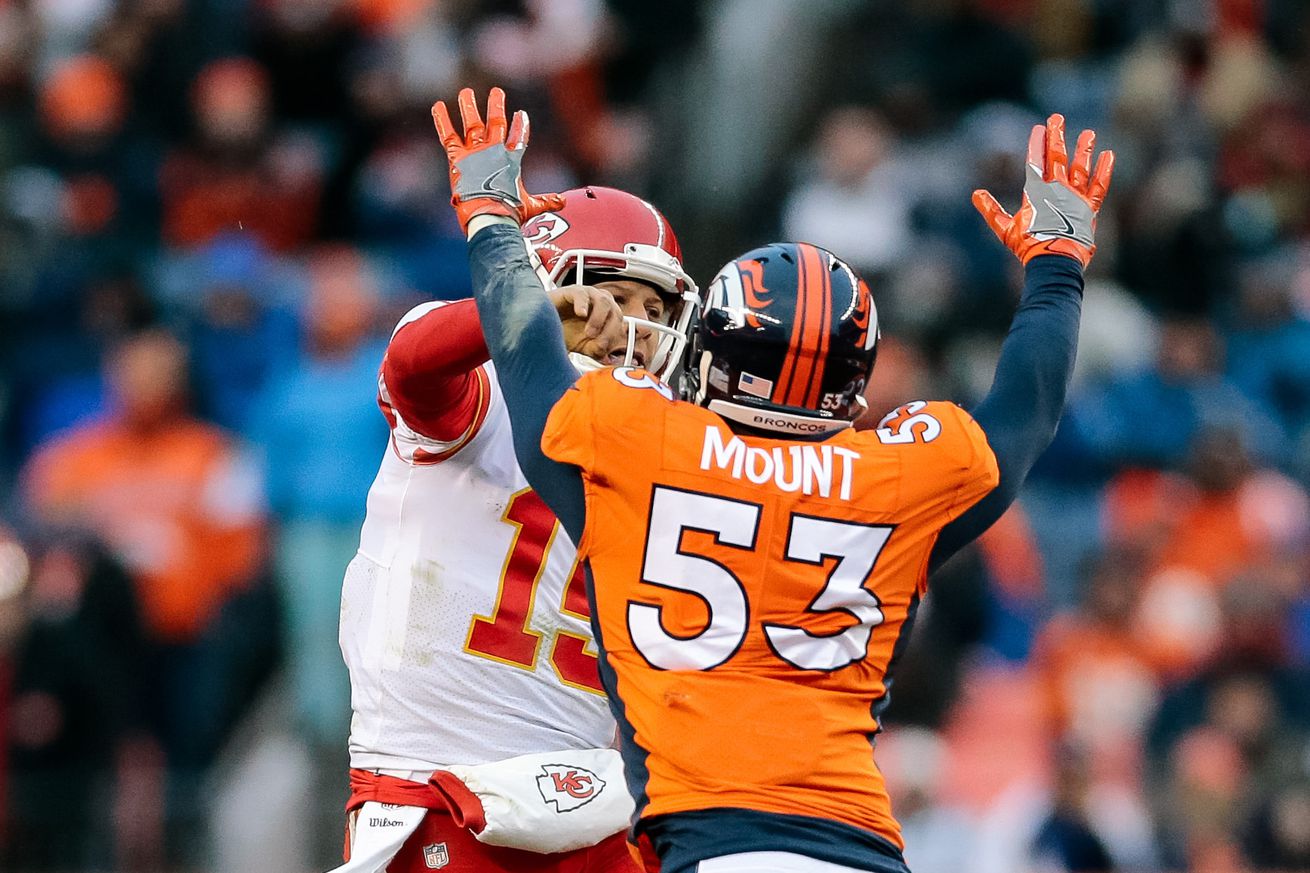 After an Achilles’ tear, the Denver Broncos have waived Deiontrez Mount.

The Denver Broncos waived ILB Deiontrez Mount on Monday following an Achilles’ tear in practice during OTA’s on May 29. Once he clears waivers, he’ll revert to the Broncos injured reserve list.

Mount, 25, finished the 2017 season with seven tackles, playing mostly during the team’s final two games of the season. The fourth-year linebacker was drafted in the sixth-round of the 2015 NFL Draft by the Tennessee Titans and also spent time with the Indianapolis Colts before signing with Denver last year.

The injury is a devastating one as Mount had made the practice squad on the team last year and was looking to increase his role this season.

The Law Reflects the Character of God

The Best Tips to Stay Healthy During Pregnancy