Horse Tracks: What do you think are the Denver Broncos’ biggest needs this offseason? 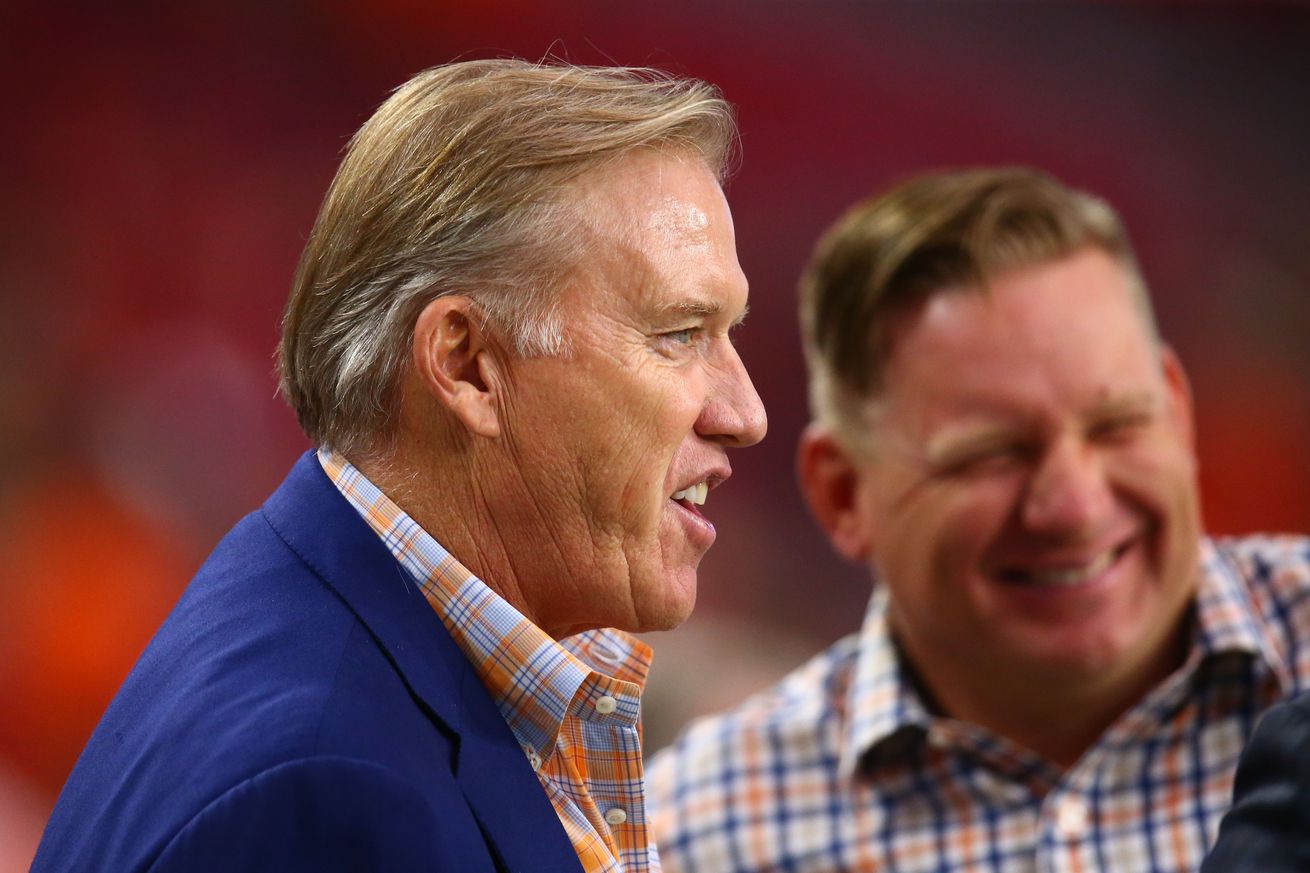 The Denver Broncos have a lot of work to do to get back to their championship winning ways. What do you feel are the biggest issues they need to address this offseason?

After five straight AFC West titles, two Super Bowl appearances and one Super Bowl victory, the Denver Broncos have struggled the past two seasons missing out on the playoffs in each campaign. There is no sugar coating it — the team needs a lot of work this offseason. John Elway and his staff have a huge task in front of them to help rebuild the roster in order to get back to their winning ways. Listed below are my top needs that the Broncos need to address in free agency and the 2018 NFL Draft in order to become successful and win now and from now on.

Nobody on the roster is capable of being the franchise’s quarterback of the future. If Denver wants to get serious about winning, there is no question they will have to make a major play for a quarterback in free agency. The top name available on the market is Kirk Cousins, but if the Broncos miss on reeling him in they may have to settle for someone like Case Keenum, or perhaps make a trade for a veteran such as Nick Foles. If the Broncos come out of free agency empty handed or with a less than ideal candidate, expect them to use the fifth overall pick on a signal caller.

Why is @VonMiller recruiting @[email protected]: 29-22 incl. playoffs since 2015 (10th-best) despite ranking 31st in passer rating

The Broncos could use upgrades at both offensive tackle and guard. A starting caliber player at right tackle is a major need, and while the team does have some depth on the interior of their offensive line, acquiring a top talent at guard would be in their best interest moving forward to protect whoever becomes their quarterback of the future. I wouldn’t expect the Broncos to spend lavishly in free agency at either position, but envision them using two early picks in the draft to shore up their needs here.

Everyone else outside of Brandon Marshall is a free agent of some capacity this offseason. Many fans across Broncos Country have been banging the table for years to have Elway draft a stud inside linebacker, but to date that has never happened. However, this year’s draft class has a ton of talent at the inside linebacker position and the Broncos should be able to find a plug-and-play rookie that can make a significant impact from day one. If there was ever a draft to use an early selection on an inside linebacker, this would definitely be the one.

The ambiguity surrounding the situations pertaining to Demaryius Thomas and Emmanuel Sanders make wide receiver a top five need for the Broncos this offseason. While the team did use a third round selection on Carlos Henderson in last year’s draft (which was lost due to injury), I believe the Broncos would be wise to select an electric receiver in the draft to shore up their offensive firepower. It isn’t necessarily a top two round need, but Denver shouldn’t have a problem finding a productive prospect late on Day 2 or early on Day 3.

Per @BobbyBeltTX, if released by the #Broncos, wide receiver Emmanuel Sanders would like to play for the #Cowboys https://t.co/I2EJoqsAmg pic.twitter.com/VQ61m8Vays

In a hypothetical scenario where the Broncos cut ties with C.J. Anderson in order to create cap space, running back slides into the realm of a top five need for the Broncos. While Devontae Booker and De’Angelo Henderson have solid potential, this year’s draft offers a plethora of high-caliber prospects at the position and the Broncos would be wise to take advantage of adding an electric playmaker to their backfield. Some fans covet Saquon Barkley if he’s available at the fifth overall pick, but with the depth available in the draft, I believe Denver would be best suited wait until the second day of the draft to make a splash toward upgrading their running back stable.

As always, thank you for reading. Feel free to give your top five needs for the Broncos this offseason in the comments section. Without further adieu, here is today’s offering of Horse Tracks.

Denver Broncos still searching for their next Peyton Manning
After two seasons of scuffling at the game's most important position, the Broncos seem poised to make a big splash at quarterback this offseason.

Like it or not, Denver Broncos now know price of admission in QB derby
If the Broncos decide to go after Kirk Cousins in free agency, they will need to pay him more than they have ever paid anybody else.

Colts' Frank Reich: 'Backup role has suited me well' - NFL.com
The Colts on Tuesday introduced new coach Frank Reich to the media, an episode of fanfare coming less than a week after the team was jilted by Josh McDaniels. That incident certainly came up.

Chiefs LB Derrick Johnson heads to become free agent - NFL.com
The Kansas City Chiefs will say goodbye to Derrick Johnson. The team announced Tuesday the veteran linebacker will be a free agent when his contract voids at the start of the new league year.

Charley Casserly mock draft 1.0: Colts snag Saquon Barkley - NFL.com
Four QBs come off the board within the first 15 picks and two RBs go in Charley Casserly's first mock of the 2018 NFL Draft. Have a look at his forecast for the first round.

Horse Tracks: What do you think are the Denver Broncos’ biggest needs this offseason?