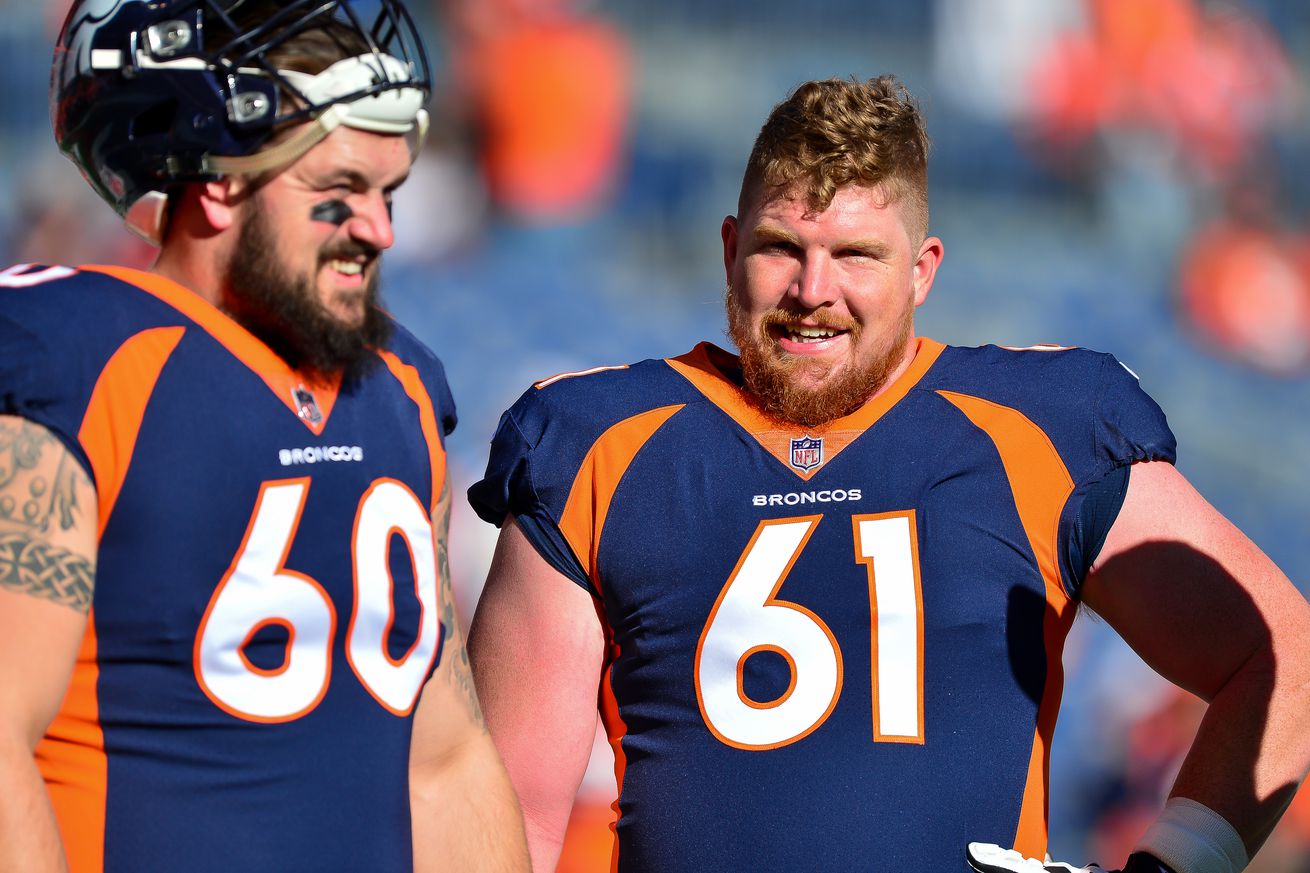 In a season where there wasn’t much to celebrate, especially on offense, Paradis was one of the few reasons you could.

That’s a remarkable feat for any an athlete and/or football player, let alone one who plays one of the most physical positions in all of sports. When you consider the Denver Broncos center kept the streak alive after having surgery on both of his hips this time last year, that’s even more impressive.

Paradis is a rock on the Broncos offensive line who brings consistency, leadership and work ethic. It helps he’s one of the better centers in the NFL, but for an offense that has struggled the last two seasons, his play gets lost. In a season where there wasn’t much to celebrate, especially on offense, Paradis was one of the few reasons you could.

As I wrote at the start of the 2016 season, Paradis is reminiscent of Tom Nalen, and not just when it comes to looks or the penchant for not grooming.

@two_dice is turning into the modern-day Tom Nalen. Add w/it they both have a penchant for not grooming. https://t.co/dNNZS26IgL

According to stats from the Washington Post, Paradis committed one penalty in 2017. One. He was called for holding in the fourth quarter against the Miami Dolphins. It gets even better: He didn’t allow a sack.

Pro Football Focus had him as the No. 8 center in the NFL, at 75.2. As a run blocker, Paradis was 13th at 70.6, and as a pass blocker was seventh at 79.0. Paradis is one of the best centers in the NFL, and having an offseason where he doesn’t have to rehab is huge as Denver heads into the 2018 season.

The most likely scenario is John Elway places a second-round tender on his center and then extends him in the middle or later portions of the season. If you were wondering about a fifth-year option, that’s only available for first-round picks. Regardless, it would come as a surprise if Paradis isn’t in orange come the start of the season.

One month out from the start of NFL free agency, the Broncos are set at center. Whoever Paradis snaps the ball to, they know they have one of the best in the game to keep them untouched. As noted earlier, the fact he won’t have to rehab this season is massive to build that rapport between center and quarterback.

In a time filled with more questions than answers, at least Denver has its rock at center.