Should the Broncos look into signing soon to be free agent linebacker Derrick Johnson? 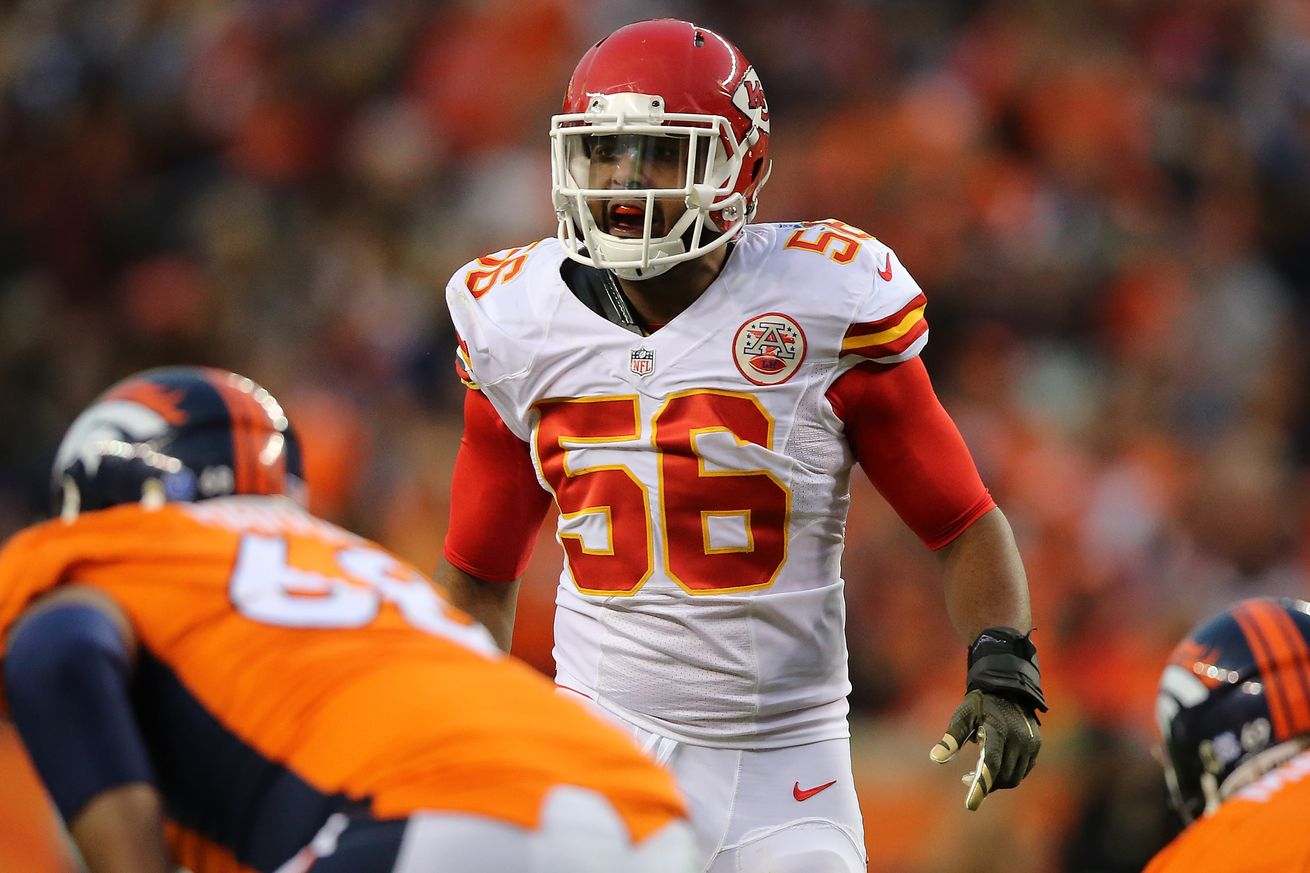 The soon to be former Chiefs linebacker could land in the Mile High city.

On Tuesday, it was announced by multiple sources that now-former Kansas City Chiefs linebacker Derrick Johnson’s contract has been voided. This will now make the veteran linebacker an unrestricted free Agent once free agency opens in March.

Chiefs' LB Derrick Johnson's contract voided after this season, and he now will become an unrestricted free agent. The 35-year-old Johnson, who made two game-changing plays in wild-card game vs. Titans that were nullified due to penalty, wants to play more seasons.

Now the question is, should the Denver Broncos be interested in all-time leading tackler in Kansas City Chiefs history? There are no reports out there saying they will have interest, but it makes sense.

First, it always seems like players who play for one team for more than a decade end up staying within their division once released. It’s not always true, but the players do like to stick it to their former team. The Broncos have this going for them and the Chiefs have been the Broncos biggest in division rival recently. So I could see it potentially happening.

Also, the Broncos have a need at inside linebacker. Starter Todd Davis is an impending free agent and is expected to move on this offseason. Backup Corey Nelson is also a free agent so the Broncos have quite the void there. Signing a veteran like Johnson to a one-year stopgap type deal would help patch up that hole for now. He would also add some veteran leadership to the Broncos defense that kinda lacked it after DeMarcus Ware retired.

The final reason is that he still played fairly well in 2017. He earned a 77.3 overall grade according to Pro Football Focus this season. He also played 845 snaps this past season and totaled 71 tackles and 1 forced fumble in 16 games. So he can be a productive player still despite entering his 15th season at age 35(will be 36 during the season).

Age and play decline is a concern and he will likely only be a part-time player at this stage of his career, but he would be a good stop gap option for the Broncos. I believe they will address this position at some point during the offseason, could it be Johnson?

Should the Broncos look into signing soon to be free agent linebacker Derrick Johnson?