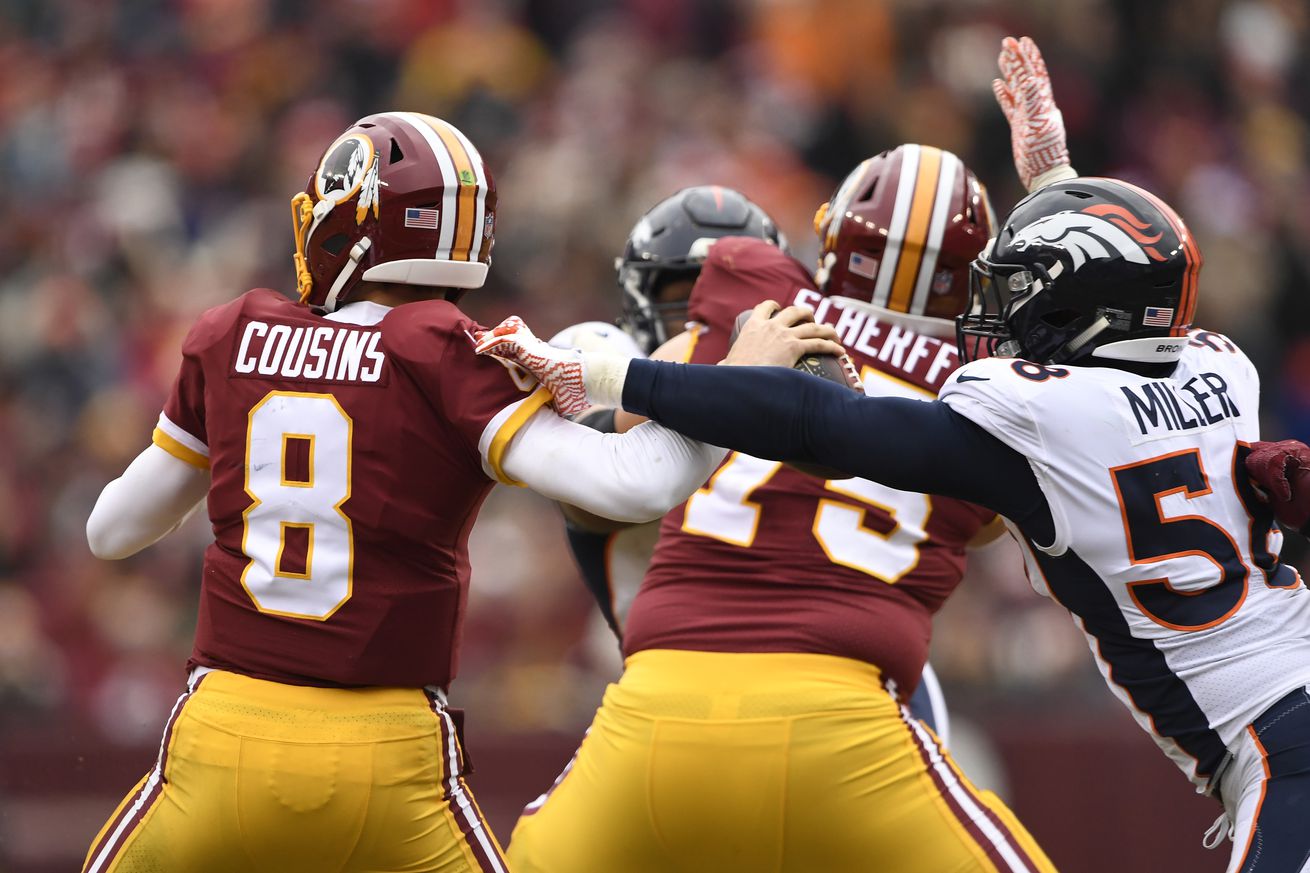 Von is a man on a mission.

As we know, Von Miller has been courting soon to be free agent quarterback Kirk Cousins ever since the season ended. He told Dan Patrick during Super Bowl week that “we need Kirk” and that he would put the Broncos over the edge.

“John Elway knows exactly how I feel about Kirk Cousins and what he’d mean to our team,” Miller said. “And what he would mean to a lot of other teams. He’s the hot quarterback on the market right now. …Yeah, we need Kirk. We need Kirk. I’d like to have Kirk. We have great quarterbacks now. Kirk could take us over the edge.”

Von went on to say this throughout the week when interviewed by other outlets.

It didn’t end there. Von is also using rainbows of all things to woo Cousins to join the Broncos. Cousins posted on his Instagram a photo of a rainbow with the caption “Love a good rainbow”.

Well, Von responded to this tweet in only the way Von Miller could. He tweeted out “You’re absolutely right! If Kirk loves rainbows, I LOVE RAINBOWs! Lol”

Von’s next tactic to persuade Cousins into signing with the Broncos is apparently cereal.

Kirk posted a photo of his two favorite kinds of cereal and how he grew up on both of them and that it was the time that both returned to his household. Well, the ever-watching eye on Von Miller didn’t miss this and had a connection with hopefully the next Broncos quarterback.

I’ve always said the best way to recruit a QB is via the common bond of cereal. pic.twitter.com/R7Vmi2NYhy

We can agree or disagree on Kirk Cousins all we want, but at the end of the day, the Broncos face of their franchise is doing all he can to make sure Cousins signs with the Broncos. Hell, I am sure we will find out in the coming weeks that Von tweaked his contract to free up some cap to make room for Cousins as well.

Keep up the good work, Von!

This post first appeared on Mile High Report, A Denver Broncos Community, please read the originial post: here
People also like
Gig Review: Kirk Fletcher, Blues Guitar Master, Pineapple Hill Saloon, Sherman Oaks, CA
ModernHaus SoHo
18+ Adult Movies Of All Time To Fulfill All Your Sexual Fantasies| Lolita, Exotica and More
Why Are CBD Capsules Trending in the USA?
Sports Betting Tips for Beginners
Ski Holidays in Switzerland: How to Pick your Ideal Mountain Resort
What We Could Learn From The Sierra Club’s Self-Reckoning
Plot-Character Integration Part 3 - The Starring Character For A Series
Sushant Singh Rajput was gearing up for a winter wedding this year, reveals his cousin : Bollywood News