Report: Belief is that both Demaryius Thomas and Emmanuel Sanders are safe 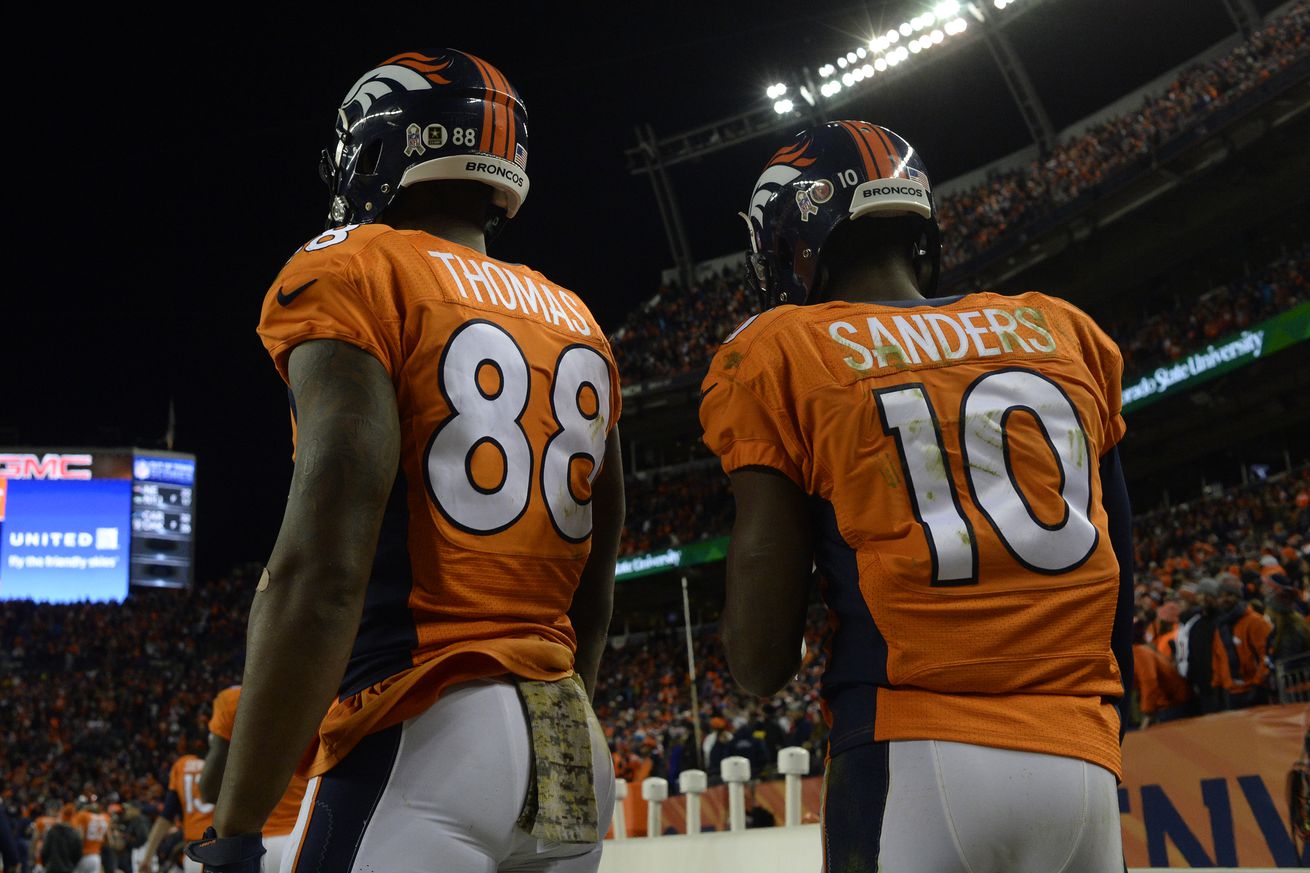 We have contradicting news here.

According to NFL Networks Ian Rapoport, the current belief is that both Demaryius Thomas and Emmanuel Sanders will be back with the Broncos in 2018. He states their run for a top quarterback(Kirk Cousins) as the reason for both of them being back.

The belief is both are safe with the chase for a top QB in mind. https://t.co/OKPx2m1MGy

This contradicts other recent reports indicating that the Broncos could lose not one, but both receivers this offseason. The Broncos have a contract decision to make on Demaryius Thomas and Emmanuel Sanders is reportedly on the trade block, so the questions about both remain.

I would assume that the Broncos and Thomas will be able to work out something that frees up some cap space for them and keep him with the Broncos. As for Sanders, I would imagine he is still on the trade block or a candidate for release. However, it appears that it is far from a guarantee that he goes anywhere this offseason after this report.

If one or both are expected to stay, look for the Broncos to make cuts to other parts of the roster. If this report is true, it all but guarantees that veteran cornerback Aqib Talib likely will not be back with the team. Also, players like C.J. Anderson, Menelik Watson, and others will be on the trade/chopping block as well.

It will be interesting how this all plays out in the coming days and weeks. If the Broncos are making a big run at Kirk Cousins they will need to free up some cap space. So we will likely see some cuts or trades(being agreed on, not done officially) in the coming days or weeks. However, it appears(for now at least) that both Demaryius Thomas and Emmanuel Sanders are safe.

Report: Belief is that both Demaryius Thomas and Emmanuel Sanders are safe