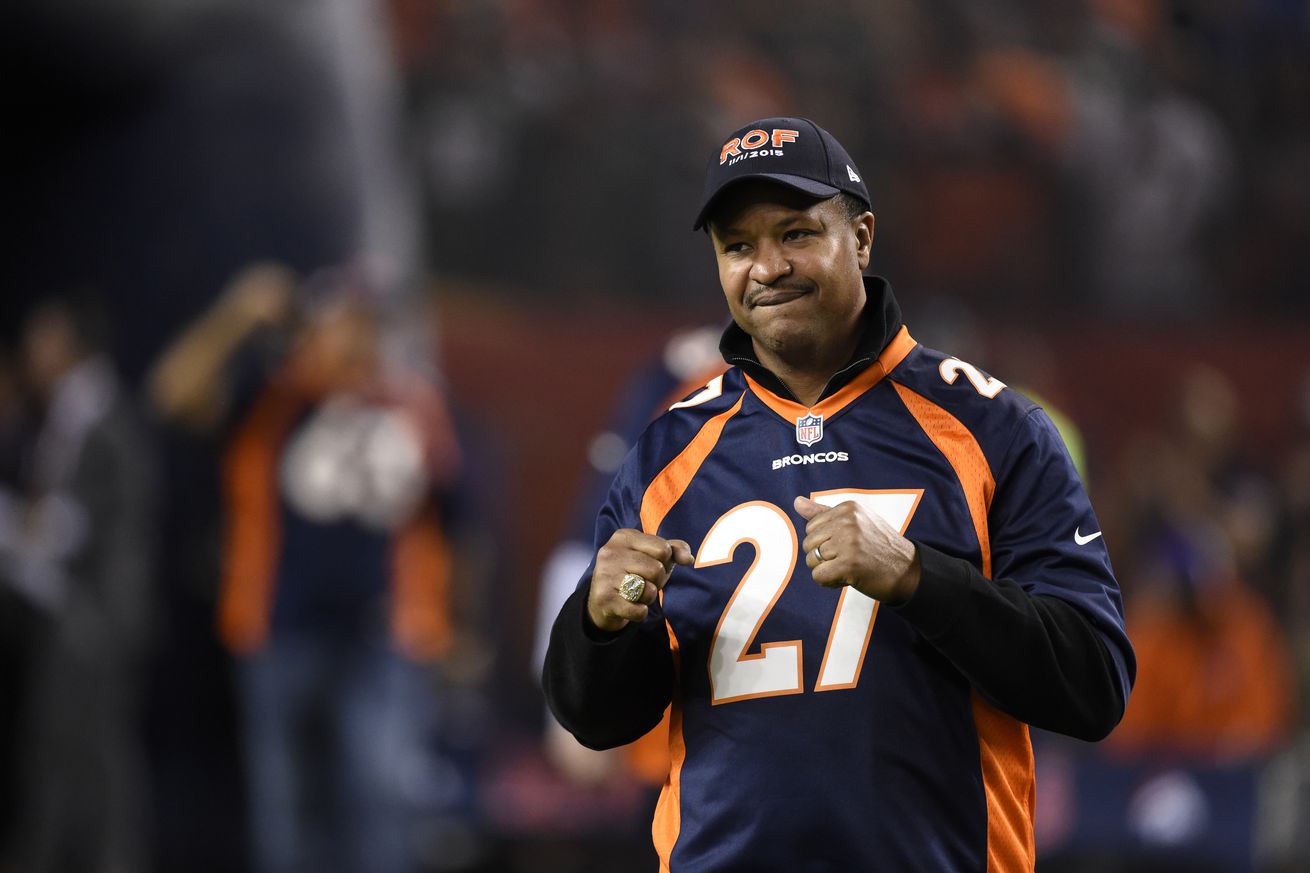 Did you cast your votes? Let’s see how the contenders did!

On Monday, Mile High Report presented Broncos Country with a March Madness-style Bracket and asked you to vote for your favorite media personalities. The response was incredible. In all, 1,904 people responded to the Survey Monkey poll that recorded the selections. Some of the outcomes were predictable (sorry Cris Collinsworth, but we all knew the shellacking was coming) and others yielded big surprises. Without further ado, let’s dive into the results.

In 2017 Dave Logan made it to the Sweet-16 round of this bracket challenge. This year he faced tough competition right out of the gate in Steve Atwater. Atwater Okoye’d Logan and will move on to the next round. New-comer DeMarcus Ware dominated Al Michaels as though he were the Carolina Panthers offensive line. In the battle of offensive lineman, Mark Schlereth Beat out bracket rookie, Tyler Polumbus. Brandon Stokley and Alfred Williams extended their victory streak to two in their repeat matchups against Mike Tirico and Ian Eagle. Cris Collinsworth was smoked by Shannon Sharpe. Lastly, the ground upon which Mike Pritchard walked has been scorched so badly by the beating Terrell Davis handed out, nothing will grow there for generations.

Last year, Tony Dungy made it to the Elite-8. This year, Tony Romo had more than a little to say about it happening again. Nate Burleson beat Phil Simms for the second year in a row. In the battle of former Bay Area quarterbacks, Steve Young bested Rich Gannon. In the contest of former Chiefs, Tony Gonzalez beat his former quarterback, Trent Green. Kurt Warner, Mike Mayock, and Randy Moss beat LaDainian Tomlinson, Rodney Harrison, and Michael Irvin for the second year in a row. Finally, Deion Sanders had no problem polishing off Steve Smith, Sr. 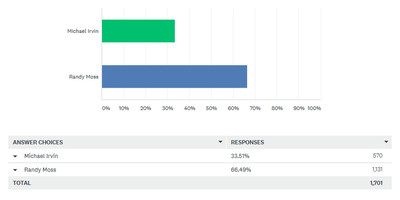 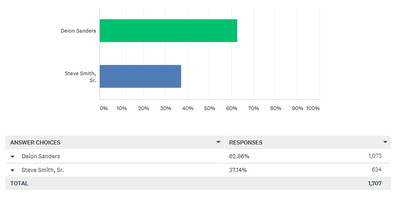 In the matchup of confusing consonant combinations, newcomer Brandon Krisztal was overcome by Mark Kiszla. Troy Renck and D-Mac slugged it out, but Renck came out on top by the thinnest of margins. Les Shapiro emerged as the favorite over radio partner Eric Goodman. Vic Lombardi devastated Cecil Lammey. Seasoned beat reporter and self-appointed arbiter of what is and is not news, Mike Klis beat local blogger Benjamin Allbright. Andrew Mason skated to victory over Andy Lindahl. Mike Evans advances to the second round over Ryan Edwards. Nicki Jhabavala will surely rub her Dove Valley press pass in everyone’s faces (again) after the devastating thrashing that Brandon Perna unleashed. 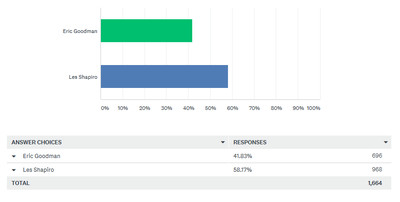 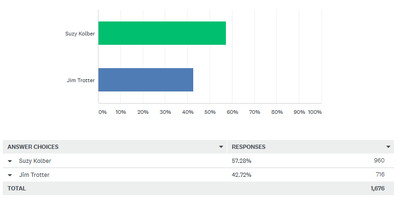 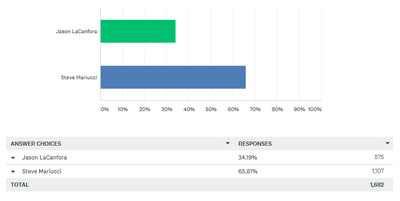 So there you have it, folks! Round one is in the books. How does the bracket look going into round two? Let’s take a look. 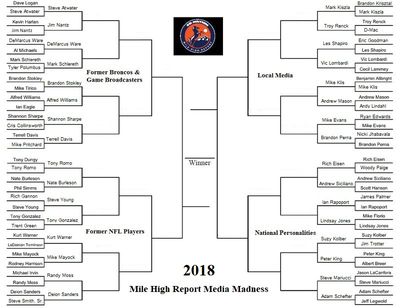 Voting for round two opens on Monday, February 19th at 5:00am MT. Good luck to the remaining contenders!