Super Bowl XLVIII: From start to finish, this game was mostly abysmal 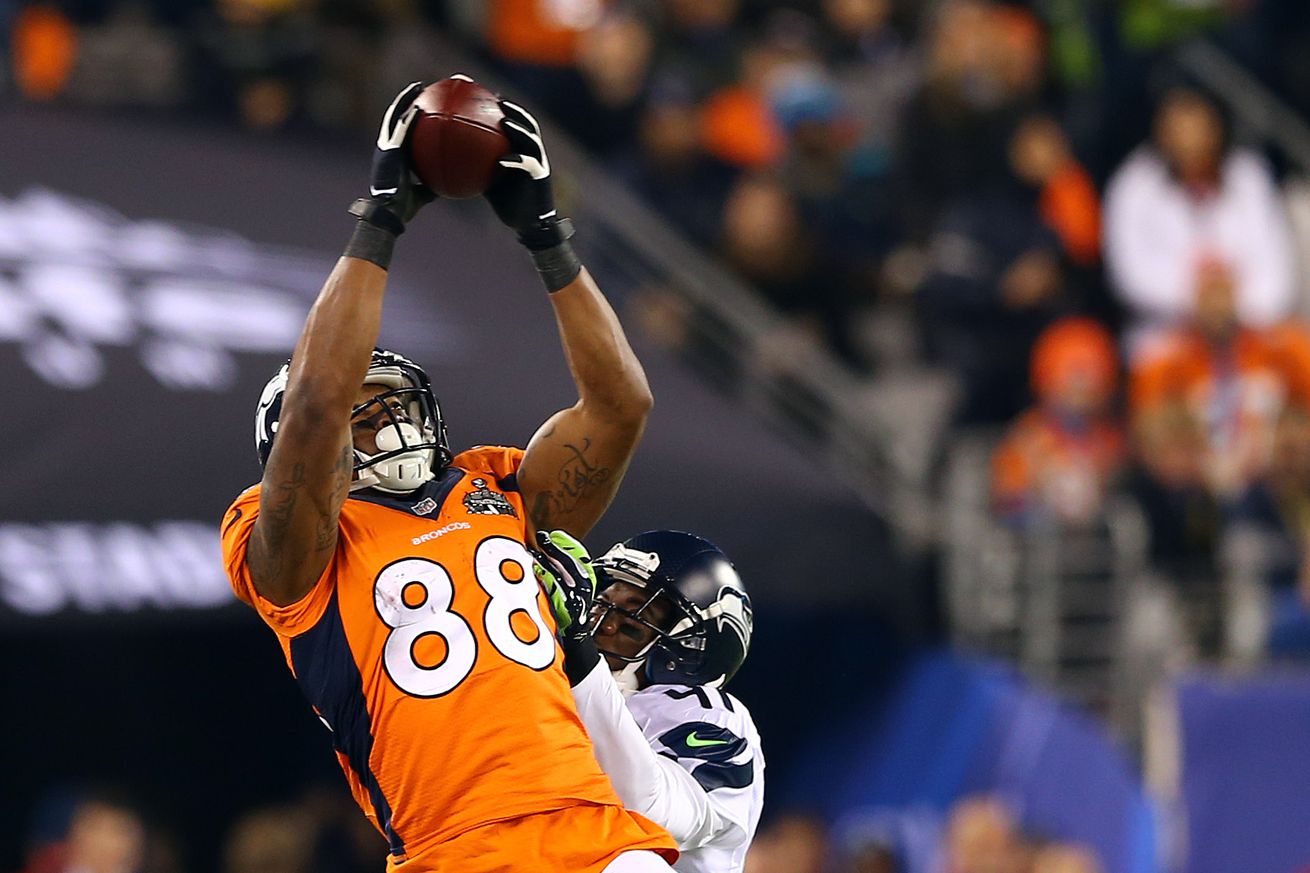 A fumbled snap for a Seattle safety within the first 12 seconds turned out to be the perfect metaphor for this game.

The geniuses at the NFL decided 2014 was a good year to go back to “cold weather” football, and hence, four years ago Super Bowl XLVIII was played in frigid New York City at MetLife Stadium.

Perfect when your future HOF quarterback has nerve issues and can barely feel his fingers on a warm day.

And that kind of juju hit the Broncos from the moment the 2014 Super Bowl kicked off.

There’s very little “good” to highlight in this game, so we’ll suffer together through the “ugly” and move straight on to the “bad” - which turned out to be very bad - before highlighting the ONE good thing that happened.

Even if that was really two years later.

Four years ago today the Seattle Seahawks blew the doors off the Denver Broncos to win their first title at Super Bowl XLVIII. pic.twitter.com/4g6J88vjX6

The first score of Super Bowl 48 came on the first play from scrimmage.

And it was the defense that did the scoring.

Executing the quickest score in Super Bowl history, the Seahawks defense scored a safety when Broncos’ center Manny Ramirez snapped the ball to Canada and running back Knowshon Moreno recovered the ball to prevent a Seahawks Touchdown.

The Seahawks became the first team in a Super Bowl to score on a safety, a kickoff return for a touchdown, and an interception for a touchdown - which was a 69-yard pick-six.

Led by NFL MVP Peyton Manning, the Broncos offense had been the most prolific in the NFL all season as Manning broke the league’s season touchdown Record as well as points scored.

Yet Denver’s eight points were almost 30 points below their scoring average all season.

The irony of it all was that all season Manning had been shattering records nearly every single week (from Wikipedia):

Week 1: Became the seventh quarterback in NFL history to throw seven Touchdown Passes in a game, and the first to do so since Joe Kapp in 1969.

Week 3: Became the first quarterback in NFL history to throw 12 touchdown passes within the first three games of a season.

Week 4: Became the first quarterback in NFL history to throw 16 touchdown passes within the first four games of a season; set a new NFL record for four-touchdown games for the 24th time in his career, surpassing Brett Favre; set a personal record for consecutive passes without an interception (201).

Week 5: Set a new NFL record for touchdown passes to start a season without an interception, with 20; surpassed Dan Marino for second-place on the NFL’s all-time career passing yards list.

Week 6: Set a new NFL record for touchdown passes within the first six games of a season, with 22.

Week 8: Achieved 2,919 passing yards, setting a new NFL record for the most passing yards within the first eight games of a season.

Week 13: Set a new franchise record for touchdown passes in a single season, which Manning previously set in 2012.

Regular season: Set new single-season franchise records for pass completions (450), pass attempts (659) and passer rating (115.3). Manning threw at least one touchdown pass in 49 consecutive games as a Bronco (including the playoffs) — a streak that ended in Week 14 of the 2014 season, shattering the old franchise record of 26 that was held by former Broncos’ quarterback Brian Griese.

Super Bowl XLVIII: Became only the third quarterback in NFL history to start a Super Bowl with two different teams — Manning started two Super Bowls with the Indianapolis Colts in 2006 and 2009; set a new Super Bowl record for pass completions, with 34.

2-2-2014, the Seahawks embarrassed the Broncos from the start, winning Super Bowl XLVIII 43-8! The Seahawks defense had 2 interceptions, 2 fumble recoveries and a touchdown. pic.twitter.com/iIk4VEoNDs

For the first time since 2003, this Super Bowl featured the NFL’s top offense against the league’s top defense.

And within the first seconds of the game, it was obvious which side was going to come out on top.

By halftime, the Seahawks had a 22-0 lead while the league’s MVP and his NFL-best offense couldn’t score a point.

Playing without Von Miller and Derek Wolfe, the Broncos defense got steamrolled by the Russell Wilson and his Seahawks’ offense.

It was 36–0 before Denver got its first and only score on a 14-yard touchdown pass from Manning to Demaryius Thomas, finished off by a two-point conversion via Manning to Wes Welker.

In the actual game, about the only good performance came from DT, who logged 13 catches for a new Super Bowl record at the time (New England Patriots’ running back James White surpassed that in Super Bowl LI with 14 receptions).

But we all know what the true “good” from this game actually was - an offseason with a pissed-off John Elway who went out and literally bought a defense to give his quarterback the goods for another Super Bowl run.

It didn’t happen right away. Elway had to clean house in the coaching ranks the following year and bring in a winner - Gary Kubiak along with Wade Phillips.

Phillips’ defensive genius and Kubiak’s measured hand navigated a tumultuous 2015 season that ultimately got Manning and the Broncos their revenge from 2014.

But we’ll talk about that fabulous game tomorrow...

#Broncos are getting no respect heading into Super Bowl 50 https://t.co/PZBPogXsEY pic.twitter.com/qVGJVg1W87

Super Bowl XLVIII: From start to finish, this game was mostly abysmal