Broncos’ first-round pick is grateful, excited, ready ‘to work my butt off’ 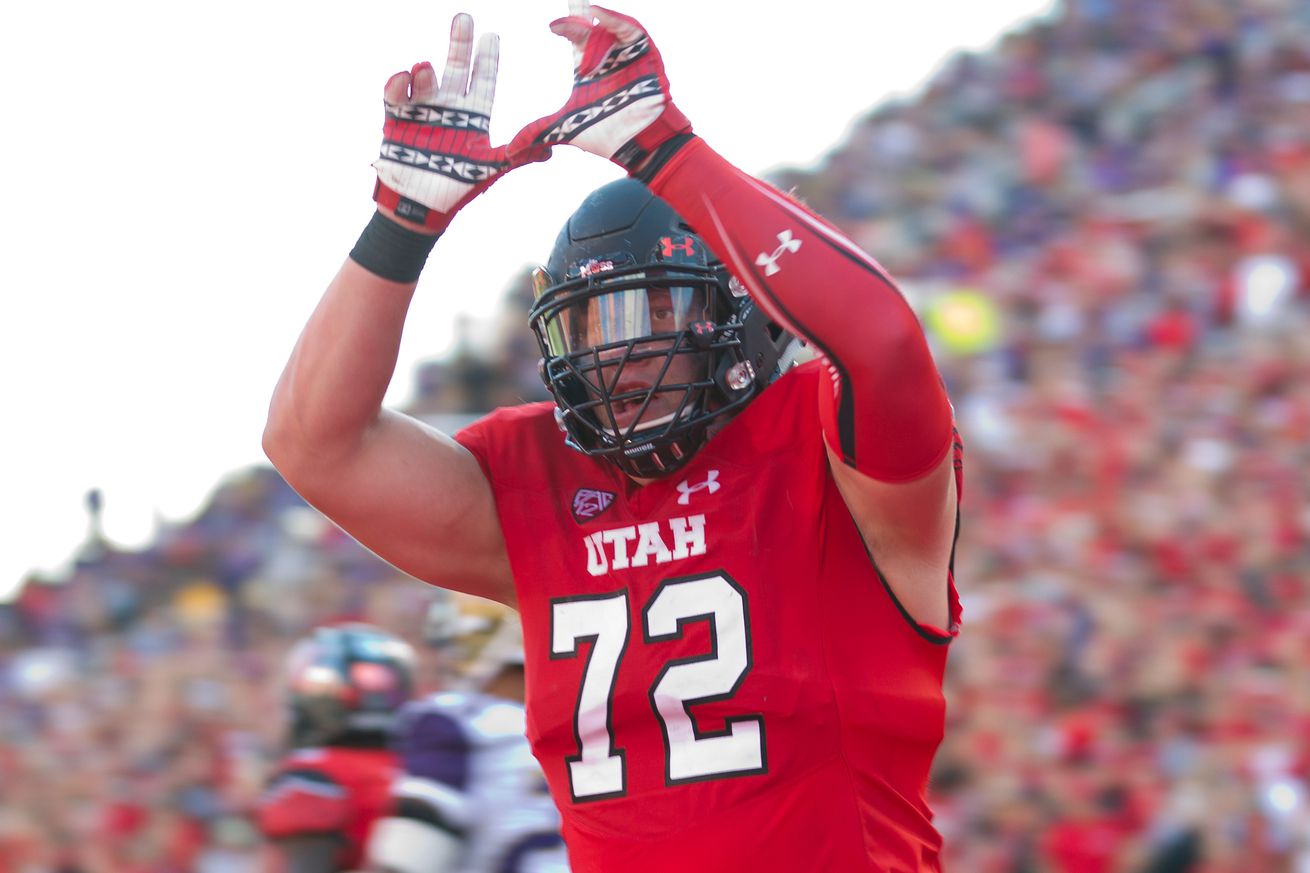 Garett Bolles couldn’t be happier coming to Denver, a city in which he spent two years on an LDS mission before going back to football.

If you were unsure about Garett Bolles as the Broncos first-round draft pick, his excitement to be here will most definitely make up for your lack of it.

And his enthusiasm to “work my butt off” could just win you over if you allow it.

Already referring to the Broncos as “we” and “us,” the offensive tackle feels like he is coming home. Having spent his two mission years for the Church of Jesus Christ of Latter-Day Saints in Denver, this city holds a special place in his heart.

“I love Colorado, and I love Denver. It’s very near to my heart because that’s where I served my mission, and I’m just excited to get to work with such a great organization,” Bolles said, adding his admiration for both Pat Bowlen and John Elway. “Now that I’m here and now that I’m a Bronco, it’s just a surreal moment, and I’m so grateful and honored.”

One of the things Bolles is looking forward to most is working with the guys on the opposite side of the line.

Having a rough background with a life on the streets, Bolles knew teams wanted to find out who he really was, if he were different than the troubled teen of his youth. His faith and football - along with his own budding young family - are what he’s about now.

“Everyone here knows my story, and they just want to see the kind of person I am,” Bolles said Thursday after being drafted No. 20 overall. “Faith, family and football is what I stand by and what I will continue to stand by for the rest of my life. That’s what means the most to me, my faith and my family. Football is third on my list. I’m just very grateful because without those two major things in my life I wouldn’t be able to play football.”

And Bolles has every intention of playing that football Week 1 of the regular season.

Whether he becomes the starter or not, Elway said he loves the talent as well as the attitude Bolles is bringing to the offensive line.

“We really like that ability and the explosiveness that he has,” Elway said. “I think he brings a great mentality to that offensive line that needed a jolt. He’s a perfect fit for what we’ve done in free agency and what we’ve brought in.”

“I think [Bolles] brings a great mentality to that offensive line that needed a jolt. He’s a perfect fit.” - John Elway

In fact, there’s a bit of a comparison between Bolles and current defensive lineman Derek Wolfe. Both have a tenacious mentality when it comes to football.

“[Derek] has become a fantastic player. If Garett follows those footsteps and becomes the player that Derek is, we’ll be very, very happy with that,” Elway said. “We were kind of giggling up there in the draft room. We’ll see how many times those two go against each other. We’re going to need a bell to stop them.”

Having to earn a starting role at Utah after transferring from junior college, Bolles sees this situation the same way.

And he already has a plan for that.

“I don’t think it’s going to be a challenge. You make it as hard as you want. You can either make it easy on yourself or hard,” he said, adding that it’s all about putting in work - taking care of your body, getting strong, learning from guys like Miller, staying out late and watching film.

“Every guy here is good,” he added. “That means you’re good too, and I’ve just got to believe in myself that I know what it takes to be an NFL offensive lineman. That’s what I plan on doing.”

All aboard the Bolles train - IT. IS. ROLLING!

Garett Bolles 'grateful' after going from troubled teen to LDS mission to starting Utah Utes lineman | Deseret News
Utah offensive lineman had a troubled life as a teenager, but is grateful for everything he has now.

Everyone should bring their baby on the draft stage - NFL.com
Utah tackle Garett Bolles' four-month old son stole the show when he brought him on stage after the Broncos selected him as the No. 20 pick of the 2017 NFL Draft.

How first-round pick Garett Bolles fits in Denver's offense
The Broncos' filled a huge need Thursday when they drafted a left tackle.

Possible Undrafted Free Agents The Denver Broncos Should Target Post-Draft - Denver - Scout
The Draft comes first, but what about the hundreds of NFL-caliber prospects who don't hear their name called on Draft Day? Erick Trickel reveals the players the Broncos should target.

John Elway, Vance Joseph expect Garett Bolles to solve Broncos' left tackle issue 'for a long time'
Garett Bolles was the first offensive lineman off the board Thursday, and the Broncos thought he was clearly the best at his position this year.

2017 NFL Draft sets record for most five-stars taken in first round
Five-star recruits were all over the place in the first round of the NFL Draft.

Steelers draft T.J. Watt, brother of Texans star J.J. - NFL.com
Texans defensive end J.J. Watt said that his younger brother, T.J., was better than he was at the same point in their careers. The Pittsburgh Steelers will find out if the Texans star was right.

Malik McDowell, Dalvin Cook among big names left after first round | ProFootballTalk
The NFL announced earlier this month that 22 players would be attending this year's draft in Philadelphia, although that number dropped by one when cornerback Gareon Conley changed his plans this week.

Longtime NFL reporter Ed Werder laid off by ESPN | ProFootballTalk
One of ESPN's most experienced NFL reporters is out, effective immediately. Ed Werder, who has a strong reputation for covering football and particularly the Cowboys, has been let go, he said on Twitter this morning.

Broncos’ first-round pick is grateful, excited, ready ‘to work my butt off’