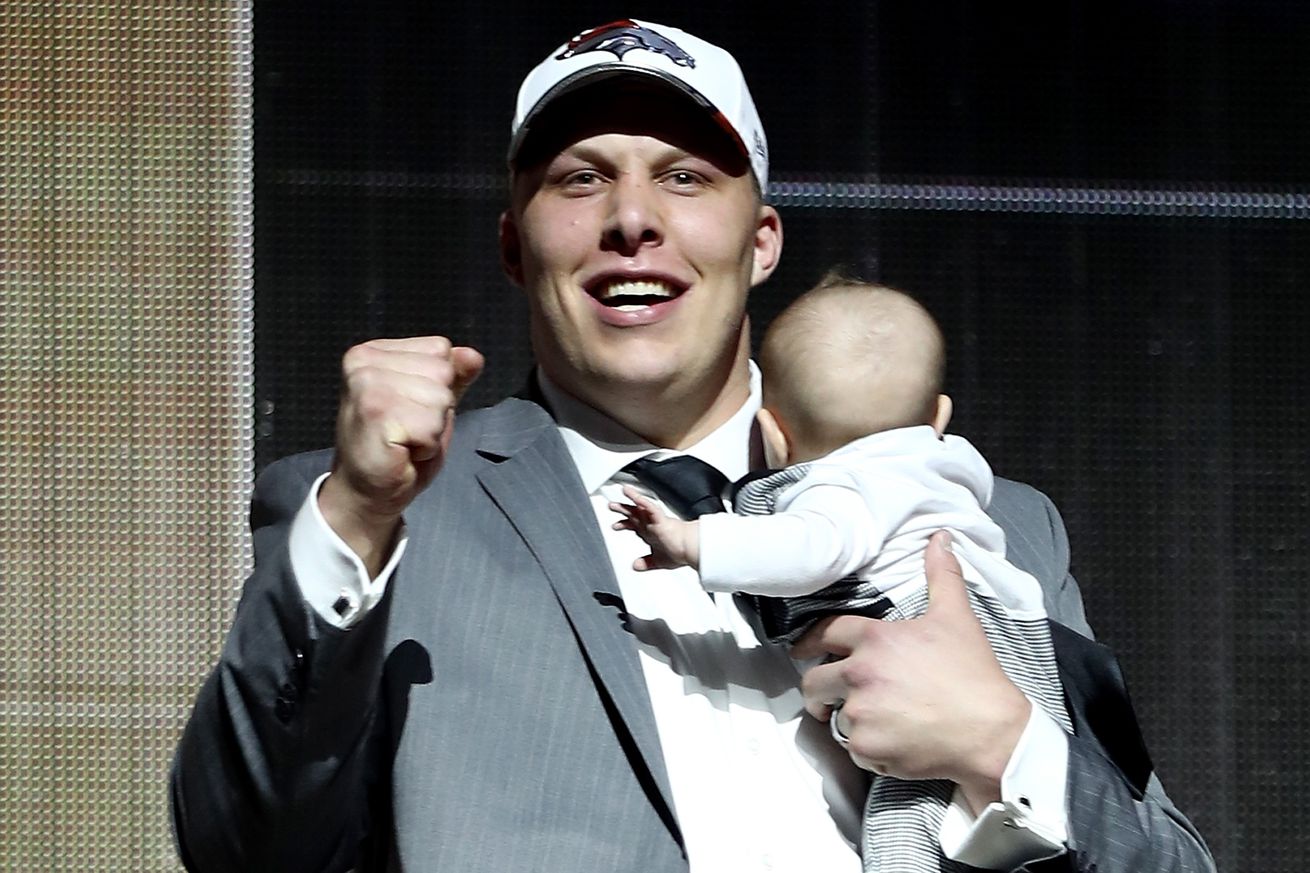 The Atlanta Falcons traded up to select UCLA pass rusher Takkarist McKinley in last night's first round of the 2017 NFL Draft. Now while all the attention is going towards his F-Bomb and his rant/speech, his talent is what made him a first-round pick, and likely someone who would have gone higher if it were not for an injury.

Anyways, the talented McKinley named one Tackle as the "best tackle he has ever faced" during his time in college, and that tackle is none other than Denver Broncos left tackle, Garett Bolles. (Props to Andrew Mason for finding this quote)

At the Combine, Takk McKinley called Garett Bolles "the best tackle I ever went against": pic.twitter.com/MpXZeXUiMr

McKinley calls Bolles "Strong, athletic, and physical" and called him a "prick". He goes on to say that's what offensive lineman are supposed to do and that Bolles gets under your skin some and that's exactly what you want those guys to do the defensive players.

That's high praise from a very talented prospect in this draft, and also someone Bolles held his own against when Utah faced UCLA this past year.

Since Bolles is an offensive lineman, he does not have many fancy highlight videos out there showing off his big plays and such, but there are some that show off his nastiness on the field.

First, and likely the most popular one is the kill shot he did against USC.


Bolles absolutely flattened the USC defender. This is the sort of nastiness Elway, Joseph, and Jeff Davidson wants from their blockers.


This next video shows off Bolle's athleticism and how dangerous he can be in the screen game and on the move. This is something that I expect us to see a lot of going forward.


This last one has some interesting information about Bolles, including is third best run-blocking grade from Pro Football Focus, as well as some highlights that show his skill set and athleticism.