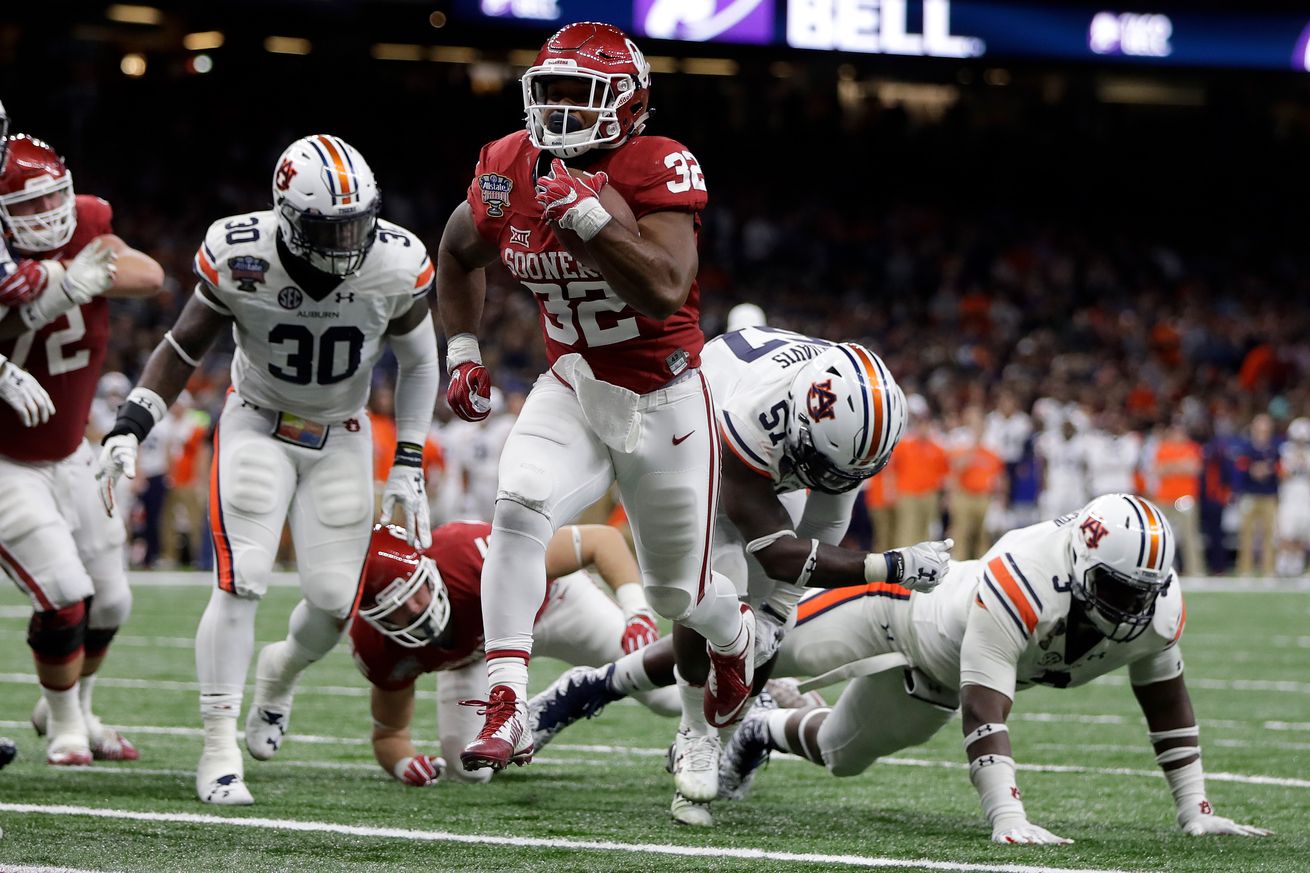 Breaking down the record breaking back from OU.

Samaje Perine (suh-MAH-jay PEE-rine) has been one of the most productive backs in college football over the last three years. He finished his junior year at Oklahoma as the school’s leading rusher, breaking the record previously held by Billy Sims and surpassing future NFL Hall of Fame running back, Adrian Peterson; not too bad of company. Perine ended his career with 4,122 rushing yards and 49 touchdowns.

Vechain Blockchain Technology Powers …
87 Ideas to Start a Side Hustle Busin…
Making a reusable produce bag using a…
My progress is my own business
World of Warships: Legends Review

In addition to his career stats, Perine currently holds the FBS record for most rushing yards in a single game. Chargers running back, Melvin Gordon, had originally broken LaDanian Tomlinson’s single game rushing record in 2014 with a 408 yard game. One week later, Samaje Perine hung 427 yards rushing on the Kansas Jayhawks, and the record still stands.

NFL prospect Perine once ran for *427 yards* in a game https://t.co/sYhOYcR1tJ via @sbnation

Has build and toughness to handle a heavy workload if called on. Gets a deep press off line of scrimmage before making his cut. Able to fit into the crevices between the tackles and come out the other side. Very powerful through his hips and thighs. Creates for himself with power. Arm tacklers won't like the results. Drives through initial contact and continues to churn out additional yardage. Pad level is always where it is supposed to be. Delivers a message when he finishes runs. Short yardage winner and doesn't have much wasted motion as a runner. Decisive in his downhill charge but does so with quality vision. Not a typical third down option, but has the soft hands out of backfield to be a solid screen and check-down option.

"I love Perine. Great kid, hard worker, reliable. He's a team-first player who will fit into a committee approach or can handle all the work. He will be a solid pro back." - AFC National scout

Perine is a physical runner who can create additional yardage through power and can be a complimentary "banger" for a team who already has a slasher. Perine doesn't have the burst or play speed to be a dynamic lead back, but he can handle a heavy workload if needed and he should become an immediate short-yardage and goal-line option.

What he does best:

Powerful runner who can force defenders to slip off tackle attempts.

Change-of-direction skills sufficient to make cuts based on at first and second levels.

Can shoulder a full workload if needed.

Physical, attacks defenders in pass protection, though will need to work on blocking technique.

Workload and productivity decreased over the last three seasons, partially due to Joe Mixon’s return. Also looked less explosive in 2016.

Can he make NFL defenders miss in the open field, instead of just running through them?

Vision is sometimes an issue if there aren’t clean reads.

May lack burst and speed to get the edge regularly in the NFL.

Good hands but average receiving threat. Wasn’t utilized as a receiver very much despite playing for a team that passed fairly often.

Bottom line: At a listed 235 pounds, Perine is a big, powerful running back who runs behind his pads. His balance through contact stands out and allows him to slip through tackles. He is active with his free arm to keep and create separation between himself and defenders. He’s more of a downhill runner but possesses change-of-direction skills to make the necessary cuts at the line of scrimmage and second level. Perine has good but not great speed. He will need to prove he can make defenders miss in the open field instead of just running through them. He was highly productive as a freshman in 2014, and saw a decrease in both workload and production each of the next two years. Some of that was due to splitting time with Joe Mixon, who was suspended in 2014, and an injury that caused him to miss a few games in 2016. However, he also averaged fewer yards per carry, yards after contact per carry, and his forced missed tackles less frequently. Perine is capable of handling a full workload, but he is probably best suited in a role as a power back paired with a more dynamic player to handle part of the workload and passing situations.

Samaje Perine was a really fun back to watch in college. He runs angry and looks to run through contact rather than around it. This was a very successful strategy at 5’11”/240lbs. Perine has the ability to bounce off of tacklers and keep his legs churning for hard yardage. If he got the ball inside the 10 or in short yardage, you just expected to pick it up or score.

The pro comparisons in the scouting reports both list Michael Turner as his comparable back, which I totally see, but I actually think he reminds me a bit more like Jonathan Stewart or even CJ Anderson with his ability to bowling ball through and off of contact, and their punishing running style. Anderson is a little quicker, more shifty, and smaller, but I could see Perine having a similar role and similar success as CJ Anderson has had in Denver.

Another great thing about Perine is that, unlike his backfield counterpart at Oklahoma, he has zero concerns off the field and is a very mature, team first player from the interactions I’ve witnessed from him. He’s the kind of high character guy you want on your team.

“I take more pride in blocking than in running the ball because I know how important it is,” he said. “Sometimes it gets overlooked by those on the outside. They see the touchdowns and the catches, but they overlook one of the most important aspects and that’s blocking for the quarterback so he can throw the ball and the receiver can make that spectacular catch.

“Blocking has always been big for me and that’s been one of the things I’ve worked on the most in my game. I’m still improving, but I can see a drastic change from when I started to now.”

“I just like to see the team happy and celebrating after a big win.”

A lot of our focus on backs coming out have been more on the receiver/returner types like Mixon and McCaffrey, but I believe Perine fits well in Denver as well. He could potentially fill CJ Anderson’s shoes if he isn’t retained next year and share the backfield with Booker, who could fill the speed/receiver back role with Perine being the bruiser.

I think he fits nicely scheme-wise too since Oklahoma ran most of their offense out of the pistol/shotgun, so Perine has no issues operating out of those formations that McCoy prefers.

Additionally, one of our team’s Achilles heels last year was short yardage situations, particularly on 3rd and 4th down; that happens to be Samaje Perine’s specialty.

I could see Denver giving him a look on the second day with one of their 3rd round picks as he would be a cheaper option at RB than some of the top tier guys, but potentially just as productive and effective at the next level.